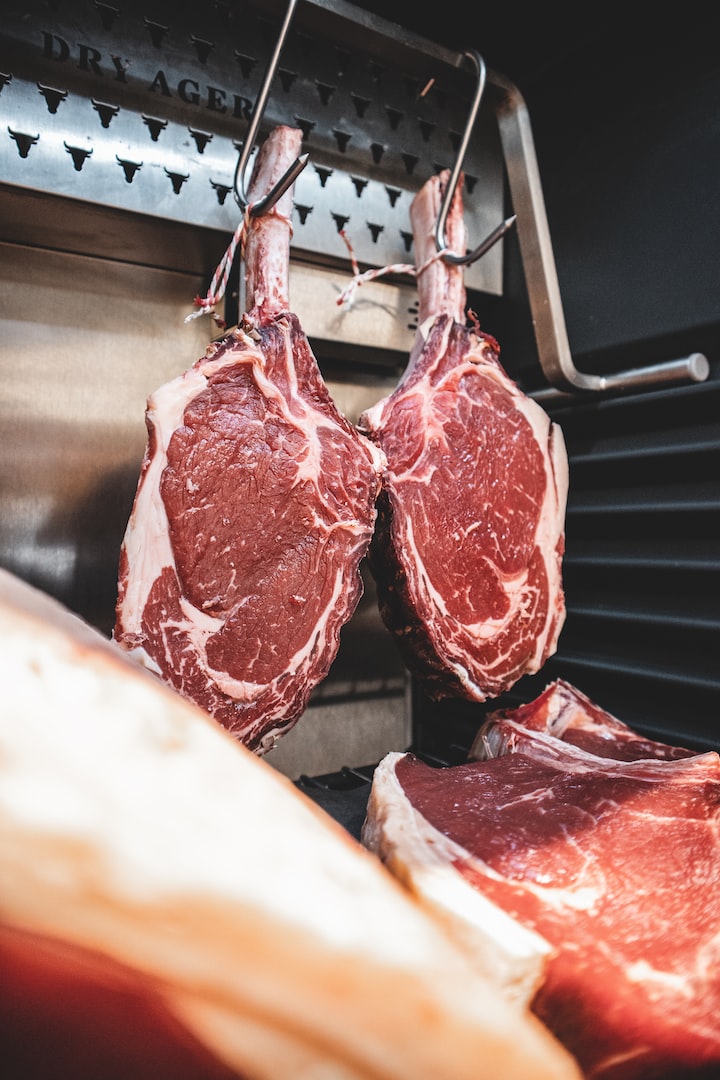 Photo by Kyle Mackie on Unsplash

Today we had to eat Chuck. I’m not bothered by it – he was kind of a rude guy anyway – but it is a bit of a concern. Eating members of your own tribe never sits well, regardless of how much they’re disliked. Unfortunately, when there’s a shortage of food, the menu has to be… extended.

Chuck was one of those cannibals that was just a little too into the whole thing. He started wearing bones as jewellery and talking like a Neanderthal from the Palaeolithic era a few months ago. I’m not sure how he thought none of us would notice. When the rest of us began to ask questions, he tried to brush it off like he had always been like that. What a douche. We all knew that Chuck was a twice-divorced accountant before the world ended a few years ago. I guess he was the only one who’s life actually improved when society collapsed. Well not anymore. Sorry Chuck. You were delicious though.

Eating people wasn’t always my way of life. Only five and a half years ago I was happily working away on my university degree. I spent my whole childhood working my butt off to get into law school, only for society to collapse shortly after. A degree in law is kind of useless when there are no laws anymore. Oh well, at least it gave me good bargaining skills, I guess. It also meant that I had experience engaging with blood-thirsty predators as well – a gold star on my post-apocalyptic resume.

I think everyone kind of saw that the world was ending but was in denial until it actually happened. As the planet slowly died from pollution, and the human population continued to expand, resources gradually ran out. There was so much pressure for governments to provide basic human needs, that the entire world descended into total anarchy. It’s surprising how quickly people turn on each other when times get tough. It’s sad really. I guess in a way, we kind of deserved what happened.

After a few years, food started running out and people got a bit desperate. Of course, there were always raids and fights, but when there was no food left to steal, we quickly resorted to more creative ways of satisfying hunger. Cannibalism isn’t ideal, but it’s necessary, for now at least. The way I see it is – if you can’t beat them, join them. I probably would’ve been another meal for the cannibals a few years ago myself if it wasn’t for my old neighbour, Otto.

Three years after D-day, I was scouring houses in the outer suburbs for food. I was orphaned shortly before the world ended so it was just me and myself at this point. I guess I must have walked right into their turf because one minute I was rummaging through an old pantry, the next I was surrounded by eight beady eyed figures. One of them lunged at me with the biggest machete I have ever seen, and then stopped profusely right in front of me. I still remember so clearly how he responded.

“Alex? Is that you, lad?” Otto asked in his disturbingly friendly English accent.

Never in my life did I think I would receive such a warm welcome from someone who, just moments before, was attempting to decapitate me. After that, they took me in, and I’ve been with them ever since. They’re my family now. All eight of them. Well, seven now that Chuck is indisposed. Rest in peace, Chuck - forever in our hearts, and temporarily in our stomachs.

Like any family, we have rules. Don’t steal, don’t lie, no hats at the dinner table, etcetera. Chuck was never a fan of the family rules, which is partly why we decided he had to go. It’s an unspoken rule that if we come across survivors, we always prey on the ‘Chuck’ of the group, and we never ever eat a child. We have to have some morals, right? We’re cannibals, not monsters.

But despite all I’ve been through with them, this family isn’t enough for me anymore, and deep down I guess I crave a higher level of connection. I’m lonely. I’ve recently come to realise that the antidote for my loneliness has been in front of me the whole time - Jennifer. The love of my life. She doesn’t know it yet though.

She’s the only member of this family that still brushes her teeth. I had to spend the morning picking Chuck’s liver out of mine. Her eyes are the most gorgeous deep-sea blue I have ever seen, and her smile is unforgettable. Maybe she’s a bit out of my league, but I have to shoot my shot. I don’t want to be alone forever. I’ve had time to realise that since the world ended. Sometimes you’ve just got to bite someone’s jugular to really discover what you want in life, you know? The apocalypse has been a journey of self-discovery for me. Now, I finally have a plan.

A few weeks ago, Jennifer lost her heart-shaped locket on one of our hunts. We searched for hours but never found it. She was devastated. It contained a photo of her and her 'real' family, who had passed away during the world’s decent into chaos. It was sad, but in a way, also a great opportunity for me to win her over. A few days ago I came across a small locket while out scavenging. Initially I thought it was hers, but it turned out not to be the case. It did give me a brilliant idea though. I couldn't exactly get Jennifer roses or marigolds given that the world was now a desolate wasteland, but luckily for me I had another trick up my half-torn sleeve.

I was always good at drawing. I used to practice it all the time. My teacher once criticised me for drawing sketches in maths class and said that “those drawings won’t get you anywhere in life”. Well I guess you were wrong, Mrs Robinson. I’m sure the Pythagoras theorem served you well in the apocalypse. It’s day 1814 of the apocalypse and I am yet to complete one single algebraic equation. Drawing, however, is going to change my life. After I found the locket, I spent almost a whole week sketching up the perfect drawing of Jennifer’s family to replace the photo she lost. Not to toot my own horn, but it looks pretty amazing in the new locket.

Now all that’s left to do is work up the courage to ask her out. I’m not sure where you’re meant to go on a date in a post-apocalyptic wasteland. Maybe the bone yard? Or would that sound too much like an innuendo? I guess that’s only a problem I’ll have if she says yes. Thinking about asking her is making me so nervous, which is saying a lot considering I witnessed the end of the world and barely batted an eyelid. I can feel my palms getting sweaty, and my heart is racing already.

It’s not every day you have to confess your love to a literal man-eater.