What if we were the animals? 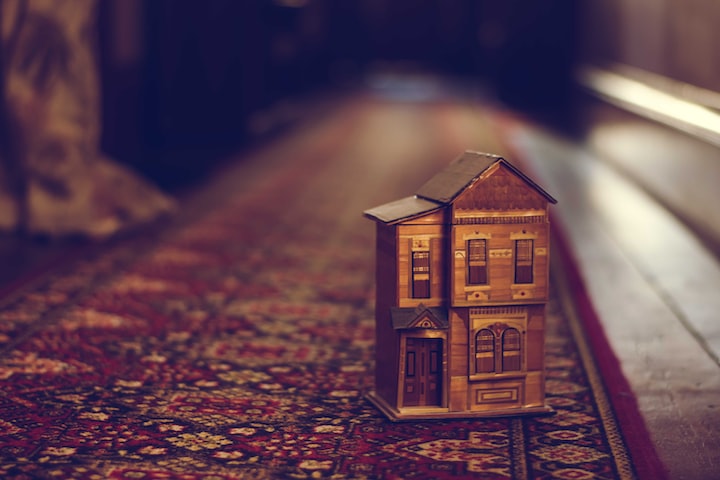 Photo by edgeeffectmedia.com on Unsplash

I returned to my captors on the third day. The three of them surrounded me where I almost couldn’t breathe. The smallest one held me the tightest: I named her Delilah. The first thing Delilah did after bringing me back inside was put the locket with my name and foreign symbols on it around my neck. I clutched it and traced its heart shape with my dirty right index finger.

I thought I’d last longer. I managed two nights before the endless wandering and cold drove me back. I had been bragging to the others about an escape for months and I couldn’t even last three full days. How embarrassing.

Delilah took me to my bathroom and handed me a package wrapped in brown paper. It was light and had flowers and foreign letters on it. I stared at this small suspicious package resting on my open hand unsure of my punishment for running away. Delilah pushed my arm with the box towards my chest and I took a step back. I scraped at the tape on one side with my dirty fingernail careful not to tear the paper. There was a plain thin white cardboard box inside, which she pushed towards me again. I lifted the lid trying to hide the shaking of my hand and saw a large purple bath bomb. The lavender scent escaping from the box.

Delilah took the box from me, started the bathwater, and dumped the bath bomb into the tub. I suppose I should be grateful; they did build me my own house. But I miss my home. And my dog, Samson.

I undressed and dipped my toes in the water but pulled them out quickly from the heat. It almost felt good since my feet ached from all the walking. I added a bit of cold water and submerged myself. Delilah brought me my favourite dish, fettuccini alfredo, and a glass of red wine. It was the best pasta I ever had. Although, that could also be because of the hunger. Delilah washed my wavy dark hair and sang a slow melodic song to me. I couldn’t understand the words but she had a nice voice.

After the bath, I fell asleep quickly and I’ll admit, the bed felt good. I slept in the next day but I could tell that Delilah wanted to take me to the park by the red restraint she held in her hands. I rolled back over in bed but she forced me out. She chose a soft yellow ribbon for my hair and a bold yellow dress and ruby red blazer. I put them on slowly to waste a little time.

“At least I tried. Not like any of you lazy, complacent dystopets could have lasted even one day,” I said and crossed my arms. I looked around at the others who were giddily running about throwing a football to each other and howling in mock celebration as one spiked the ball near a post.

“What’s the point?” asked Gustav and flicked his hand through the air. His light grey hair was slicked back into a tiny ponytail. “In this new world, we are as you say, the pets. Might as well enjoy whatever time we have left.”

“It’s not right,” I said and kicked at the dirt.

When they had first arrived, it was a novelty and fascination. Their giant hard-shell casings shimmered with different shades of greys, blues, greens, and every other colour. There were hundreds of ships in the sky scattered throughout the world and they didn’t seem to pose any threat. Different governments, armies, and scientists, including myself, tried communicating with them for nearly a year but we never succeeded in understanding them.

They were gentle and gave us access to their ships and let us test their bodies, which were almost like upright tortoises with two arms and legs and a shell covering their whole beings. They moved easily and gracefully with no apparent sluggishness. We didn’t know what they were or how to protect ourselves in the event they really did want our planet.

I had been working with Delilah, at that time known as FSB-113 (Foreign Sentient Being), and her family for months before the explosions. I’m not sure why they waited so long, maybe they were gathering as much information about us as possible, and then when we were no longer of any use, they leveled it all. The heat fields in an emerald green light came directly from their large circular black eyes. In a matter of minutes, everything and everyone was gone. The only remaining humans were the thousands aboard their ships. And the only things of mine that were left were what I had with me on Delilah’s ship.

Over the next several months, they began to build their own habitats on earth and brought most of us and our remaining belongings back down with them. For some of us, they created our own homes within or around their homes. Ours were nearly identical to what we had before, with a few exceptions, such as they were able to lift the roof up or open the entire side of the house to peer in. They had running water though and electricity and they even provided us with books, game consoles, exercise equipment, and televisions with access to old shows and movies.

“So, what, we’re just supposed to live out our lives as their pets? You were a general in the army, Gustav! Surely there’s a way to escape or get rid of them,” I said. The dirt clung to my boots.

“Look around, child. There’s nothing left. Do you really want to end up like the others? Burnt to a crisp?”

“Sometimes I feel like they were the lucky ones,” I said, all conviction in my voice gone.

“Maybe they were but we’re here now. We don’t have to worry about mortgages or famine or global warming.” Gustav caught the football from one of the players and threw it back into the game smiling at their cheers.

“Don’t joke, Gustav. You’re not as funny as you think you are. You also won’t be sent to any breeding camps so they can have their newborn puppies,” I said using air quotes for the word puppies.

“This is true, dear. This is true. I am of no use there.” He put his arm around me and tapped fatherly on my shoulder blade. “But maybe you’ll get lucky and they’ll match you with one of the celebrities they kept, like Zac Efron or Liam Hemsworth. Or one of the Jonas brothers. I heard they’re letting them have a concert soon in the new stadium they built us.”

I couldn’t help but smile at Gustav then. “Yeah, maybe,” I replied.

The sun seemed a little brighter. Many of the trees were growing back and the grass was beginning to grow again. Spring was on its way and a warmth began to touch my face.

Delilah rattled my red leash from the park entrance and started gliding towards me. “Time to go, Gustav. See you tomorrow,” I said.

“Not if I see you first.” He kissed both of my cheeks and walked away with his hands clasped behind his back.

Delilah served me some cookie dough ice cream when we got home and brushed my hair. She also held my fingers delicately in her huge hands and gave me a manicure with dark red nail polish. Once she was done, she patted me on my head and put me in my office: My favourite room.

I looked over the books on the shelf to choose a new one to start and stopped at a picture frame. I took the frame down and ran my freshly painted finger over the glass admiring the dark fluffy fur, bright yellow collar, and red heart-shaped tag with the name Samson and my old phone number written on it. “You were such a good boy,” I said aloud to the frame. I placed it back on the shelf and chose a book I hadn't read yet. I sat in the comfy chair by the window with my legs hanging over the armrest and opened A Dog’s Purpose.

If you enjoyed this piece, please consider giving it a heart, sharing it on social media, or a tiny tip, which is always appreciated. To read my 1st place story, Yard Wars: The Rise of Obi-Wan Catnobi, or to read more of my works, please visit my author page. Thank you for reading.

If you’d like to become a member of Vocal+ and join this amazing community, you can sign up here.

Currently in Toronto, Canada developing my writing skills and growing an audience. Any tip given to help me pursue this endeavour is greatly appreciated. Thank you!