by Kris Brinkerhoff 6 months ago in Fantasy
Report Story 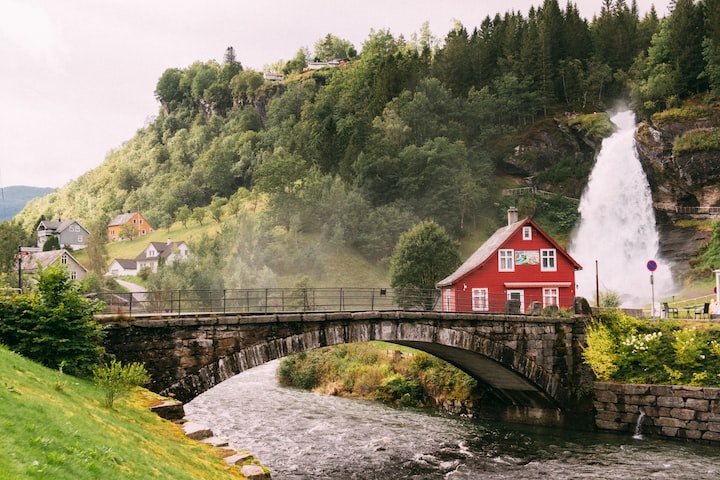 “There weren’t always dragons in the valley,” thought Jack. “Nor were there many who allowed riders,” Fie said as they sped through the clouds. This treasure haul was a small one, but rewarding. It felt good to be apprenticed to a Dragon Master even if the lessons were not held regularly. It made it all the better to realize he had been entrusted with such a daring deed as going to the treasure-filled chasm. Mind you a person had to know where and what to look to find it. Notwithstanding the treasures a person could find–not everyone dared to go there–unless they had a halfway decent dragon. And Fierra was just that.

Nearing the town, Jack tugged to right to fly along the south of town and give sport to a group of 17 year-old bullies. They were always anxious to prove that no one could pass over their turf without paying the toll. Jack, whenever he was in the air with Fie, was very obliging to take on the brutes. But, it was the same each time. Cursing and yelling from below about “not playing fair” and “if he was lower down to the ground” they would be rubbing his nose in dragon dung–or some other pleasant-sounding thing like that–before helping him out with a good cleaning. This only meant a head first “first-class trip” to the water closet.

“No thank you!” Jack hollered down. Nothing could catch them with the speed they were going. But this time popping shots rang out from below. Webs! “Pull in Fie!” Fie slapped her wings to her sides as wizzing noises zoomed past their heads. They began to dive. “Scoop!” Jack yelled. Fie inched out her wings into position and with a Pop! They were gone.

“Dag-nabbit! We almost had him. If only I had a dragon! I’d be able to catch that little whipper-snapper and teach him a lesson.”

“What about this?” said Xander holding out a sparkly red gem on his palm.

“Oooo, that is pretty. He must have been harvesting at the chasm. Good shot boys. We’ve collected our fee after all.”

“Whew! That was a close one Fie,” Jack said more to himself than her. “I am getting careless.”

“Or over-confident,” he heard in his mind. Fie always pointed out the positive side of things while Jack saw just the plain truth.

Jack walked over to the table and dumped out their small stash of things they had collected from the chasm’s side. A few old rings, gold coins, two small daggers, and where was that red gemstone? Did I put it in my pocket? No, everything always had to go in the leather sack. At least that is what Master Rexland had said.

“Oh no! I think we lost the red gemstone Fie! I shouldn’t have taunted them. They knew where to shoot from the sound of my voice! You blaggards!”

“You know they can’t hear you don’t you?” Fie’s voice drifted through his thoughts.

“I don’t care. I figure it will reach them sometime. When is our meeting with Master Rexland?”

“The messenger has not yet let fall the leaf,” Fie said looking up at the beetle holding the green paper leaf above the sun dial.

Quickly the old man stuffed the golden records deep into the leather bag and effortlessly hopped on his dragon’s back. The dragon sensing her friend’s desires rose in the air with a powerful jump and then spread her wings out over the updraft. Her jet-black form drifted ever upward in the silent night sky. The torches surrounding the clifftop became little dots along the mountain. They were always hired for high-profile jobs like this. Yet, no one knew them except by their code names. Only this time they would not be delivering the goods back to the buyer. After all the records were taken from them just a week ago.

The gong started clanging just after sundown around the castle with soldiers running to secure the gates and line the stone parapets, but they were too late. The records were gone and the man and his dragon were already out of site. The Council of 10 wasn’t used to being disobeyed. Nor did they suspect one of their own had crafted the disappearance of the sacred records only a day after being drawn out of the fractured chasm.

They had searched, or rather, ransacked homes around the countryside, finding nothing but angry people who did not like being disturbed and who would have done something about it. If they had the numbers on their side. Power was not on their side and the Council of 10 spared no expense in taking care of their soldiers. It was not until using a bit of well-placed metal “persuasion” next to the innkeeper daughter’s neck that they were tipped off about the record’s location. Now it had slipped through their fingers once again. Perhaps another trip to the innkeeper’s place?

More stories from Kris Brinkerhoff and writers in Fiction and other communities.