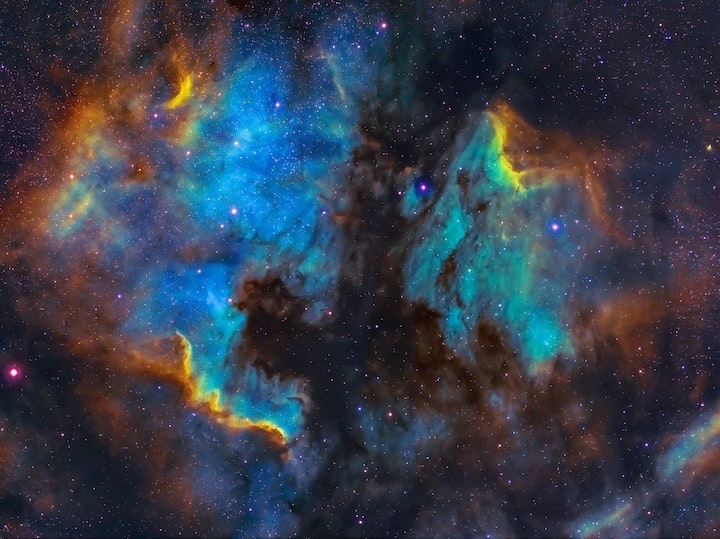 Nobody can hear a scream in the vacuum of space, or so they say. But the screams came through loud and clear on the open channel that day on Moon Base 1.

Hissy static echoed back on the com channel.

“Colonel! We’ve lost all communications with the Core.”

The screen showing dots of light at each active Moon drilling location all popped off at once, except at the Core—angles 10.91 and 12. The quiet of the radio communications drilled into the colonel’s mind after hearing the normal chatter during a regular 9 to 5 day.

Colonel Thomas raced through his the steps and variables to find the anomaly. “What was going on? This cannot be happening! This was supposed to be another boring, normal, lunar day at Moon Base 1. “We’d prepped for this by doing multiple previous extractions. True we were drilling slightly deeper into the Core and extracting more of the center element. But it was necessary this time. We had to get all of the unbalanced metals. This was definitely something to go into his report. Other times we drilled a slightly smaller hole at the side, but with no decisive effect like this. Yet, there was no reason to believe anything would be different than what happened on the other moons much further away in space. The steps were always the same. Hit the Core. Extract its rich, center elements while leaving the tougher outer shell. Fill in the core’s center with an exchange material. Then like worms in reverse, pull in the drilled rocks and space dirt behind us while moving up the shaft. Finish off filling in the various tunnels, side shoots and trenches. Then seal it all off back on top. Pack up our base, launch, and begin the three month journey home. Only this time we were much closer to home and could see her deep blue oceans and the gray green land masses below basking in the sunlight…”

Deep, trembling, magnetic frequencies slowly rippled up from the core and across the barren landscape, snapping Colonel Thomas back to the reality of the current danger. Then nothing. Nothing.

”What? How did we go from massive seismic activity just five minutes ago to Normal!!”

“After the major tremors all our readings flatlined. I wouldn’t have believed it if I weren’t glued to this monitor. It appears like nothing is going on. It stopped. There isn’t anything on the scanners here—but the sine wave frequencies are pulsing now toward Earth!”

Colonel Thomas quickly punched in the coded number and activated the com for the emergency line. The SOS code immediately reverberated down to Earth racing against the invisible disintegrating connection holding both spheres in their proper orbit.

None of the climate experts said this could happen. All the computer models and their computations were always benign. Even if some of the material leaked out of the core and onto their core’s outer shells, nothing. No variables. No troubles, and definitely NO Seismic activity. This was not even a part of the possibilities. Well, they were all Damn wrong except for one person and she wasn’t even thought of as an expert.

“Just let me know the day before you hit the core,” was all she had requested. That was six months ago. Somehow she knew. She knew. Why didn’t she warn us? Why didn’t……. She did. We just didn’t listen.

From our vantage point on Earth looking up to the Moon not much appeared to have happened….but on Earth below the sirens blared and blared and blared. There was nothing to hold on to and the collective screams on Earth were never heard on the Moon… The Fragmentation had just begun.

Looking back now everyone remembers where they were during the fracture of the Earth—in those fateful moments, we were literally frozen in place. The strength of the pull of gravity from Mother Earth increased tremendously during all the groaning and rumbling, creaking and cracking as the rocks broke underneath their feet. Violent, shaking pressure made our legs give way as we were yanked down under the strain of gravity—everyone was pulled to the earth.

Strange as it seemed, it was as if Mother earth was trying to protect us during her extreme suffering and pain. Instead of letting us get shaken off we were pulled close into a tight hug on the ground. Then the extra pull of gravity was gone. The intensity of pressure lifted.

Huge rifts and ridges were now all around and a sense of weightlessness grew as we noticed floating chunks of Earth over the horizon. It was a miracle no one was killed in our community, but it would be many moons to pick up the pieces of our lives.

More stories from Kris Brinkerhoff and writers in Fiction and other communities.