Re: I'm back and I'm watching you 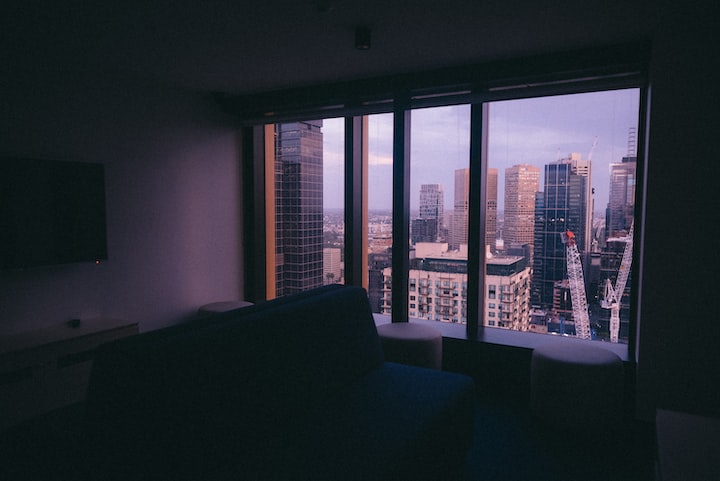 Re: I'm back and I'm watching you

I was at the club in Puerto Vallarta when I received your little cease and desist letter.

It was just past dusk and the first performer was strutting onstage in front of the velvet curtains as the cool breeze weaved between the bodies on the still half-empty dance floor. She was a young drag queen with a rising star, lots of talent, and a blonde wig teased with promise. The guy I'd been spending most of my time with, a cute videographer making a name for himself with distinctive Instagram Reels at the various clubs around town, was at the foot of the stage watching through the iPhone lens that became an extension of his body as he bounced through the crowd – when he’s working you barely realize he’s there until suddenly you feel the frame around you, the intense energy connecting the viewer and the gazed upon. I won’t tell you his name because you don't deserve to know. Let’s call him X. He had so much power and it vibrated every pore of his being, but almost nobody noticed.

Almost nobody saw how he bent his neck and wrist in precise angles that could only be calculated by intuition, the way he swerved from heel to heel and pivoted in uncanny ways as the gaps between the perfectly toned biceps and abs of the tourists shrank and eclipsed his slender arms. In the sweeping spotlight's reflection off sweaty, shirtless men, X. became a cool breath near everybody’s knees. Almost nobody realized he was there until they became the center of his attention. What happened next was up to him and how he framed the scene, how he cut the clips together, who appeared next to or before someone else. The story of the night was dim as memory vibrating under pulsating lights with a bit too much to drink.

Then again, X. was exactly the type of person I’d notice. Maybe I’ll tell you about how we met another time, if I’m ever in the mood, but now I’ll tell you this: I stood with a speaker blasting Britney Spears into my ear while I sipped a rum and coke and checked my email for the first time in weeks. There, almost unnoticeable under piles of spam was the message from your wife’s father’s company’s lawyer, who last time I checked was under your purview as the President of the firm? I swear I didn’t have a panic attack at the bar. No, I read it calmly before leaving the tab I opened with your Black Amex for anybody to use. I left X. without telling him where I was going and went back to the condo paid for with another one of your cards, broke every single piece of furniture, tossed each porcelain plate like a frisbee at the granite countertop, cooked a ball of tin foil in the microwave until it shortcircuited. Then I lay on the mattress next to the destroyed headboard and boxspring watching “The Love Witch.”

I’d honestly forgotten all about those tweets after the concerned parties blocked me and wasn’t watching for any reaction, so I truly wasn’t expecting it. I certainly wasn’t mad. I guess talking publicly about what happened did spook the shareholders and cost everyone more money than I’m worth. Whatever, daddy.

I’m writing this to let you know I’m back. You did such a good job of changing the locks to all your properties but you forgot to tell the doorman not to let me in. Oh well. I’ll be squatting across Central Park from you writing these emails until you tell me to stop.

*Note: This is a work of fiction. Unless otherwise indicated, all the names, characters, businesses, places, events and incidents in this Vocal series are either the product of the author's imagination or used in a fictitious manner. Any resemblance to actual persons, living or dead, or actual events is purely coincidental.