by Joe Nasta 11 months ago in Fable
Report Story

A story about moving through grief 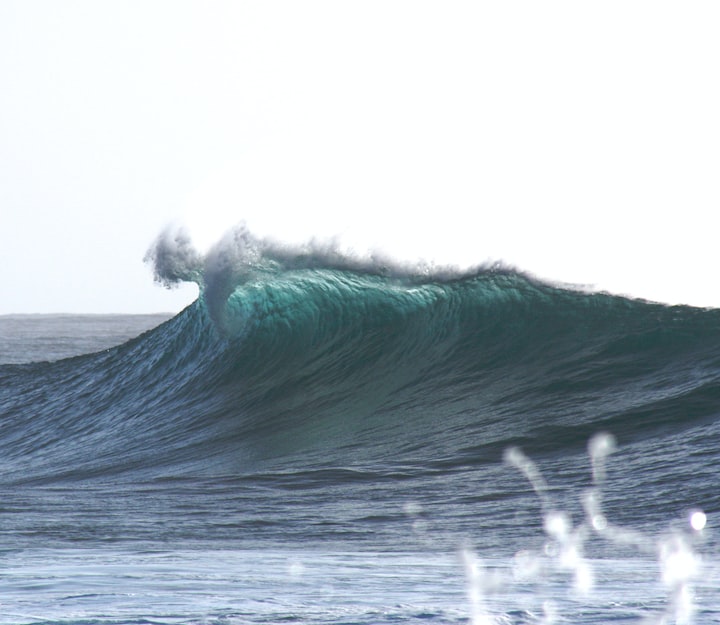 Photo by Photoholgic on Unsplash

The boy did not return to the oceanside in Valparaíso until after his father had died.

There had been an accident that no one had seen coming. One day he was there, holding the family on the broad muscles of his back; the next his chest was crushed by a tractor.

The body was cremated, the ashes kept in a ceramic urn on the mantle as a sort of memorial altar, next to some wilting flowers and the only photograph of the entire family. It had been taken two days after the birth of the young one only three months before. The father held the baby boy, whose soft, pale skin glowed next to his weathered hide. The three girls stood to one side of the mother, to the right, in white dresses. On the left hand of the father, the boy stood grinning, his distracted eyes looking not at the camera, but somewhere off in the background. His two brothers were next to him, arms around each other and caught mid-laugh. The urn and the photograph’s matching gray frame sat on the wooden mantle, filling the room with the scent of eternal memorial. The house was filled with the haze that covers funerals. The misty rain that always accompanied burials had permanently spread throughout the home.

A man’s ghost leapt from the beaming image of the photograph and paced the room. His footsteps echoed inside his widow’s chest, his children’s chest. His eldest son, the boy, could barely breathe because the air was so thick. The baby, half-orphan, did not know the difference because he was so young. He alone broke the cloud that had descended over the house with his giggles and bubbling spittle. Bright, he filled the room. His skin was so white, and though they all expected it to darken soon, that it emanated its own glimmer. It sparked like a distress flare—a call from the crew of the sunken home. A warmth spread from him, creating a small sphere that brightened whichever member of the family held him.

Daily, though, the sphere was being crushed. The stress inside the home was felt by the baby, and he became crankier. He began to cry when he was held. He would wake in the night, shrieking. He still beamed, his features were still fair, but with every fit he made his mother squeeze her eyes with her cheeks. He still lit up their lives, but they were teaching him to be dark. The father’s ghost steps beat stronger inside them with every breath they took into their lungs from the altar’s haze.

Returning home at the end of the day, his skin made even darker from the covering of dirt from the fields and the burning leather sensation brought on by the bright sky, he poured himself into his corner of the main room. It was to the left of the altar, he couldn’t see the photograph but could feel the urn. At the table in the opposite corner, his mother sat in a grey apron, wincing. His baby brother was quietly glowing, but his face showed the irritation of an infant the moment before a shriek. His sisters slammed dishes onto the table; their fingernails were dirty on the pots of rice and beans they placed in the center. His brother who had worked next to him all day stared grimily down at the wood of the table. None of them looked up as the baby started crying.

Watching, not moving, the boy was thinking.

For four hours on the bus to Valparaíso, he didn’t sleep but watched half-lidded the rolling hills increasing, the valleys becoming more frequent and deeper, the grass slightly more vibrant in its hue. He’d left in the late afternoon. The glass window grew slick on his sweaty forehead. A bus had whisked him away without anyone knowing. Flashes of light and color filled his mind so that he did not have to think of anything at all.

The urn weighed heavy inside the bag he kept on his lap.

It was dark by the time he arrived. From the stop, he headed directly for the ocean.

After he had done it, the boy became aware of a noise behind him. He turned around. A skinny kid, a few years older than him, was watching him. The boy turned towards him. They locked eyes.

The boy sat next to him. He put his arm around both of the kid’s shoulders. It felt nice in the cool night air. They did not have to say anything. The feel of boy’s skin on skin, the heat of it, the softness of his forearm, the strong but gentle grip of his hand as he cupped the side of his head and guided his head onto his shoulder, the support of the shoulder bone opened the kid’s stomach. They did not have to say anything. The lapping ocean waves was darker under the moon, but just as entrancing. They watched it together.

When they parted ways in the morning, the kid had reached into his backpack and given him a few tubes of acrylic paints and a brush. The boy held them close on the bus ride home. They felt heavier than they weighed in the bag he kept on his lap.