by NatalieMarmol 4 months ago in Fable
Report Story

In the summer, I went to an old grandfather's house in the countryside. There was a cellar in the yard, 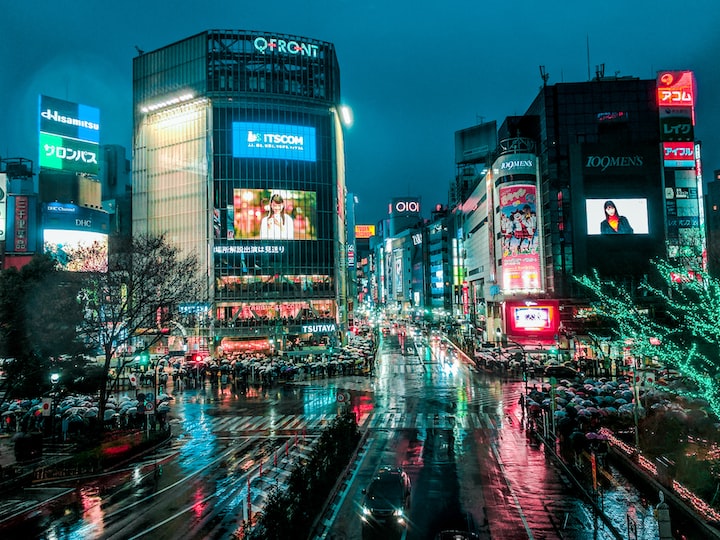 Photo by Ling Tang on Unsplash

In the summer, I went to an old grandfather's house in the countryside. There was a cellar in the yard, sealed tightly by a large stone slab. Through various rumors in the streets, I gradually learned that there seems to be some secret sealed in the cellar, the cellar has not been opened for more than 100 years, and the old grandfather is also tight-lipped about the cellar.

One day, when no one was looking, I moved the big stone slab in the cellar and climbed down carefully on the "wall ladder". After climbing for a while, my toes seemed to touch the hard ground, I took a few tentative steps forward, and wow! The sky was lavender, and the floating clouds were a light blue. The sky and clouds were very close to the ground, I reached out my hand and touched the "blue clouds" in the sky, wow! The clouds can touch, I will insert my fingers into the clouds, and suddenly feel the hand warm, but not hot, like holding a baby warmer. Then I put my hand out, and there seemed to be a sweet, cool breath, the sweetness was fascinating, and the coolness seemed to reject people.

I took a deep breath and unexpectedly sucked in the clouds from the sky, and the smell - oh, my God! It was like eating whipped cream on strawberry ice cream cake! And at the same time, oh - there was a whole bunch of rabbit-like guys! They were all walking towards me in a neat line with their heads down!

These "rabbits" were white and about 150 cm tall! Body shape is very proportional, there is no fat and thin problem. They look like rabbits, but their ears are extraordinarily short, two ears like a pair of small fluffy balls "top" in the header above. Their tails, both male and female, are light pink, each tail is extraordinarily long, about a meter, and is loosely coiled around the neck, like a long scarf. What intrigues me, even more, is that - in front of each of their eyes there is a small round "piece of glass" floating in front of them without any support! From time to time, the "glass piece" also emits a dazzling golden light! The eyes seem to be smiling, but the clouds like a slight chill, so I can't help but think of X and her cool "cold pills". Their hands are holding a string of bracelets, look closely, is made of a small "dial" string, the dial is written on some strange words, each "dial" on only a short, fast turning "needle ". Each of them is like twisting a rosary, twisting those "dials".

At this point, the leader of the "rabbit" suddenly looked up and saw me, the coldness in his eyes as if to gather into the light to shoot me dead, at the same time, the corners of his eyes flooded with two if not a green light. The string of "dials" in his hand fell to the ground and shattered, the sound of "dials" hitting the ground was strange, sometimes long, sometimes low, and suddenly, like a trumpet blowing, the broken "dials The broken "dials" immediately bounced around on the ground and finally coalesced into a black ring of light that fluttered above the head of the leading "rabbit". They fluttered their wings and flew to the "dials" in the hands of the other rabbits, and finally hid in the "dials". "Each rabbit put the dial to its ear and listened intently. Suddenly, the small piece of glass floating in front of their eyes turned into a very small and thin piece of "ice", and at the same time Their eyes burst out a beam of green light, into the small ice sheet. After circling three times, the "ice sheet" simultaneously "brushed" into the hands of the rabbits. As if waiting for the lead "rabbit" to give an order to start attacking me!

The real adventure was about to begin!