In the field of feelings, no feeling must go unfelt. 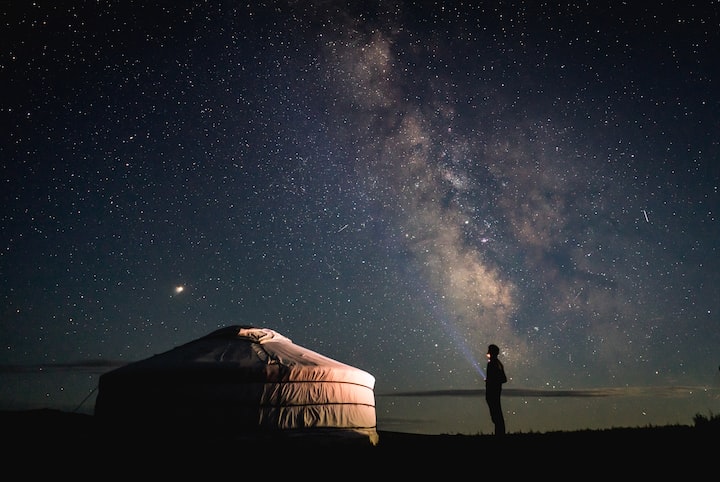 Once upon a time in a magical faraway land there was a small island, with a large circular cabin where a small Hermit lived with an enormous heart. His heart was so large that he had to live at least one ocean away from any other human. He was a feeler, and had spent his youth feeling the feelings of others so deeply that he could not leave his house in Babylon.

Bruno was a small Hermit with the giant heart, and he noticed that when the peopley people refused to feel their feelings, he would have to feel them for them, so feel them he did!

They smoked sticks, laid bricks and drank bitter drinks. For fun they would go to sweaty boxes and drink potions that would make them feel… but not their own feelings, the feelings of other worlds. They would drink spirits, but not kind spirits, the scary ones that lurked in the shadows. The peopley people would promise each other connection and affection when they spent the weak-end of their clock time in sweaty boxes, but then on their day of the moon they would go back to their lonesome person box after insurance salesmening and weatherwomening and watch a box called tell-lie-vision. They had forgotten how to really feel.

Bruno tried a season of insurance salesmening, and visited sweaty boxes and drank potions, but they made him feel so sick that he dared not try them again. Eventually he moved out of Babylon into the countryside, but the cows in the fields were feeling feelings that felt far worse than the peopley people from Babylon. He then moved into a field, with no people, no cows and no neighbours, and built a fence around his house. But he could not stop feeling the cows, the land and the peopley people.

A young Bruno broke the walls of his home and used all the wood he could gather to make a boat, he had no possessions apart from an apple he planned to eat before he departed. Bruno burned down his house, ate his apple and tossed the core into the burned rubble before leaving.

He asked the people who move things in the boxes on wheels to take his boat to the nearest ocean, and he set sail to the West of the world.

After sailing for a full season Bruno landed on an Island without any peopley people. He enjoyed the quiet and noticed the animals were smiling inside. Over the next sixty six days he slept in a hammock made from bamboo and collected fallen wood, which he used to slowly build a large circular cabin. This was sixty three and three quarter years ago to the day and Bruno has been feeling his own feelings ever since.

Now a full blown Hermit, Bruno drank the rain water, ate the plants that fell from the trees and had an arrangement with the bees. They would give him honey and he would sing for them. If you have never seen a bee dance it is quite a sight to behold, and Bruno knew the dance of the bee all too well. He had seen turtles lay eggs, buried deep in the sand, with hummingbirds humming the tunes of the land. He knew the language of the ocean, and the whisper of the trees, and had mastered a technique to milk nuts and make cheese.

But on his 88th birthday on the 63rd and three quarter anniversary of his arrival, he was feeling a feeling that made him feel uncomfortable.

Never one to stay up late, the old Hermit always slept like a baby from 8:45pm until the sun rose and shined through his cabin roof. But tonight it was 9:13pm and Bruno was stirring. He could not work out the feeling he was feeling that was making him feel uncomfortable so he sat out on the deck of his homemade cabin to really feel it.

He had the whole island to himself, well just him, the animals, trees and homemade nut milk cheese. Because of this he built his cabin next to the mother tree of the island. She was a 500 year old almond tree, and produced almonds so big that a single nut would produce a whole litre of nut milk. This nut milk could make enough nut milk cheese for 63 sandwiches, which Bruno would piece together between two slabs of coconut flesh from the fallen coconuts on the island.

Bruno knew this tree, and knew her well. But he also knew not to name her, because once you name something it ceases to become what it is, and words are such a bland attempt to explain the unexplainable.

This night was special, because while Bruno was feeling his feelings, he noticed a large almond, about the size of an American football, at his feet. The almond tree was rather grand, she had roots twice the size of the second largest tree on the island and she was taller than the large boxes the peopley people used to go into for insurance salesmening and weatherwomening.

Bruno looked up about three branches high and saw the face of a beautiful white bird with a love heart shaped face. This was a majestic creature and in all his sixty three and three quarter years on the island he had not seen it face to face. The barn owl was always Hoooooing, but Bruno only ever saw her shadow as she took flight in the night.

Tonight was special and while he did not fully understand the feelings he was feeling, he knew he should definitely get into bed and consult with the maker of dreams. Bruno knew the dream maker well. While in Babylon he could never remember his dreams, but now he often found it difficult to tell if he was awake or asleep at any given moment.

That night, the white Owl spoke to Bruno in his dreams and whispered that the peopley people of Babylon had run out of feeling feelers, and needed help feeling their feelings. Not being one to shy away from a challenge, the 88 year old hermit jumped on his boat and sailed North for Babylon.

Upon his arrival Bruno noticed that things had changed in Babylon. The energy was thick, the people far more sick, he even saw a poor child being beaten with a stick. People had cloths on their faces, lived in far smaller spaces, it felt like the beauty of life had been misplaced...

But Bruno felt more centred, like his journey around the wheel of life and back had made him realise that no one could make him feel feelings that do not belong to him, but the more he felt his feelings fully, the more he could help others to feel their feelings.

The Hermit returned to his burned down building on his land and noticed that a not so large apple tree had been growing for the last sixty three and three quarter years on the fertile land he had created when he burned all his possessions. He visited the local forest and collected up some wood, and built a circular cabin with the tree poking out the top. He created a sign, saying “Welcome to Brunos land of Feelings - All Feelings are welcome here!” and people came to his land to feel.

Within one year so many feelings had been felt that the thickness had subsided. Many who came to Brunos land of Feelings created their own land of feelings, catering to all kinds of feelers. Within eleven years the world had felt so much that the peopley people where no longer peopley, they had become feeling feelers and fell in love with life again. People threw away their tell-lie-visions and stopped drinking spirit potions. Insurance salesmening became a thing of the past, because people decided to look after each other no matter what. No one cared about the weather anymore, because the rain and sun just offered different feelings. Everyone decided to live in circle buildings and eat almond cheese sandwiches between slabs of coconut flesh. Everyone sang and danced without a reason, and anytime we felt a feeling, we would allow ourselves to feel it instead of pushing it away.

Bruno was very pleased that he decided to return to Babylon and on his 99th birthday he died peacefully with a smile on his face. He was remembered for his big heart, and ability to help others feel their feelings.

More stories from Luke Miller and writers in Fiction and other communities.