A Fox Went Out And I Still Remember

by Daniel Goldman 23 days ago in Excerpt

It doesn't hurt that I have constant reminders. 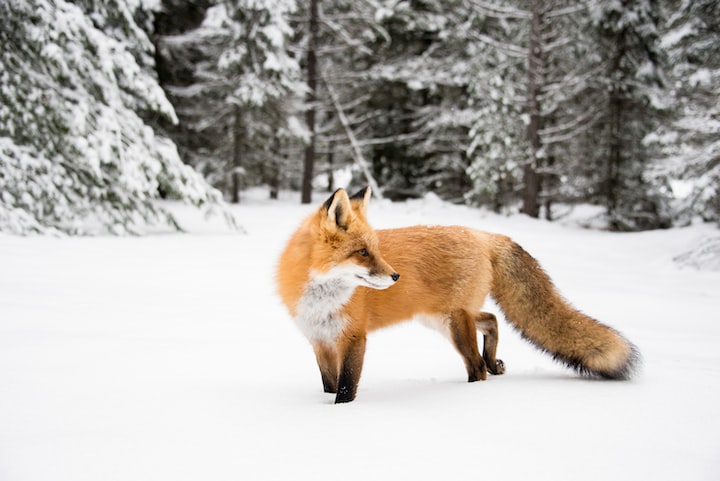 Photo by Amanda Frank on Unsplash

An old folk song from England speaks of a weary fox, out collecting food for his family. The song, originally a poem, dates back at least 500 years and is quite adorable. I'm not sure how common the song is in America, but I remember it from my childhood. I do know that the poem and song are popular enough that they've been turned into picture books for children. The Fox Went Out on a Chilly Night: an old song, illustrated by Peter Spier and Fox Went out on a Chilly Night, by Wendy Watson. Spier was a Dutch-American illustrator and writer who produced over two dozen children's books. He sadly passed away in 2017. Meanwhile, Watson is a third-generation author and artist, and member of the Authors Guild.

For me, I think one reason why I remember it is simply that verse in song is easier to remember. And there are always little things that will remind us of a tune. The last few years, in fact, there's been a rather powerful reminder. Specifically, a family of foxes that seems to like building their burrow nearby each spring.

The fox went out on a chilly night,

he prayed to the Moon to give him light,

for he'd many a mile to go that night

he had many a mile to go that night

before he reached the town-o.

Our foxes aren't quite so stressed when we see them around. In fact, they're usually busy playing when they're young, or lounging around in the sun. They also didn't have to worry about food either. In fact, they rather like getting into the bird seed.

Clearly this fox lacks some table manners. Not so in the story.

Then the fox and his wife without any strife

cut up the goose with a fork and knife.

They never had such a supper in their life

they never had such a supper in their life

and the little ones chewed on the bones-o.

Sadly our foxes aren't quite as well mannered. Foxes are beautiful to watch, but they can be a threat to farm animals, just as the poem says. They can also be a threat to small pets. They'll generally leave dogs and cats alone, but my cat has a habit of nosing around a bit too much, and has been known to end up having to run up a tree to avoid a rather angry mother fox.

The Fox is a nice little poem and children's story that depicts the interaction between wild animals and farm life in a rather unique and adorable way. I can imagine that for a former who has to deal with these kinds of events, they'd look at the fox differently than the average person.

And perhaps we can read into the story a bit more than was originally intended. Nature doesn't care about what we think is ours or not. The fox doesn't need to ask permission. It just takes what it needs to survive. And sometimes, people do the same. Right and wrong often take a back seat to necessity.

It's easier to see this moral in the older versions of the narrative. As I already mentioned, this story began as a poem over 500 years ago. It was in Middle English which makes it harder to read, but the original has some useful details that I think are lost in the modern story.

He hente a goose all be the heye;

fast the goose began to creye;

sche shall go unto the wode with me,

sche and I vnther a tre,

I haue a wyf, and sche lyethe seke;

many bonys they must pike

In the modern version, the fox simply runs. But in the original story, the fox and the farmer had a bit of a conversation before the fox left to go back to his den. To summarize this conversation, the farmer told the fox to drop the goose. The fox refused. He had a family to feed, and that was that.

I think that if I ever have kids, I'll tell this story and sing this song to them. Maybe I'll create my own version of the story, which brings back the conversation that was lost in later versions. I'll use it as a way to bring up questions of morality. Is the fox right? Is the farmer right?

You can learn more about Wendy Watson through her website. The versions of The Fox that I referenced in this article can also be found on Wikipedia, as they are in the public domain. The nice thing about being in public domain is that anyone can take this wonderful poem and use it as they please, making it all their own.