Yeah; I Guess There was a Green Light or Somethin

by Daniel Goldman 12 months ago in Short Story
Report Story

But I was too busy lookin for food to care. 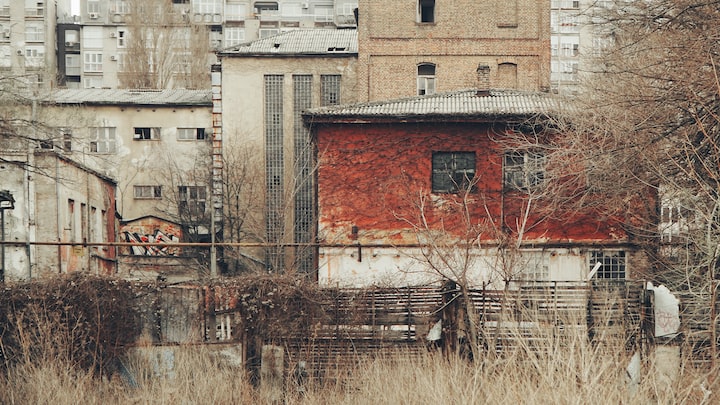 Yeah? What ya want? Name's Vinny. Why you asking?

Huh? You wanna know what I was doin' when The Collapse happened? No idea what the fuck you're talking about. Go away.

Green light? Yeah. I think I saw that shit. What was it?

What?! Hey bud. I don't have time for yer shit. So I don't know what you're talking about. Why should I?

Ohh. Yeah that. I think I saw it. I was kind of busy looking for food. Gas explosion or something?

Apocalypse? Over half the population dead, eh? Well, shit does sound quieter these days. Though some punks were bothering a few of my friends the other week.

How could I not know? Jackass. I just said that I was busy. Don't really care if you guys fuck up the world. It's already fucked anyway.

Oh how sad. You guys don't have internet? Can't charge yer batteries huh? Dig some out of the trash. Might be able to get some use out of them.

How do I go on livin' like this? Like what? I live my life how I wanna. I go where I wanna. We all do around 'ere. How the hell did you live in your tiny little box? That's what I wanna know! Ha.

Oh please. You wanna fight me? You'd be lucky to survive a fight with a sewer rat.

Ha! Alright. I guess you should start with a mouse. Sewer rat would be too much for you to handle. Wouldn't suggest trying again, unless you want a second black eye.

Now you want food? Some piece a work. Bothering me. Getting in my way. Picking a fight, and now y'ur begging for food?

No. We don't BEG for food. Your lot would just as soon spit on us as give us something, even though you had so much. Now look at ya.

Tell ya what, bud. Stick around here for a bit. I'll show you how to fend for yerself. Maybe you'll survive for a few more weeks. But you sure as fuck won't if you try to pick any more dumb fights you can't win.

Good. You might just survive yet. So what's yer name?

Parents... named you that after an alien super hero in a comic book?

Damn kid. Well, now I can see why the world ended. How'd that shit happen anyway?

Uh huh. Advanced technology. Save the world, you say.

Who you saving it from? Yerselves?

Oh. You were savin' yerselves? Nobody would have to work again, huh?

How'd that work out for you guys, eh? Anyone dumb enough to think they can get through life without putting in some hard work is sure as hell dead out here.

You'll work hard from now on, eh? Well, you better. Or you're not going to last out here.

All on yer own? That's up to you. We help each other out, but you gotta do yer part, if ya wanna make things better for yerself.

Huh? Assigned chores? Nah man. That's not what I meant. What the fuck they teach you in that civilized world of yers?

What does hard work mean? No. It don't mean workin for someone else.

No. It means workin for yerself. It makes makin yerself a better person. Shit. Even I know that. Though I chose to get away from all the bull shit of yer world. Many out here aren't that lucky.

I decided to write this piece, because apocalypse movies always seem to focus on the average person. The individual in the first world, with all their technology, living their comfy lives, which get turned upside down with shit hits the fan. But what about the homeless? How would their lives even be affected. Honestly, I don't know. And I'd love to do research on the anthropology of societal collapse and how those who are already homeless are impacted when society rapidly declines, like when a government falls, or there's a significant natural disaster that disrupts society.

In some ways, homelessness is an eternal apocalypse. There's always a concern about obtaining basic necessities, like food, clothing, and shelter. It's a problem with no easy solution as well. It's not just a matter of there not being enough homes or enough affordable homes. A lot of homeless people are homeless for reasons other than just lack of income. Some choose it because of the freedom. Others are running from their pasts, or a dangerous partner. Still others are unable to take care of themselves and have failed to receive the care they need.

Consider donating to a charity like the Coalition for The Homeless. In fact, if you're thinking about tipping me for this article, please don't. Give that money to a charity instead. Like Vinny said. We have to work towards fighting homelessness and other societal ills. We can't just expect it to happen on its own, or through someone else's efforts.