A day in winter 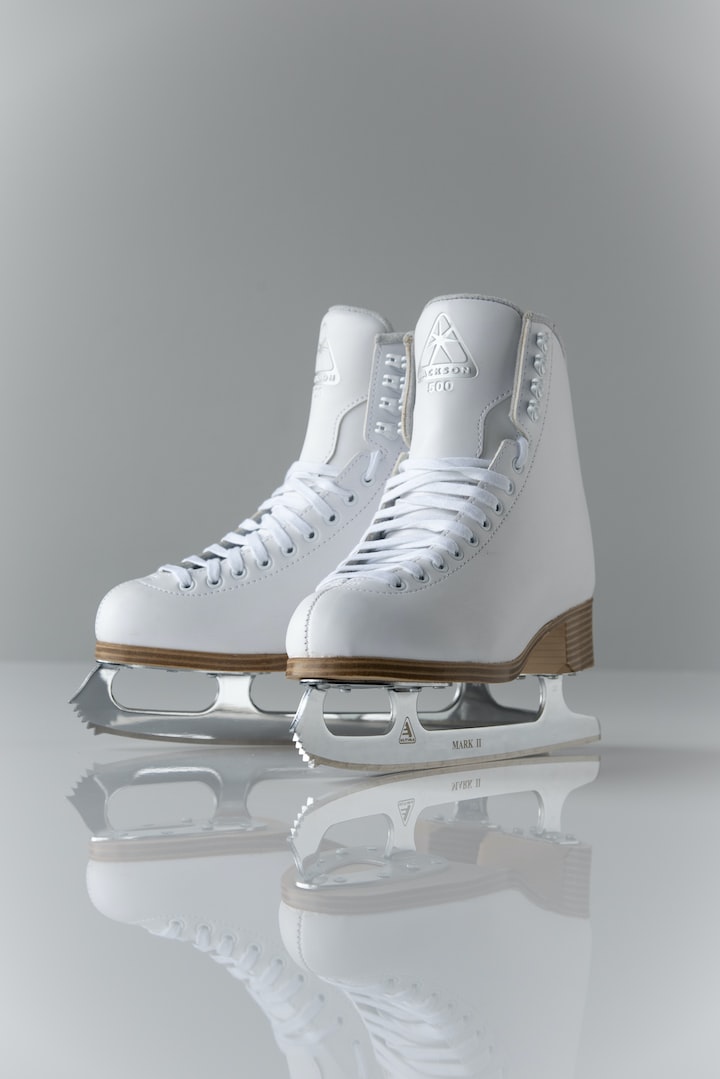 Photo by Zoë Warmerdam on Unsplash

Anna and Jacy grabbed their ice skates as soon as they were done with breakfast. The best part about Christmas break for Anna was being able to visit her cousin Jacy. Anna lived where it got cold but not snowy. Jacy on the other hand lived in a rural area where there was plenty of snow to play with and not much traffic to worry about. Anna loved building snowmen, having snowball fights, and making snow angels but she loved ice skating the best. She went to the ice-skating rink back home whenever she had a chance. She even had her birthday party there for the past three years. As fun as the skating rink was, it was nothing like skating on the frozen pond that was just a short and easy walk from Jacy's house. She was only ten years old, but she had already decided that she was going to get a tattoo of an ice skate on her arm right on her eighteenth birthday. Jacy said that she was going to get a tattoo of the frozen pond with some snowflakes falling down on it. For now, they would just have to settle for the glittery ice-skating stickers that Jacy's mom got them. Anna had arrived at Jacy's house very late last night. Which meant that this morning was her first chance to skate on the frozen pond this year. If they would have had their way, they would have thrown on some clothes and raced out the door. However, their parents were good at their job and made sure that breakfast was the first thing that they did that day. When breakfast was finally over it was skating time. Anna and Jacy sat down on the old wooden bench next to the pond and put their skates on as fast as they possibly could. Jacy had decorated her skates with pink and green glitter. She would help Anna decorate her skates the same way this afternoon. Jacy had gone skating already this winter but there was nothing like skating with Anna. Jacy's friends were not really into ice skating. They would do it sometimes, but it was obvious that they would rather be indoors. Before they got out onto the pond, they took a selfie of themselves smiling with the frozen pond in the background on each of their phones. Anna took a video of Jacy showing off her beautiful and glittery ice-skates and Jacy took a picture of Anna in her new cozy pink winter hat that had a big bow the top of it. As soon as they got onto the ice, they were both smiling and laughing for no reason in particular. They were just having so much fun. As they skated around the pond, they talked about how happy they were to be with each other again and of course they caught each other up on everything that had happened in their lives over the past year. Everything from frozen lemonade stands to headache inducing spelling tests was a topic of conversation. They raced each other to the end of the pond more times than they could count and pretended that they were professional athletes receiving gold medals. After hours of laughing, skating, and talking. The two cousins went back inside for hot chocolate that they poured into matching snowflake mugs, buttered popcorn in matching snowflake bowls and ice-skating movies. As they watched their favorite movies, they colored ice-skating pictures with glitter crayons and made paper snowflakes. Of course, those snowflakes were decorated with glitter and ice-skating stickers. It was truly a picture-perfect winter day.

Hello, there! I am a Blogger with a bucket list, big dreams and a love of writing. Some of my favorite things to write about include self care, blogging, and pets.

More stories from Christina Epperly and writers in Fiction and other communities.