This Guy Ate Pizza Every Day for 37 Years (and Counting)

by JR Flaherty about a month ago in interview

Pizza lovers: here's the truth you need to know 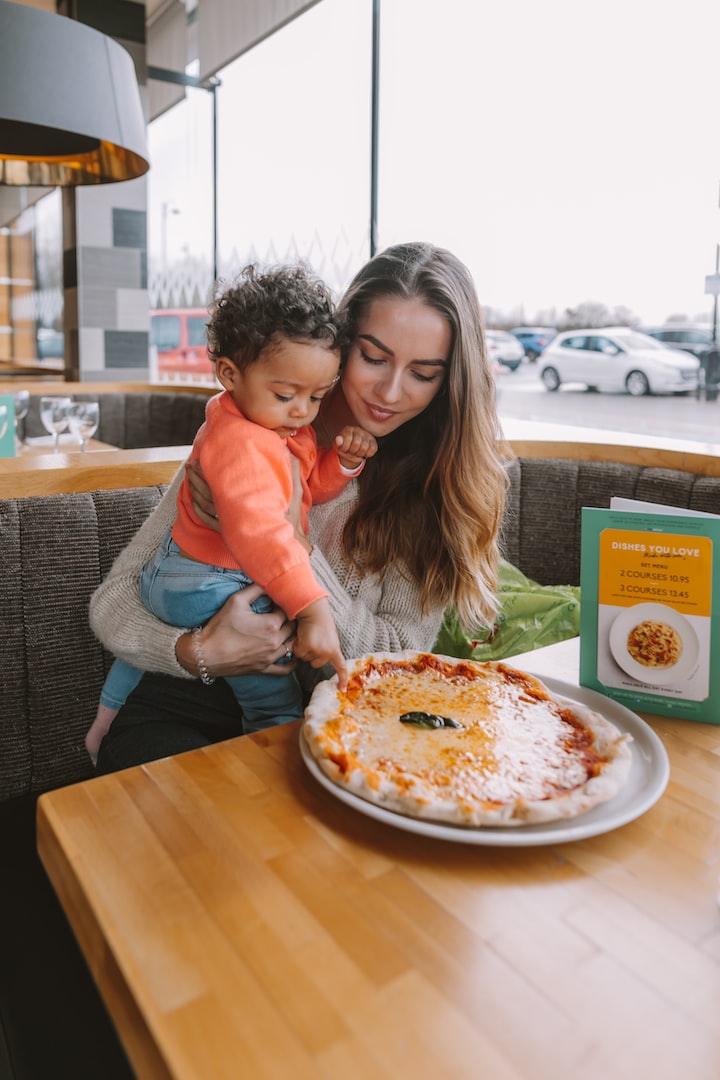 Photo by Humphrey Muleba on Unsplash

Imagine you eat pizza every day. It's time for your next check-up at the doctor. The doctor looks over your test results, and the doctor says ...

What do you think the doctor would say?

You could be forgiven for thinking it is bad news.

The anti-pizza crusade gained ground when keto diet writer Gary Taubes blamed pizza for his weight gain. But the evidence there is something harmful in pizza is not there.

I recently listened to an interview on the New Theory podcast with a man called Mike Roman. He had eaten pizza every day for nearly 40 years. At the time, that's at least 13,505 pizzas.

How did Mike eat pizza every day - on a practical level and an emotional level?

There are so many questions to be answered for pizza lovers:

Let's start at the beginning of the story. Mike explains how his mother used to give him pizza to "shut him up" at three or four years old.

You may recognize the feeling if you try to feed toddlers. Most kids that age are picky eaters. If the food is not on their face or the floor, it's lucky to be eaten at all.

"I don't want this or want that. I don't remember, but that's the way it started."

At high school, he ate peanut butter for lunch and ate pizza for dinner.

At work for ten years, he also ate pizza every day for lunch. Then went back to peanut butter. Sometimes peanut butter on toast on the weekends.

He still managed to keep up his pizza streak: pizza every day.

But people don't always eat alone. What about when he went on a date?

What did she think about him always eating pizza?

Mike's a good guy about it. He tells his dates straight up he wants to eat pizza. They can go to a full menu place, where there are plenty of choices and the option of pizza.

If you don't like pizza, you're not going to go the distance in a relationship with Mike. But could he be tempted?

What if he happened to meet someone hotter than pepperoni. And the hot date asked him,

"Take a bite of the chicken parm, Mike."

"It never happened, but I guess I wouldn't do it," he says.

Since then, a lot of life has happened. He no longer goes on dates, Mike got married. But pizza did not stop being a priority.

Before booking his honeymoon, he did some online research to ensure there were plenty of proper pizza places in the area.

They end up honeymooning in Aruba in the Caribbean.

(At this point in the interview, I'm surprised he didn't go to Italy for his honeymoon, but the Caribbean sounds very lovely, too - primarily if Mike rates the pizza there).

What the Nutritionists Say

So, is eating pizza every day bad for your health?

Do you want the good news?

It depends on the pizza you eat.

The telling point made by Mike is he eats fresh pizza from a pizzeria rather than frozen pizza. He tells us.

When the podcast host asks him whether he would eat a free pepperoni pizza, Roman strongly rebukes him,

It's a pizza, it's free. But he won't eat the pepperoni!

Is that the secret?

Mike thinks so and continues:

"Pizza has got, I think, three of the four basic food groups, and I think peanut butter covers that fourth spot," he tells La Vecchia. "I've always been in shape, more or less. I mean, I think I look good, considering I eat pizza every day and hardly ever went to a gym."

But is that true?

"The key is getting the right ingredients," nutritionist David Friedman, author of Food Sanity: How to Eat in a World of Fads and Fiction, spoke to MelMagazine about Mike's pizza diet. He emphasizes:

"Instead of white processed flour, I opt for whole wheat or a cauliflower crust. Rather than using white processed table salt, I add black Hawaiian salt. This type of salt contains over 80 minerals and won't increase your appetite. It's also been shown to reduce the risk of hypertension. Rather than using tomato sauce from the store, which often contains chemical preservatives and artificial additives, I make my sauce using organic tomatoes. Tomatoes contain lycopene, which has heart health benefits and cancer-inhibiting properties."

The bad news is generic pizza from one of the big chains are high in fat and sugars, and salt. Friedman continues:

Although Mike's pizza choices steer away from the meat toppings, such as pepperoni, could this plain style be saving him?

I have a feeling Mike is happy not to eat cauliflower crusts.

If he eats plain, fresh pizzas every day, it may not be as bad as it sounds. If he added more vegetables, it would help, too.

Mike tells the podcast, his recent doctor's results appear to be okay and average for someone his age.

That's cause for a celebration for all pizza lovers everywhere.

There's something to be said for doing something every day that makes you happy.

Here's Why It Matters To Me

Apart from Mike's excellent recommendations for pizza joints on the east coast, his story is a lesson in knowing what you want in life.

(He recommends his local pizza joins in Jersey: Leto's and Nelly's. In New York, he eats at John's Pizza and the classic pizzeria, Grimaldi's.)

Mike knows he loves pizza, it's an essential part of his life, and he goes for it.

He doesn't give up. Every day he eats something that he knows gives him joy.

Can you say you have this much joy in your life every day? Why not?

As a pizza lover, you may know the feeling when you bite into a hot pizza after a busy day at work. There is a bliss point reached like no other can. Why deny yourself pleasure?

If you can eat the best pizza and be careful with the toppings, you can eat pizza every day if that's your thing.

If you have regular health, eating fresh and plain pizza every day is not bad for your health.

Maybe I'll be adding some vegetables next time and a dough that uses sourdough rather than plain white flour. And I'll stick to a local pizzeria, not a chain.

For pizza lovers, Mike's story is music to our ears. We salute you, Mike!

Typing it up. Tips always appreciated.

See all posts by JR Flaherty →