by Hytes 7 months ago in humanity

You won't find this in a cookbook. 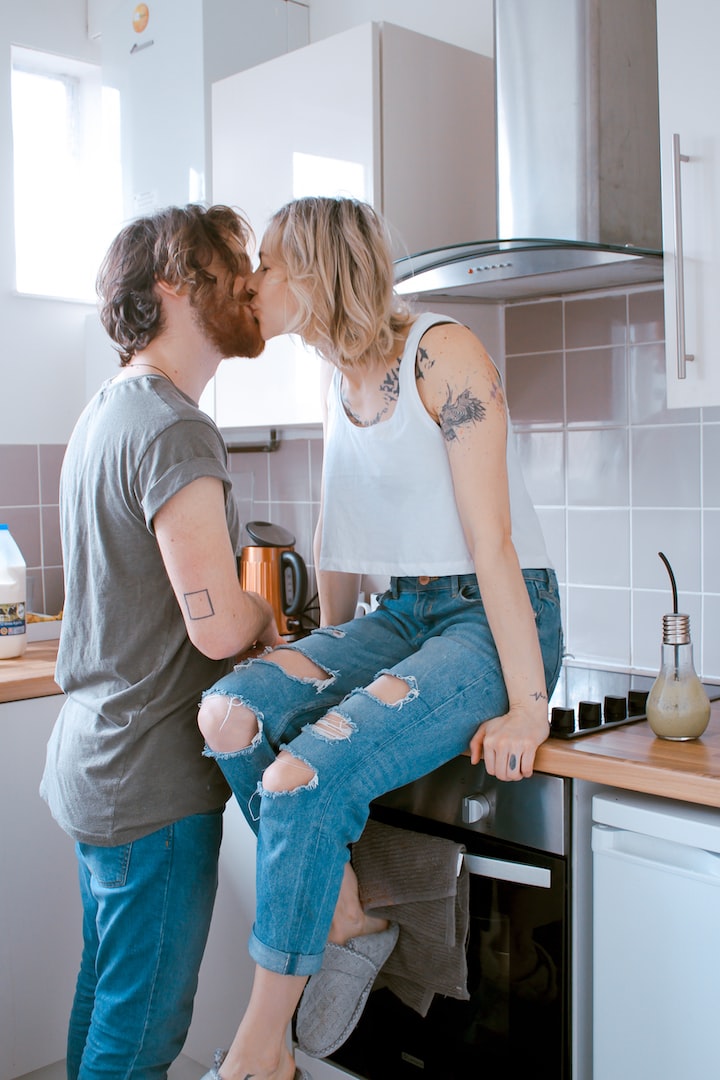 1. Wake up one September morning and decide you're going to use your off-day to make a sweet meal for your long-term boyfriend for dinner that night.

2. Scroll Google for ideas, land on a fancy seared ahi tuna recipe and be determined to make it right.

4. Listen to Anthony Bourdain's "Kitchen Confidential" on audiobook while collecting ingredients at the grocery store. Acquire overinflated confidence that you have untapped cooking talent.

5. Start preparing about a half hour before your boyfriend usually comes home from work. Pull out the desk to use as your dinner table, push desk chair and plastic patio chair at either end. Set dead plant you meant to throw out as your centerpiece. Pull out tuna, fake soy bacon stripes, corn, cotija cheese, and cumin.

6. Startle as your boyfriend walks in the door early. Notice his head is tilted back and his mouth is held shut. Have no time to greet him. Listen to him blurt out that he was fired from his job. Downsized. Company said there may be an opportunity to come back in the New Year, but there won't be.

7. Swallow the shock to privately grapple with later and dive into a massive hug. This part is very hands-on. Slump to the floor by the door, hold his head. Say little. Work through the cuts and burns, as Anthony Bourdain would say.

8. Listen to him muffle into your shirt sleeve that he just bought a ring and was going to propose in two weeks. Try to swallow more shock if you can, but it may bubble back up. That's ok, so long as you don't throw up. Hear him admit he doesn't think you deserve to get engaged to someone who's unemployed. Leave that thought on the backburner for later.

9. Sprinkle extra servings of words of love all over his poor soul and tell him to take a hot shower. Watch him slump into the bathroom, shut the door, and then burst into action.

10. Get the tuna chunks simmering on a saucepan - low heat. Get another saucepan out for the meatless bacon, put that on medium heat. Corn goes into a pan- low heat. No time to Google how to make elotes again -- just throw the cotija and cumin into the corn pot and stir. Flip the bacon. Root through the recycling for the bacon box to read the instructions you didn't think you needed.

11. Take the tuna off -- you'll have over-seared it but that's fine. Sadness coats over the taste buds so he'll hardly notice. Place the fake bacon stripes in a criss-cross position on top of the tuna steak. Dazzle with salt. Don't tell him they're meatless as part of a years-long attempt to unknowingly convert him to pescetarianism. Decorate the elotes in a circle around the tuna like a halo. Pair with the cheapest white wine Aldi can sell.

12. Wait for him to come out and break down in tears again at the sight of dinner. (In a good way.) Eat. Drink. Hold each others' hands in between bites and slurps and tears. Talk a little about finances and how to stretch one paycheck - not a lot, just a dollop. Stress a little about the future, but also dream about it. Have a well-balanced conversation of salty and sweet.

Tell him you can't wait to say yes in two weeks.

Remind each other that whatever happens, whatever hardship breaks down our days, so long as we share a meal together at the end of the day, we'll be ok.

See all posts by Hytes →