Milton Hershey The King of Chocolate

by Gulla Balla 6 months ago in celebrities
Report Story

Milton Hershey was a maker of one of the most important products known to mankind, “chocolate,” 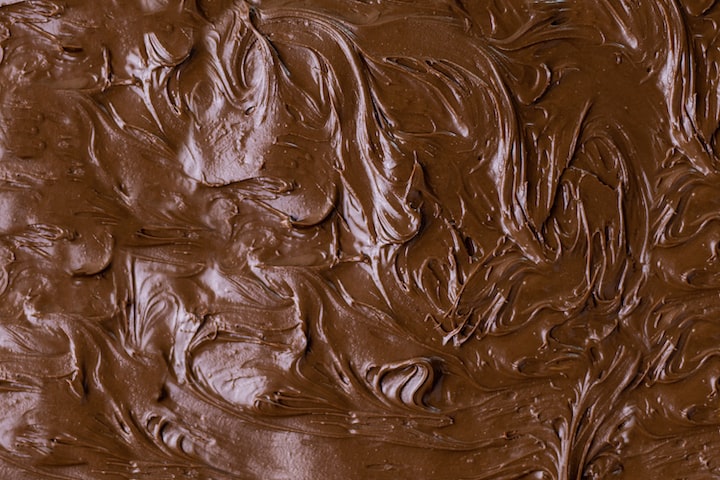 Photo by Kaffee Meister on Unsplash

Milton Hershey was a maker of one of the most important products known to mankind, “chocolate,” but he was not an ordinary factory. A luxury made only by the Germans and the Swiss in secret, he used most of his fortune to help the needy and take care of orphans.

Hershey was a novice in the confectionery industry in his youth, but soon realised that he wanted to be his own boss, so he founded two candy companies in the late nineteenth century, but he also did not hesitate to close them, but his third attempt finally succeeded, as he founded a caramel company and despite The company succeeded this time around but quickly sold out, as he was determined to focus on chocolate.

Milton Snafeli Hershey was born on September 13, 1857, in Derry Township, Pennsylvania, and during his childhood he spoke Dutch. His parents were farmers of Swiss and German descent and instilled a system in Hershey that would carry him into adulthood. His sister was born in 1862 but tragically died four years later.

Hershey received little education in his childhood because he was engaged in agriculture “illegally”, and when he was 14 years old he worked as an apprentice in a German-English newspaper, but this work did not attract him and in the end he was fired, and this did not please his father at all, To calm the father's anger, Hershey's mother suggested he try making candy.

Indeed, Hershey studied candy and ice cream making under Joseph Royer in Lancaster, Pennsylvania, for four years before venturing into his own business.

In 1876 he moved to Philadelphia just in time for America's first World's Fair, and Hershey hoped that the influx of tourists to the fair would lead to the success of his store.

Despite receiving financial assistance from his mother and aunt, Milton Hershey's first business venture failed irreparably, and he was declared bankrupt in 1882 AD, although this may be disappointing to many, but it motivated Hershey to move forward.

His father advised him to move to Denver, Colorado. He followed his father's advice, but when he arrived, he found the city in the midst of an economic depression, and instead of starting a new business he found work.

Hershey learned the value of making caramel with fresh milk, and after learning he proceeded again in 1883 AD to start his second work in the confectionery industry in New York City.

Although initially successful, the business collapsed due to cash flow problems, and his candy-making equipment was confiscated by police after he defaulted on his debts.

By 1886, Milton Hershey was on the verge of bankruptcy again and used his last money to buy a train ticket to Lancaster, but he was known by those who knew him as the loser.

In Lancaster, 29-year-old Milton Hershey finally had several successes, eventually creating a new type of caramel he called "Crystal A".

This caramel was made by mixing it with fresh milk and Hershey's went on to sell it to anyone who would listen, telling him it would "melt in the mouth."

Hershey's product spread and soon a British candy importer became so fond of the product that he ordered it in bulk.

Hershey decided to take out a loan from Lancaster National Bank and bought all the raw materials he needed to establish the Lancaster Caramel Company, which opened in 1886 AD and sold caramel made from fresh milk to customers who bought in large quantities.

Lancaster Caramel was so successful that Hershey's employed 1,300 workers, and by the 1890s owned two factories.

With cash in his pockets for the first time ever, young Milton Hershey first enjoyed luxury travel, visiting Mexico, Europe, the United Kingdom, Egypt and Ireland, and in 1898, he married Catherine Sweeney, an Irish-American from New York.

Hershey also made an auspicious trip to the World's Colombian Exposition in Chicago in 1892, where he saw and bought chocolate-making machines from Germany, and until this point, Hershey had only used chocolate as a decorative coating on his caramel, but he was considering a serious transformation in his products.

In 1900, Milton Hershey sold the Lancaster Caramel Company for $1 million. He also sold the rights to "Caramel A" but was clever as he retained the rights to his chocolate recipes.

He used the money he obtained to establish the Hershey Chocolate Company, and also bought land for Derry Township, where dairy farms are abundant, and the construction of his new factory began in 1903, and was completed in 1905.

Because Hershey and his wife did not have any children, Vicker in the establishment of the Hershey Industrial School for Orphans in 1909 AD, and after his wife died of pneumonia in 1915 AD, he decided to involve himself in the work, and at that time he was producing about 100 different types of chocolate that were sold throughout across America.

As his business flourished, he began to think of allocating farmland he owned in Pennsylvania, to become a town to house workers and employees, and commissioned an engineer named Honey in Hare to design his city.

Indeed, the city of Hershey was built around the factory and included a bank, a hotel, a public school, churches, gardens, golf courses, and a zoo.

He transferred $60 million of his company stock to the industrial school he founded with his wife, helped the townspeople of Hershey during the Great Depression, and supplied the military with chocolate bars in World War II, and the Hershey Charitable Foundation continued to support cultural activities in the town and school, and Hershey is gone About our world on October 13, 1945 AD.

More stories from Gulla Balla and writers in Feast and other communities.