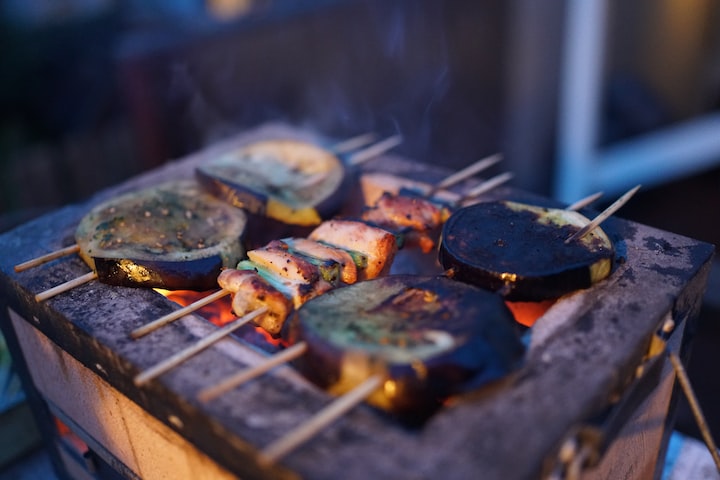 Photo by Jessie Beck on Unsplash

When I arrived in China, I was in complete culture shock for nearly a month. One of the hardest tasks for me was reading the street signs and picking out certain foods from the restaurant menus. Most of the time if the plastic sheets had pictures, I would state, "I want-" in Mandarin Chinese and point to the item that I was interested in eating. As I got better at the language, I was able to go into a restaurant and cite off a list of memorized orders, hoping that I wasn't asking for something like spiced duck neck. That happened once on an adventurous point-to-the-menu moment, and it actually turned out to be really good! I found that when in doubt, vegetables were a safe bet.

I was in the southern part of China to attend a language school for four months, my first time stepping foot in the country. The strangely-shaped green mountains of Yangshuo loomed above me, not quite welcoming me--yet. I had just landed in this city, a handful of hours from Hong Kong by train. I had decided to quit my teaching job and try out another language, purely because I had always wanted to travel there. If not now, then when? My eyes were wide open. The question on my mind was whether the love for the country and its people was genuine, more than merely a bookish idea. Only time would tell.

Very quickly I learned that my language teachers' expectations were far different than what I had learned in Western culture. First of all, most people attending the language school came from other parts of the world and were called “Westerners.” Whether German, Irish, or Canadian, all of us were grouped in this one category. There were many unspoken rules, each one more interesting than the next. My new friends tried their best to explain some of these. Burping is expected when a meal is delicious. Don’t say thank you when you are among friends. It is okay to stand up while eating. Slurping is normal and napkins are rarely used. Honking is a courtesy and the car will still merge. While singing Karaoke, everyone is expected to participate, no matter what language. And my personal favorite: It is okay to ride your motor scooter anywhere, just make sure not to run over a pedestrian. In all these new concepts, I found an innate love of the culture, like I had found something that had always been a part of my personality. I enjoyed trying out new things and though I experienced many adventures, one of the most memorable was the food.

Right down the street from the school were rows of tiny restaurants, convenient to walk to, sit down for a meal, or grab something from each little cart as the night wore on. There were roasted chestnuts, pastries, little Chinese-type kabobs, spicy soups, and dumplings of all sorts. One of the routines which my strangers-turned-friends and I fell into was traveling to areas around the town and trying new food. A noodle place down the street was one of the only places in the town that sold hand-rolled noodles. Everywhere else in that southern town, white rice was served with all of the dishes. One of my favorite breakfast stops was a little cart just a few steps from my language school. After about a week of trying some new breakfast dishes, including what we called "pizza" which was really a bread-like substance with some sort of garlic, I found a place that sold spinach dumplings and one for steamed custard buns. After a few weeks, I stumbled upon something that combined the best of all of these - new food, new friends, and new flavors.

I quickly learned that during most social gatherings there were tiny grills that were convenient for cooking just about anything. We would all stand around in groups, meeting new friends and giving out WeChat handles to meet up for Chinese and English practices. It would take several minutes to cook each dish, so this gave me a chance to ask questions and take photos. Most veggies on each grill would be lined up on a small stick, while the larger veggies were placed directly on the rack above the coals. Something that I consistently requested from these little barbeque feasts was grilled eggplant.

The purple vegetable would be cut in half longways and then lots of garlic and other spices would be added. Some included oil with a variety of Chinese herbs and ginger, pepper, sometimes green onion, topped by more oyster sauce and oil.

After a few minutes of grilling each side, it was ready to be eaten straight from the grill--using my chopsticks, of course! This became my favorite way to experience the savory, burnt smell of the grill. It still reminds me of my happiest moments in China, chatting with friends and savoring each new dish.

That semester taught me to take time to enjoy life when I am alone in an unknown country. I also learned to reach out to others and ask questions without hesitation. The small embarrassments were worth making new friends and learning more about the people who lived in that little city. I definitely got a taste of the culture!

My goal is to show experiences in a meaningful way through short stories and hand-drawn sketches.