by Bella Blue about a year ago in travel
Report Story

It's the simple things... 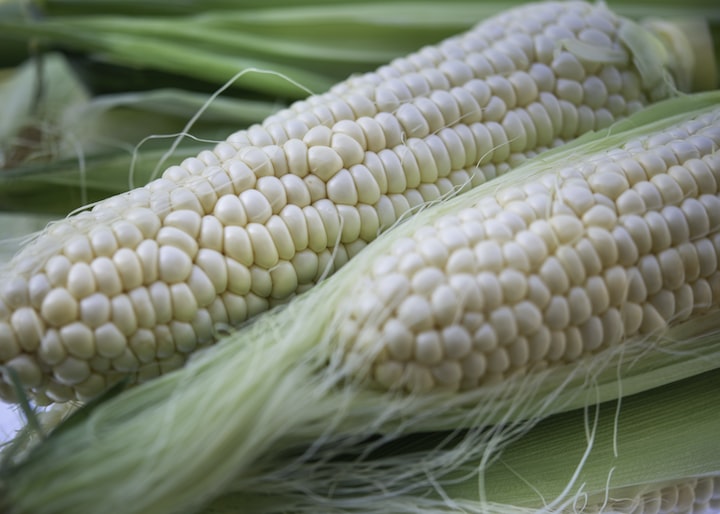 The first bite of the “cachapa” was a time machine that instantly transported me back to Venezuela. Back to the warm, balmy air. Back to the palm trees and open roads. Back to the beaches, the sun, the white sand. Back to fresh squeezed pineapple juice, full of sweetness and yellow pulp. Back to the salty, creamy, piping hot mixture that had conquered my taste buds then, and were planning a re-enactment in my mouth today.

“You look like you are having an orgasm”, my cousin Max said, eyeing me with a curious, but concerned look.

“How would you know?” I retorted, swallowing that first bite quickly, feeling it move slowly down my throat into my stomach, landing pleasantly and emitting a warm sated glow that permeated throughout my entire body. We were in his dining room and my aunt (his mother) was cooking the traditional Venezuelan meal that I had missed so much in these past years.

Later on, I decided that “cachapas” would be synonymous with “foodgasm”.

“cachapas” were a staple in the Venezuelan diet. It was a simple corn griddle cake –like a pancake but made of sweet ground corn kernels with water, sugar, and salt. Very simple ingredients. Very easy to prepare (or at least my aunt made it look easy) and very quick cooking time (5 to 9 minutes total).

In the US, most of the ones I’ve found have been “Americanized” made with corn meal or some other substitute. This was my aunt’s cachapa , this was the real deal.

I took another bite, allowing the savory, melted white cheese or (queso blanco) to intermingle with the sweet corn and dance on my tongue. And I shot back to the little wooden stand on the side of the road, that popped up out of nowhere on the long, three-hour drive from Caracas to Uncle Alfio’s farm. The smell of sweet corn wafting in the air as we waited in front of the sparse counter for our meal; a pile of pineapples and oranges on the other side of the counter near a metal press, waiting to be juiced into glasses for thirsty clients.

I listened to the sizzle of the butter on the griddle and watched as the owner of the roadside stand placed the batter on top of it. I could feel the warm wind and hot sun starting to bake my exposed skin. I felt enveloped in this tropical seduction eagerly anticipating the savory masterpiece that would soon be in my hands.

I heard a plate clank against the table and my reverie was interrupted.

“There’s more coming “my aunt said, “eat”, placing a tray of cachapas in front of us, wiping her hands on the apron that hugged her ample form and returning to the kitchen.

Cachapas were a taste of home. A comfort knowing that despite all the changes in the world, in our lives, in our locations, we were never far from the culture and the life that had been left behind. A simple life with simple ingredients.

My aunt’s recipe was simple:

A tablespoon of sugar

A teaspoon of salt (more to taste)

3 tablespoons of butter for the griddle

Grind together with stone mortar (yes, she still does it that way)

My other aunt will scream that you should let the batter “set” for twenty minutes before you fry it. Max said that’s just so she can have a glass of wine in the interim.

Some recipes will bypass the corn (fresh, frozen, canned or otherwise) altogether and instruct you to use “masa harina”. Which is ground corn flour, found in the Spanish section of your local supermarket, made by Goya or Roland.

My aunt had stood over me and watched, assisting, when necessary, as I attempted to mimic her techniques with the griddle and the corn.

“It’s so easy” she would scold lightly as I scraped the last batch of half burnt, half raw cachapas into the garbage pail.

“Nenah can do it “she reminded me. Nenah was the housekeeper’s daughter. “She’s only nine” my aunt continued as if that was supposed to make me feel better. (It didn’t).

Being able to prepare and cook cachapas on one’s own was a rite of passage for young Venezuelan girls. A sign that they were growing up, responsible, could be trusted to care for her family, was considered a valuable contributor to her family and would one day be chosen to be married and have a family of her own.

My aunt was the mother of three boys. She insisted on passing the recipe to me, to family, to blood. Heaven forbid one of her future ungrateful daughters in laws should get it.

She would rather take the recipe with her.

I was so happy when Max allowed me to order my own meal at the food truck outside of Altamira. It was our last stop. We had visited the monuments, the historic sites, gone shopping at “sabana grande” and were getting ready to return home for the evening after a day of being a tourist in Caracas.

We sat on the stone benches and Max drank coffee and watched as the melted cheese spilled over the edges of my cachapa as I bit into it.

“I still think Big Macs are better “he said watching incredulously as I nibbled the crusty edges and pulled the cheese with my teeth.

“There is no comparison” I answered, in between bites of corn.

At the time, there was ONE McDonald’s in Caracas. It had marble floors, a chandelier, a grand piano, and the building made entirely of glass. There was a grandiose staircase to enter and the sidewalk had a red carpet runner, and shiny brass pedestals were held together by dark velvet rope.

It was funny at the time, to see a fast-food restaurant displayed in the middle of the capital city as if it were a five-star restaurant. It wasn’t until much later, when I was much older, that I realized how extremely idolized all things American were.

I licked my fingers, tasting the sugar and salt flakes that had been on the surface of the cachapa and were now stuck to my fingers with the melted butter and starch from the corn forming a translucent paste.

“How long has it been since you had one?” Max asked.

How long HAD it been? I reached for another cachapa, ignoring the burning in my fingertips long enough to bite quickly, and put it down on the plate.

There was the stale, cold ones they served at Jacqueline’s wedding six years ago, ugh, they were horrible.

There were the greasy ones that had been prepared in haste for Tio Pepe’s funeral; Everyone in our family lived to a ripe old age so it was a surprise that Tio Pepe had died so young at 86.

There were the dry ones that a friend had bought as a surprise, gleefully handing me the box containing the culinary “treasure” she had found in the Latin American section of Newark, that the swarthy man behind the counter had insisted his Venezuelan grandmother was frying up in the back kitchen.

There were the burnt ones that my former co-worker had brought into the office one day claiming her Portuguese sister-in-law was a great cook. (She wasn’t)

I never tasted a hockey puck until I toasted the frozen ones I bought, that indicated with a bright sticker that they were baked fresh then frozen to preserve their freshness.

I have since decided that any claims made on a fuchsia food label are merely colorful lies.

I smiled at Max, “You remember that cart on the street before we get to the highway on the way to airport?”

I nodded. Still smiling, remembering Max pulling over as far as he could in the busy traffic, stopping under the overpass, while I jumped out, running for my last fix like a drug addict who found a dealer.

He pushed the plate of cachapas closer to me, “eat up” he said, “you’re home again”.

More stories from Bella Blue and writers in Feast and other communities.