An Introduction to Chinese Breakfast

by Andrew Johnston 3 months ago in travel
Report Story

The most important meal of the day might not be what you're expecting. 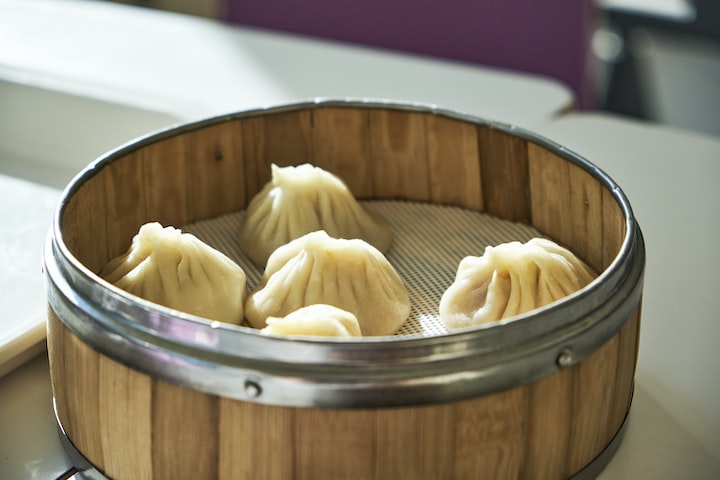 Photo by Isaac Chou on Unsplash

Of the many adjustments Americans must make when living abroad, one of the biggest is getting used to a very different diet, and the biggest differences in diet often come at breakfast. The first morning meal served to a weary traveler may come as a shock for a few reasons. We're used to having a fairly strict divide between "breakfast foods" and "non-breakfast foods," a distinction which doesn't exist in most cultures outside of the Mediterranean. Add to that the heavy foods served in many breakfast traditions, and that first repast can be a bit of a hurdle.

A Chinese breakfast can certainly be bracing for someone used to cereal and waffles. Many Americans who are eager to try real Chinese food in China may still react with some degree of surprise upon finding fried rice, noodles and spring rolls in their hotel buffet. Knowing about these differences can go a long ways toward easing the transition.

China is a big country, and the staple of a Chinese breakfast is going to vary a lot based on location. In central-southern China, where I lived for four years, one of the most popular breakfast foods is baozi. These are steamed buns which come with a wide variety of fillings - beef, pork, tofu, vegetables, bean paste, and a number of more unusual ingredients. They typically cost 2-8 RMB (roughly $0.30-$1.20) each, depending on size and filling. Walk down the street in the morning, and you'll see long lines of people waiting at baozi stands to pick up an order on the way to work or school.

Another popular item is mantou, a kind of thick, doughy bread which may be either steamed or fried. Mantou are associated with wheat-producing provinces in the north, but they can also be found throughout the country - often even sold at the same stands vending baozi. These are especially common in hotels and may be a little bit more familiar to the American palate than some other offerings.

For those who still need something on the sweeter side, one might luck out and find some jiandui. This is a kind of fried sesame ball that comes in a few varieties, but typically has a thin, crispy surface and some sort of filling. These can be found at baozi stands as well, but if you want one, show up early - most places only make a small number per day and they never last very long. Somewhat frustratingly, jiandui are known by many different names depending on the region, making them a minor challenge to order.

If jiandui is still too odd, an American diner can find something even more familiar by visiting a bakery. As Western trends have disseminated worldwide, these bakeries now feature goods that fuse traditional and foreign influences. There are a few variations on milk bread that have become quite common, with the distinctive spiral shape becoming a common sight in many shops. This type of bread is also quite inexpensive, only costing 12-15 RMB (roughly $1.80-$2.25) for a loaf that can provide two servings.

The beverages that accompany this food are also varied. While coffee has become far more popular in China (particularly among the younger generations), it's still pretty unusual to see it served with breakfast. The most common breakfast beverages are soy milk or yogurt, which in China is much thinner than it is in the West. As with most other drinks, these are likely to be served hot or room temperature as cold beverages are unusual. Orange juice and other fruit juices are also available, though they aren't really standard and you might need to buy them separately.

Of course, it's always possible to find something familiar if you put in the effort to look for it, but anyone visiting another country should try the local breakfast at least once. You might just find out that baozi is your new favorite.

More stories from Andrew Johnston and writers in Feast and other communities.