JS
by Janani Sreenivasan 2 months ago in children

And how it is measured. 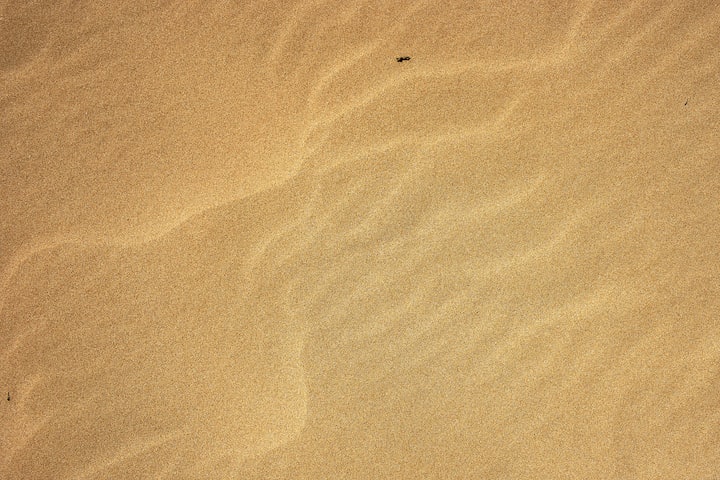 Photo by Wolfgang Hasselmann on Unsplash

It reminded Maira of a nail paring on a pitted, uneven kitchen table, the ship on the horizon did. So light of weight, so slight. As easy to flick away as that shred of nail. As easy to chase away with a well-timed breath or curse, right on to the equally wavy floor where Hungry, the dog, would pounce on the nasty sliver with her aptly named jaws.

Hungry always pounced, no matter how small the possibilities.

Maira pushed up her unraveling sleeve, stretched her arm before her and curved her right thumb and pointing finger around the far-off ship, as if holding it up for inspection. Her own nails wanted cutting, she saw, the edges split and chipped. At this size, less than one hour remained before the ship came aground.

One hour. The longest when you were waiting for lessons to end. Not so long now, hardly. Maira let her sleeve drop back down as her younger sister, Moss, braids jostling, hopped to her side on one dirty foot.

Seeing the people gathered up and down the beach made Moss want to show off her latest tricks, Maira knew. Tricks like hopping on one foot, balancing a wooden spoon on her nose — Moss, too, lived for humble possibilities, the silly but captivating powers of her bright, growing body, each skill a hopeful carnival act desperate to turn heads and draw eyes and —

“Both feet on the ground,” said Maira. Moss slammed her sole back into the sand and twisted a braid. “You’re not Mim,” she grunted, biting a strand and shifting her eyes to the horizon.

She had been asking about the ship’s return for weeks. She was too young to remember when it set out. Too young for tricks with spoons and combs. Too young to hop, to chase Hungry across the yard, even to walk

“Tell Mim less than an hour,” Maira said to Moss, who spun and began running up the slope to the village. Maira knew Mim was cleaning the cottage and everything in it. Scrubbing the table, polishing the cupboard knobs, sweeping up hair — dog hair, girl hair, woman hair. Maira knew Mim’s hair had begun falling as she combed it, strands settling on on the floor in pale crescents, crescents like pared nails.

Since learning the date the ship would return, she had begun biting them. Maira found the bitten shards everywhere. Once, she had found one floating in her tea. As she fished it out and opened her mouth to complain, she saw Mim’s eyes, dark with something, and shut it.

The crowd on the sand was growing, some with homemade banners, whistles, even picnic baskets. Maira had brought nothing but herself. A part of her was not fully sure why she had come, she realized, worrying the edge of her sleeve the way Mim hated her to do. The ship was arriving: that was certain. When she curved her fingers around the ship now, it was larger, at least three or four inches high. Thirty minutes now, or less.

What questions was she bringing to the beach? The answers were already as clear as when she did her sums. The ship would grow larger. It would draw closer. The faces on deck would become visible. In thirty minutes, the bodies attached to them would come ashore.

Maira stood still with her understanding that nothing in her power could undo this.

She stood on one foot — a luxury she allowed herself when Moss was not around — and looked toward the cottage. A ragged brown ball was lumbering down the slope. Hungry. He knew nothing about what was coming, or how life would be different within the next hour. Maira pulled on the tufts between his ears and picked a flea off, resting it on her nail. Mim had tried to wash him, but the fleas always came back.

She felt her hand curl into a fist, begin drumming against her thigh. With each beat of her first, she repeated a curse she had learned before the ship sailed.

Moss came running back, and together, the sisters waited for the ship that carried their father home.

See all posts by Janani Sreenivasan →