by Josey Pickering 19 days ago in immediate family
Report Story 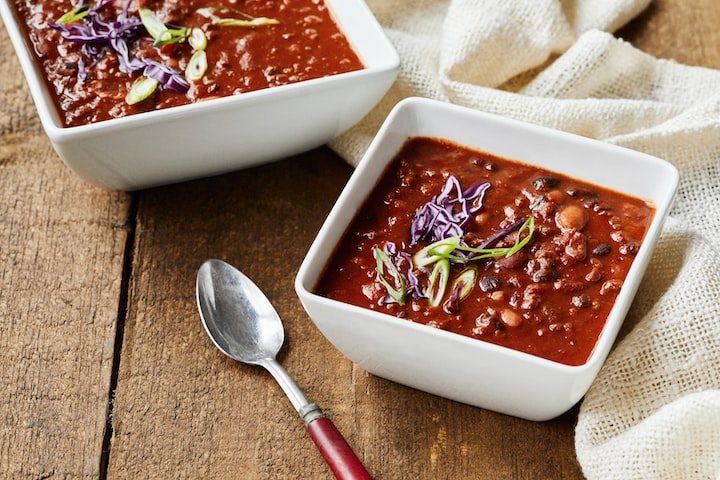 Twas the night before Christmas and cumin was wafting in the air and things were in motion for a funny holiday story to share. A night to truly remember, one not to forget. A night where we turned to laughter instead of regret.

My Mom has made chili for Christmas Eve as long as I can remember. It was just her thing, an easy warm dinner as each of us kids got to pick one gift and unwrap it. Mom's chili was always home made and simmered for hours in her crockpot that she'd had for what seemed like an eternity and a half. You know, one of those crockpots that always seems like it's on its last leg but somehow survives another winter season unscathed.

That particular year though, the crock pot would not make it through Christmas Eve unscathed. The wine flowed like Jesus was hosting our annual holiday eve dinner himself, and my Mom was feeling extra jolly that night. Her cheeks were as red as her merlot and her laughter could rival Santa Claus joyful bellows himself. Her belly was fully of tannins and the smoke from her Virginia Slims circled her face like a wreath. She had some more wine, and then a little bit more...and by the time our Christmas Eve chili was ready in that old crockpot, she was nearly parallel to the floor. It happened too fast, none of us could react quickly enough to make a difference. Mom dropped the crock pot when she moved it, and the chili coated the kitchen floor like a paprika, chili powder & cumin carpet. The inner ceramic broke into a few pieces and our Christmas eve chili was a gift to the ancestors that night as none of us were going to be able to eat any of it. Even the cats had scattered in fear of the floor chili and in an emotional outburst I screamed out, "You drank too much! You need to go to AAA!" as being a child I'd confused Alcoholics Anonymous and AAA. An innocent mistake in a child's overwhelmed mind, and one that my family still laughs about to this day. Anytime anyone has a little too much to drink, someone might state that they should look into AAA - much to my chagrin. My Mom was alright, just a little tipsy, and the only true victim of the night was the old crock pot. I also learned the difference that one simple letter of the alphabet can make.

That was the night we tucked our Mom in early to bed, with visions of Cabernet Sauvignon being poured dancing in her head. My little brother and I took care of the feast, he helped me clean up and even to prepare the roast beast! Okay, so it wasn't exactly any old roast beast. It was some simple fried bologna sandwiches that we carried out on the patio to watch the sun set over the ocean in our own sort of chaotic coastal California Christmas. Then we headed inside to begin watching the 24 hour marathon of A Christmas Story on TNT. It was our own little tradition between siblings, as we'd try to watch as many of the 12 showings as we could every year. Ralpie Parker himself helped us calm the chaos of the night. It was a Christmas eve like no other we'd had before, where a little bit of calamity turned into a night we still giggle about to this very day. Don't worry, no one ended up having to go to AAA after all.

More stories from Josey Pickering and writers in Families and other communities.