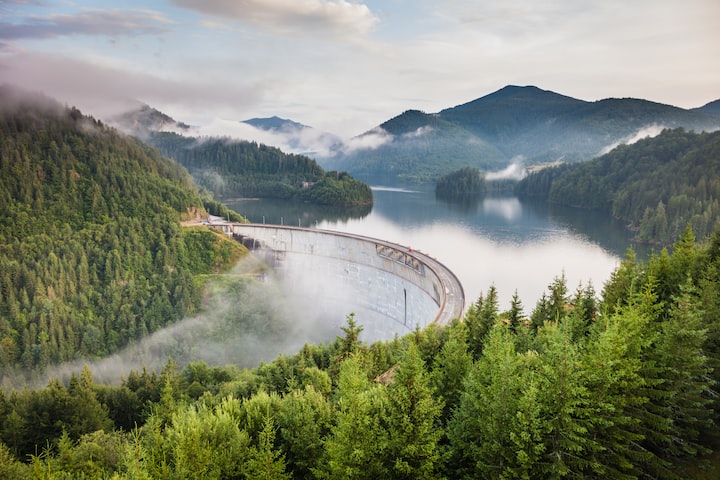 Photo by paul mocan on Unsplash

Before Nicolae Ceaușescu almost completely destroyed Romania, I was a young girl living in Bucharest. My name is Ana Andreyevna, and while my mother (born Sena Alexandrescu) was born and raised in Romania, my father (Yura Andreyev) was from Izmail, Soviet Ukraine, and moved to Romania around the age of eighteen and changed his name to Gheorghe Andreiev.

I'm much older now. When I want to travel with my mind and feel happy and safe, the only place that comes to mind is the small cottage which belonged to my grandmother. She lived in a small village in the south of Romania. The village was called Udupu, and it was in the county of Teleorman.

The fresh smell of grass, the little baby chickens running around aimlessly, the peaceful sound of the cuckoo bird, the rustling sound of the poplar’s leaves in the garden, the azure blue sky during the daytime, and millions of stars in the nighttime are some of the reasons why I consider this place the most peaceful and secure place on Earth, one that will never disappear from my heart even though my grandmother is no longer among the living.

I lived in the capital city of Bucharest, but my socially introverted heart always made me feel somewhat anxious and unsettled with the noisy, chaotic life of the city. Therefore, every summer when school was done, I would find refuge in the Romanian countryside. I always loved my grandmother more than my mother. My maternal grandmother’s official name was Alexandrescu Badea. She was born Bădița Miricescu. After she married Constantin Alexandrescu, she became Bădița Alexandrescu or Alexandrescu Badea. Badea [BaDAH] is kind of a masculine name, yet it was her official birth name.

We called her Bădița (pronounced Buh-DEETsa). She had beautiful long hair and different-colored eyes (one blue and one brown). She was kind, generous, and she knew how to help me with my fears and neuroses.

I would often spend a morning sitting on a round chair called găvănatul--which kind of looked like a caved in full moon--on the veranda as I contemplated a poplar tree, the vegetable garden, the neighbor's shed, the cherry trees, and the fresh smell of the countryside. After a breakfast of eggs, goat cheese, and bread baked in a clay oven, it was time for a walk in the village as we visited my grandmother's friends. They would always welcome us into their homes with sincere smiles. One could never refuse the delicious food nor the shots of plum brandy (țuică) and homemade wine.

One of the charming, bucolic attractions of this village was "The Ruins" where storks and their offspring made their home. When I was young, I would sometimes go to the Sunday market where the air was filled with voices, including the laughter of other children playing everywhere and meeting their friends. On hot summer days we would walk along the riverbank until we reached the perfect lakes to swim in, ponds with clean crystalline water. Other evenings we'd go on a trip to the next nearest village to see my grandmother's relatives and stay the night.

During the summer holidays, an amusement park was set up with rides, cotton candy, chocolates and other delicious foods. My grandmother took me there, but at first, all I kept thinking about was one of my recent memories from the village. When someone was going to build a new clay house, all of the neighbors and their children would gather and build the house in one day. I was amazed by how all of those people and clay bricks created something that just a day ago wasn't there at all. After the house was built, a feast took place to celebrate the new house.

After my grandmother died, my mother sold the plot of land, and the poplar tree was cut down. I never visited the cottage again. It would be sad to see all the changes made by the new owners.

Whenever I travel with my mind, I fly and imagine that place exactly the way it was when my grandmother was alive; and, even if only for a short time, I'm living in "my true world" once again.

When I was two or three-years-old, in our apartment in Bucharest, my sister (Agrafiena) and I saw a man floating outside our bedroom window. He had outstretched angelic wings that were attached to his shoulders. The iridescent white feathers of his wings glowed in the dark blue evening sky. The entity disappeared after a few minutes. Agrafiena and I never really had a conversation about this, at least not as adults.

When I was in Kindergarten and my sister was in Grade One at the music school we attended, we would play in the garden that belonged to the primary school. We created little houses from twigs and flowers, and we tried to imitate the homunculi that lived there.

When I was four-years-old and playing in front of the apartment building I lived in, a boy (who was my friend and the same age as me) kissed me on my left cheek. An old lady saw us and screamed that such behavior is not allowed at our age and that she would tell our parents. She wanted us to be punished, but nothing came out of it. My parents were like liberals living in an authoritarian society. My father dreamt of moving to America, but never did.

More stories from MALE AMATEUR and writers in Families and other communities.