Lessons in the Garden

by Sindy Leah Fitz 3 months ago in values
Report Story

Where my father taught me how to grow. 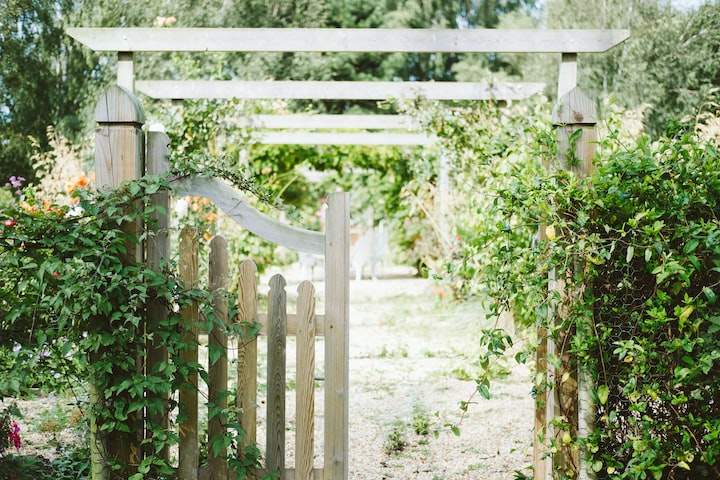 Photo by Peter Mason on Unsplash

My father was a courageous, gentle, hardworking man steadfast and stern though subdued in his teachings. The lessons I would unwittingly learn in the magical backyard garden of my childhood home. Crouched at the knee of my father who seemed larger than life. I always found myself learning the most important lessons and advice unknowingly. Like a vine of unintentional memories left as seeds from my father to grow and sprout when the time was right. I held these tidbits of wisdom all these years.

The garden was like falling down a rabbit hole. Tomato plants as high as the trees, A trellis of wide leaves of various squash offered shade that was perfect with a glass of water wet and beaded from the ice. Towering stalks of corn, a convenient place to play hide and seek that rustled in the breeze with their shimmery golden tufts. My favorite of them all was the bean vines that formed a wall that meandered against a stone pathway. My father utilized every bit of his yard, his domain, his magical oasis from work and chores, a place where he reinvented his own childhood having been raised on a farm. This was perhaps as close as he could get to recollecting his own memories, seeds of knowledge to instill what he could in his children.

A sense of pride for his life that beckoned back to a simpler time. He had so much to teach but far little time to spend doing so. Body beaten and worn down by a true blue collar job he was always working. When he wasn't he was doing what he could throughout the home. Fixing this and that, to spare any money where he could. Times were tough and money was tight though my brother and I would have never known. Such problems were never discussed in front of us and we were blissfully unaware.

Some lessons were learned in just the simplistic silence of that garden. Quietly tending to his plants pruning and weeding not making a sound. Healing and replenishing his soul a feeling that he was more than just a provider that he had much more to offer. Other times he went to rest in a small space between some trees lying in a hammock big enough for two. I remember falling asleep to him telling me about the different birds while whistling back and forth having full conversations. I was amazed he spoke bird so fluently. Nowhere have I ever felt so safe in those moments. The tales he would tell were mostly just entertainment and fabrications I realized as I aged but in that garden they were all as true and spectacular as the man who told them.

There were times of great sadness as well, these lessons were harder to understand. Seeing him silent in his garden from time to time was nothing odd. However, watching him cry silently in that garden among the plants he nurtured, barely moving, looking broken. These lessons were devastating. You see, my father was big and strong and as a child I looked at him like he was an unbreakable force. Seeing him so vulnerable shook my foundation. I felt lost and scared, uncertain and confused.

During times like this, of which I only ever remember two. Looking at us with tears in his eyes seeing how confused and scared we were. Knowing we couldn’t understand what he was feeling but that one sad day we would. The words he told me the first time was when his father had died. He said, “When your father dies it's like having the floor of your home being ripped out from underneath your feet.” The pain in his eyes was unbearable to see. I remember looking away to stop from crying myself at the pain I felt for him.

The second time was when his mother died. Equally as devastated his words were solid and full of pain. So meaningful as to prepare us for that time where we too would have to face the same heartache he was enduring. He said, “When your mother dies it's like having the roof and ceiling being torn away.” Those words had never left my mind, and at the time of his death I felt those words more keenly and with more of a perfect understanding. Because that is exactly how it felt.

My foundation was gone, the support he gave so effortlessly had been ripped away. At that moment all I had was his words echoing through me. He rebuilt his floor stronger than ever before so we would have his strength to support our every step. Which is exactly what I did for my family on the sad day when he was taken from us.

Learning those lessons comes with age and experiences we all go through. No matter how much you want to shelter your children, so much of life is a series of lessons. Being an adult does not make you resilient to pain and I’m sure there were far more times than that, my father had felt lost and alone hurt and disappointed, confused and scared. But he never allowed us to see him distraught. I think he felt it was his duty to be strong and make sure we were happy and safe no matter his own personal anguish. As an adult now I see the hardships, the struggles I know where we are not perfect and falter. Also where we strive and make wonderful gains. The ups and downs of having a family to see my father from a new perspective lets me realize what he was teaching me were lessons he was currently learning himself.

In the garden where lessons were learned, they were told in a soft spoken tone with meanings that are timeless. I still hear his voice as clear as the sunny days we spent lovingly nurturing his oasis. A gentle summer breeze reminds me of when his tomato plants grew so tall that my father would pull out a ladder to reach the fruit. While saying, “You can reach as high as you can dream”. Running twine so the beans could climb and be supported. He would say, “It's with a small bit of effort you can start out small and find your way just by feeling your way there”. As he would water the plants he spoke of kindness and generosity for the things around you, how giving some care to all, the garden is a better place for everyone and benefits us all with nourishment and tranquility. Having a father who cared so greatly for his garden I realized that he was actually caring for me. Rearing me into adulthood with a caring nature and an expectation of community and kindness these lessons could never have been taught by anyone greater and in a most magical place than spending time with my father in that backyard garden.

"Everyone is different and that is what makes everyone special." However, change through curiosity ﻿is the true mark of character. Let's explore all that is to be uncovered. Join me to look at life through as many lenses as possible.

More stories from Sindy Leah Fitz and writers in Families and other communities.