How Therapy Helped Me When I Went Back To Work

by Katharine Chan about a month ago in values
Report Story

From one overwhelmed mother to another 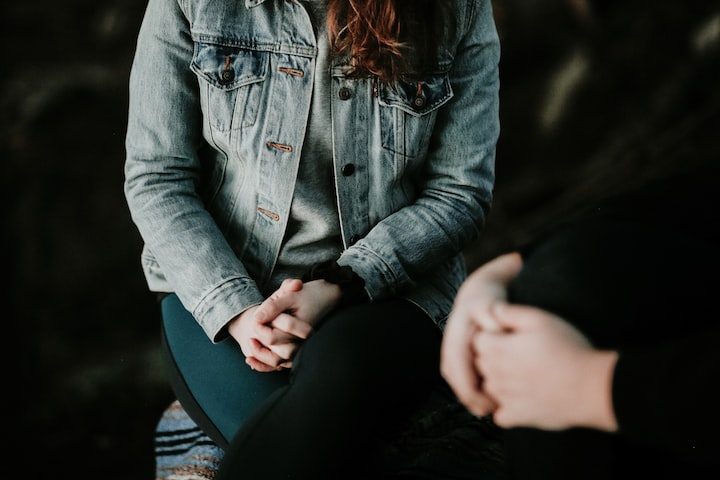 Growing up, I thought therapy was reserved for those with 'real problems'

Asians stereotypically don't do therapy. We suffer in silence and let that shit brew until it becomes stomach cancer.

Does the word therapy still relate to" crazy people"?

"Wow, there must be something seriously wrong with you!"

"Can't you just keep that shit inside or talk to your friends about that over some wine and call it a night?"

You may not say that out loud, but you may believe that. Your view of therapy depends on your level of understanding of what it is, your inherent biases, and how you were raised, social and cultural influences.

When I was growing up, the idea of getting help for your mental health was rarely talked about. And when it was discussed, it was usually about a Hong Kong celebrity going to rehab. Therefore, 90's Hollywood movies and TV shows became my source of information.

In sitcoms or romantic comedies, the line "Well, my therapist says…" would be something a kooky character would say to the main character as a joke.

Cue Laugh Track…jump to the next scene.

Therapy was always something that characters would do if they had experienced major trauma, or they had run out of options. It was like therapy was the last resort when you've completely broken down.

You know, if all else fails, try therapy…because then you've literally exhausted all options. As a kid, that was my misperception of therapy.

It's a joke if you're "normal" and reserved for only those who had "real" problems. From my ongoing recovery from perfectionism, self-harm, depression, and disordered eating, I didn't go to therapy then, but I should have.

After going back to work from my maternity leave, I started feeling extremely overwhelmed. I was really struggling to balance all the different hats I had on (working mom, writer/blogger, wife, sister, daughter, etc.).

Every time I switched gears from one role to another, I became more flustered and anxious (biting nails/picking my face type of anxiety). I realized that motherhood had replaced my ability to be mindful.

I felt like I was unravelling at the seams. I am a natural single-tasker with a Type B personality. So motherhood had forced me to become someone who was required to multitask and have a Type A personality.

I was having trouble balancing who I was and who I needed to be as a mother. My mind was constantly thinking for another person. It's like I had two minds going at once. I couldn't be my natural self and have one thought at each moment.

There were always thoughts that were simultaneously running thru my mind, and if I stopped for one second to be mindful, it was brief. Because then she was grabbing something that shouldn't be touched or yelling for my attention.

Even without her presence, I was thinking about whether she had eaten enough…if she had pooped…how long she had napped for.

As a result of this mindless multitasking, I lost my passion for the simple things in life that I used to indulge in.

The smell of the crisp air in the morning, the taste of a freshly peeled orange, the crunch of walnut between my teeth…all the small moments were rushed and completed mindlessly.

I tried to find the balance between the demands of a mother and the needs of an individual. I had a life living in the present, and now it had changed. I needed to find a way to do what I used to do while integrating this little person's responsibility.

I was scared to seek help

I knew I should have sought help, but I procrastinated for months because I was scared.

It got to the point where I couldn't sleep. I was eating crap. I was unhappy. I was constantly negative. I was always tired. I was sick of myself. I was merely going through the motions of life, letting it happen to me instead of making it happen for myself. I was incredibly unfulfilled.

So one bright and sunny winter day, I made a call and got over my fear. I told myself,

"Fuck your excuses, just do it."

My therapist was a middle-aged woman (working mother of 2 full-grown children) who wore dark-rimmed glasses. Her face was gentle, and her eyes were wise. The crease between her eyebrows would tense up as she listened, then soften as she spoke.

We conversed. I unloaded. I expressed my feelings of being overwhelmed. I cried. I sobbed.

Tears flooded my face, just like the raindrops that were running against the windowpane.

I had 3 moments of clarity that I will continually remind myself of so I can maintain balance during overwhelming times, keeping myself sane to be a good imperfect mom.

1.) It Takes Time To Adjust

It takes an average of 8 to 12 months for a mom who has returned to work to feel normal again. This is an actual, clinical fact. It takes time.

It was like a light bulb went off in my head. I could have easily read it in an article, but I needed someone (a professional, someone objective, someone with expertise) to tell me that to my face, that it's normal to feel the way I was feeling.

I told my therapist about my history of perfectionism and my ongoing road to recovery. Her response made me sob.

Childhood perfectionism often arises when the child does not feel she is valued. The child believes that by acting 'perfectly, 'she will create value for herself and those around her. When parents constantly praise a child for their maturity (i.e., grades), it can rob them of their childhood.

When I was in Grade 5, a friend of mine gave me the nickname "Mature Girl." Although it was a joke, there was an element of truth.

I don't have memories of being just a kid. I always coloured inside the lines, making sure the sky was blue, the sun was yellow, and the trees were green. I would laugh at the kids who coloured their animals purple.

I have to remind myself to let go of the idea that doing everything perfectly will make me valuable. I am valued because I value myself. I don't want to be a supermom; I want to be a healthy mom.

I didn't tell my therapist about my blog or that I've been a writer since I could remember. So when she told me to start writing, it made me smile.

She explained that the act of writing is an effective way for perfectionists to balance their emotions.

The right brain is home to emotions and intuition. Perfectionists are often in a state of stress (trying to meet impossible demands and constantly never satisfied), and so their right brain is in chronic overdrive.

The left brain is home to logic and reasoning. Writing helps activate the left brain, countering the emotional side of the overworked right brain.

I've worked in mental health and did my graduate studies in the field. I fully understood why we need to take care of our mental and psychological health. I've encouraged and supported people around me to go to therapy; however, I had never gone myself.

It's because I always had this fear that I would appear weak or "crazy."

However, now I understand this misconception stems from my upbringing and the social and cultural influences that I had growing up. And after that first session, I've made strides to become happier, healthier, and more fulfilled.

I hope sharing my story will help remove the stigma associated with mental health issues, giving the courage to anyone who feels overwhelmed, unhappy, or just completely stuck in life to seek help. I firmly believe that those who ask for help demonstrate more strength than those who keep it all in.

So Readers, what are your thoughts on the word "therapy"? Have you gone? What was your perception of it growing up? Do you think your culture has influenced that view?

This was originally published on my website on June 26, 2018.

More stories from Katharine Chan and writers in Families and other communities.