How could you have possibly missed that?

by Thavien Yliaster 5 months ago in immediate family
Report Story

It was so close and so large. 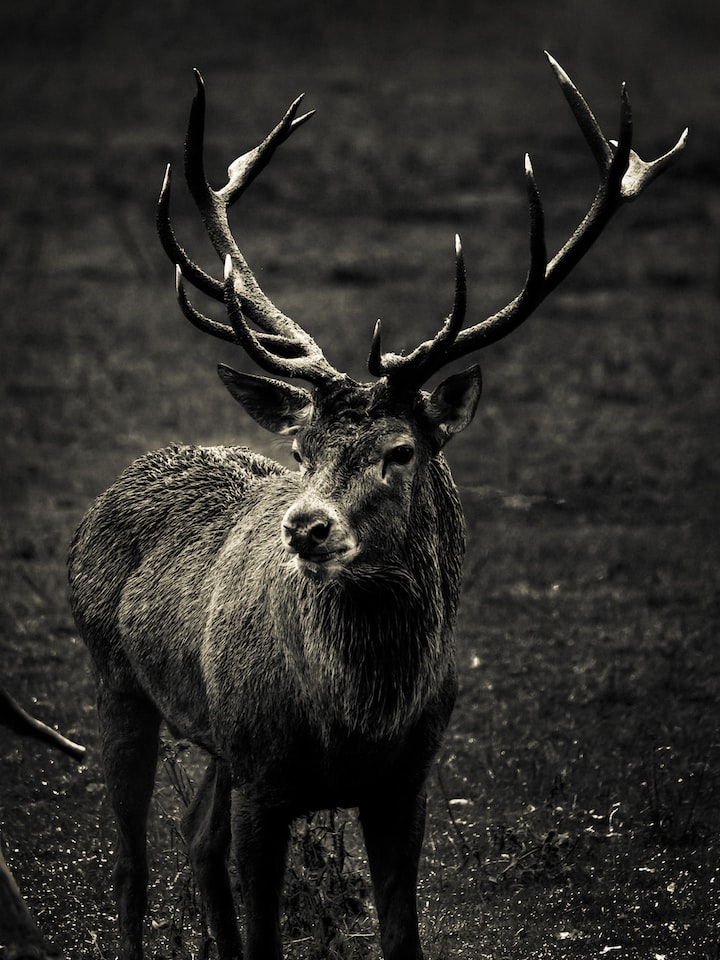 Photo by Kai Wenzel on Unsplash

Every year, when the chance came that he could, my Dad would take us both hunting out into the woods. We went to hunt on public land, an area that was diverse, kind and not very harsh. My Dad would take us to the hunting land that next to a river that is known as a marsh.

He's taught me to respect life in all forms all these years. Every time we went hunting, we would always peruse either the crop fields or forest for deer. We would always follow the rules, stay on the path, and never have we strayed. Allow me to recall the hunting story from when I was in 2nd Grade.

We had parked the truck, and got the badges from the lodge. Pretty soon we'd enter the forest, pretty soon we would be gone. We showered before to make sure that we were scent free. Then Dad, you tired a rag around your back foot, you sprayed it, and the back of our boots with doe pee.

The idea was great, a valuable technique. To lure in a buck, using a doe's urine scented while she was in heat. At the time as a child, I'll admit that this was neat. However, make sure to wash and wipe your hands, don't touch your face, you only want the scent to be on your feet.

Off into the woods. A traipsing we would go. I would follow behind you, "old-fat-lazy man pace," it was sure and it was slow. Then it wasn't long, before we had turned right. Walking past thorn bushes and prickles, plants that would give anybody a fright.

Dad we walked on through, and it wasn't very long. After enough time we sat down on a log.

Squirrels fighting in trees, creepy crawlies there and here. You said I sat so still that, "The bird didn't recognize you, so to your face, that's why it flew near."

There we sat for hours as time became a drift. To be quiet I dozed off, like a person on 3rd shift. Then there came a sight which surely could have been mocking. That time of year we could only shoot bucks, upon us a does came a walking.

Keep on reading, I hope that the ending will give you some giggles. When I asked my Dad why she left, he told me that, "You may have had little wiggles." He was happy for me to be excited and not sad. He was exuberant on the inside, and beaming that this was something that could help to make his son glad.

Pretty soon again, the cycle would repeat. The sounds the the forest would put me to slumber, off I fell into sleep. I was at one with the forest, swaying in the wind just like the trees. As a child while hunting, I would lay on my Dad's shoulder, hearing all the sounds brought to us by the breeze.

Then I was awoken, had I forgotten that this was part of the year was the rut? We both turned around and saw the biggest deer I saw. It was a massive buck.

Never could I knew that a deer could be so loud. Normally they're quietly graceful, and of their soft demeanor they seem to be quite proud. Yet, this buck was about his business and territory when he had awoken me. The sound his antlers made against the tree was quite the cacophony.

"How could you not hit him and let him loose? That deer was so big it could challenge a moose. Is the gun using the right ammo, or is that the wrong rig? Dad, how could you possibly miss a target that big?"

My Dad told me that his brother told him, "You used the wrong ammo with the wrong kind of gun. Shoot with that thing, and you're gambling money away, it's just no fun. That gun barrel isn't meant for slugs, more so buckshot and pellets. You've committed a cardinal sin, never tell of what you did to a hunting zealot."

My Dad told me, "Well, I know that this is going to sound hurtful, but even the with the proximity that buck was at, our bullet was traveling in too wide of a circle."

This is a story that we have passed on and laughed at for years. Now hopefully I gave you something to smile and grin at from ear-to-ear.

More stories from Thavien Yliaster and writers in Families and other communities.