The one that did more than get away 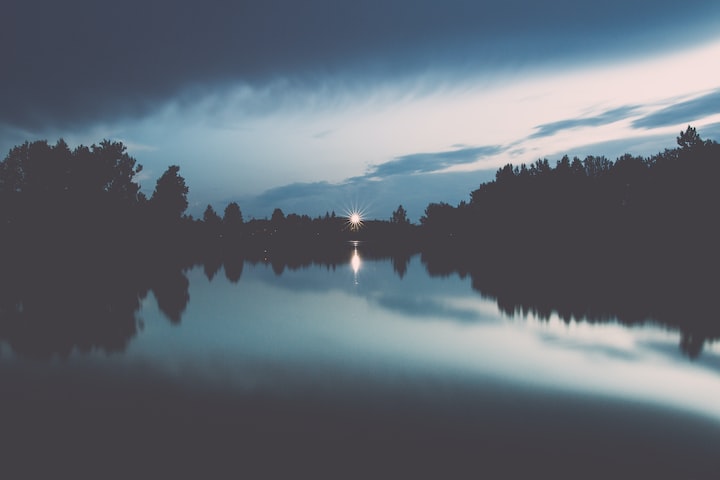 Photo by Lukas Bato on Unsplash

When I was young, my Dad taught me how to fish. Over the years we collected quite a lot of stories from our own experiences and several from others. There's always been a few that are our favorites. Some that got away, some that we landed, so many that were caught that we had to give them away, and even the days where nothing nibbled at all, as we just relaxed with our thoughts.

I remember one night when Dad had taken me out during a warm spring evening on a Friday several hours after school. A few days before he had gotten me out of bed for one of my favorite shows at the time as a kid, MonsterQuest. The episode was about an aquatic monster. I remember looking out into the darkness one night several days ago, I saw several pairs of eyes shining back at us, while we were casting.

The eyes shone back at us from the lights of the street poles that lit the bridge's pathway. As I saw the several pairs of eyes swimming above, and hearing the splashes signifying their diving below the water, Dad asserted to me that they weren't monsters or something unknown to the area. In all honesty, they were probably muskrats. I did see one grab something and nibble upon it, that reminded me of a hamster. Whether it was a fish or vegetation, I do not know as the night was dark, especially with our back towards the light.

On this night, we had sat closer to an opening underneath the bridge for the passing of boats. The water lapped up against the rocks gently with a calmness that would put the demeanor of most housecats to shame.

There we sat, waiting, looking for our bobbers in the smallest flash of the light, but we knew that's not when the battle begins. Only when the bobber goes below the water is there really a fight. Dad, you held out the rod in one hand after you had casted the line, then without hesitation after a slow reel, you got a fast bite.

Like that time, when you showed me how to use the light. I had dragged my bait across the shadow of a streetlight in the dead of night. Sure as well, I had my wish. I got my bait taken quickly and eagerly by a sunfish.

Dad, you began to reel in as fast as you could. The fish on the other end on the line was trying to get you to let go, but I knew that you never would. As I looked over and saw that you had done with for a great cast, this was no blue gil or no crappie, but a well sized smallmouth bass.

Time continued to drift on, with boredom and mosquitoes were we fighting. Then I felt a slow tugging on my line, something came a biting. With a few clicks and a bit of loosening of the drag we made sure to not snap the line of the reel. However that fish took of faster than a bat out of hell, so it made my fishing line squeal.

I was standing up, but I knew that I would have to sit on my ass. With no other option I fell back on the grass. Pretty soon, as a small child, I was being overpowered and pulled down onto the rocks. Dad, you dropped your pole and came to grab me before I took off.

Wrapping around my waist, was the girth of your arms. You held me tight and close, making sure that upon me befell no harm. As I held onto the fishing rod for what felt like ages. We recounted and told this story so many times it would fill up an entire dictionary's pages.

I was being pulled up and to, almost out of your arms, the fish had almost pulled me into the lake and loose. However, my grip failed me that evening, and we still laugh about it to this day, that the last sounds of that fight were "skip, skip, ploosh."

More stories from Thavien Yliaster and writers in Families and other communities.