by alyson lauri about a month ago in parents

The Internet itself is not getting this civilization further. 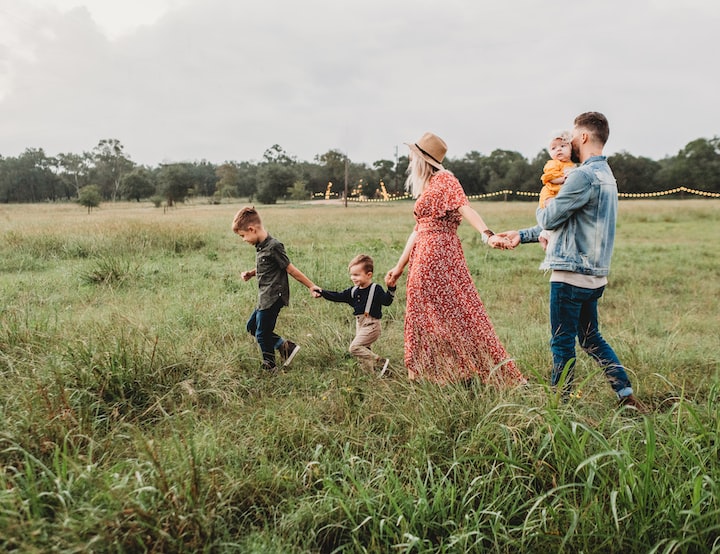 Photo by Jessica Rockowitz on Unsplash

This method was de facto born given the context of the recently discovered bacteria. It, thus, argued that this was to downplay body contacts that might have, in all likelihood, transmitted diseases to children. Not until recently has this sparked controversy, since leaving children crying it out might breed negative psychological effects and later health impairments.

Above all, physical contacts are critical in raising children. Therefore, a child split and drawn apart from his caregivers would, to all appearances, run into physical disorders. It’s not to mention that crying is pretty much an instinct among infants to voice their craving immediate response. Turning a blind eye to such a need can thereupon breed long-term disorders and even downturned self-reliance. Last but not least, the secure feeling and children-parent interconnection might as well die away as the infants are left crying.

Once having left your children to cry it out, why not let him eat on his own, self-changing diapers and living his own life. Cry-it-out miserably distresses the babies. Given the ever-evolving brain development in the newborn, such a persistence might exert negative impacts, to illustrate, disordered stress reactivity, impaired self-regulation, and deteriorated trust.

On the other side, this as well as rocks parents’ sensitivity towards their own children.

Which is indeed what we all crave so badly. We should. To all appearances, we’re all longing for prudence, beauty, wealth, and as much driven by these motivations. Still, not everyone is born gifted with [one of] those. Some are even without the capability or in no condition to achieve these lofty goals. They’ve, thus, all too often turned to other "quick bites".

They’re by no means dull, at least as far as I’m concerned. They’re rather sluggish daydreamers, who crave “no pain but gains”.

Scouring two-bit pieces of information on the internet to gain your children's intelligence and health is by all means wide-eyed. As aforementioned, given your cherishing yourself and your children, why not take on your best versions, get sharp and well-heeled to catalyze those, instead of counting on some “quick bite” tips?

Give in your “illusionary dogma”. You’re forevermore not your well-heeled version, my dear. We all know horribly well life’s not that straightforward.

Cheating for a high score does hardly leverage your intellectual levels, inasmuch as game hacking/cheats does rarely polish your skills. They’re, in all likelihood, only giving grounds for your own illusions.

Straightforwardly enough, many have proclaimed that "taking on the Western parenting style will gain their children the ‘Westerner’ progressive thinking ability and a better life". Which is as much wide-eyed since this world is convoluted and we’re merely lilliputians. Our fates are contingent on the environment we’re inhabiting, the society we’re thriving in, and the economic - social-political order reigning it. What we’d better crave is to bring ourselves to a dizzier height, wherein our descendants could effortlessly get exposed to better living conditions.

To get more “Western”, let alone open-mindedness, you’d have to learn to put up with excessive freedom of speech, extreme democracy, tradition turn-down, and faint family bonds. Good and evil are always intermingled and one way or another impacts each other.

As far as I’m concerned, securing our children’s physical and mental health is what we’re capable of, and should ever do. As regards the already-sophisticated-systematic things, there exists no “quick bite” solution, let alone other perplexing, entangled problems. Daydreaming turning your children into “supernatural entities”, to all appearances, is purely a self-deceived saving grace to our already shrinking ship.

Anti-vaccinated children might faze upon being asked of their physical impairments.

Given their successful “hold-on-the-bare-surviving-line” until school.

See all posts by alyson lauri →