American Parenting Style is Not Turning Your Children Us Presidents

by alyson lauri 8 months ago in children

What on earth do parents expect at their children, to “better” them at all costs? 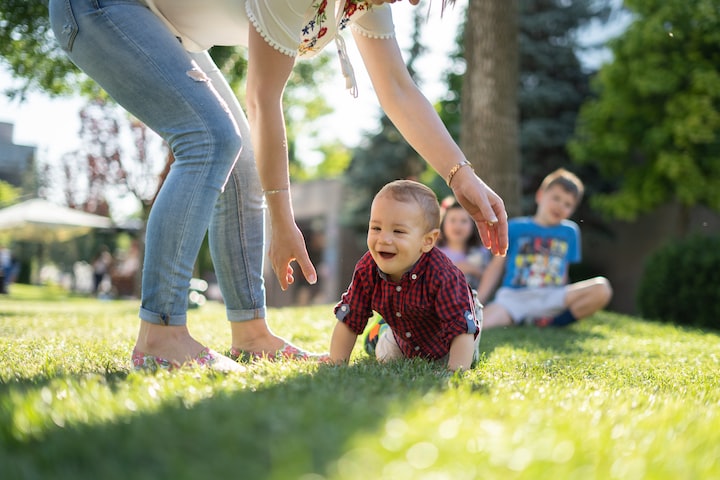 Photo by Jordan Rowland on Unsplash

What on earth do parents expect at their children, to “better” them at all costs?

A mother breastfeeding her child discovered a red bump in her armpits. Taken aback, she turned to her phone, googling: "armpit lymph nodes". Within half a second, the world's largest search engine handed her in over 160,000 results. It took her as much time to pass over any dermatitis, infection, or allergy causes. At that time, the only thing stillborn in the mother’s mind was purely "vigilant for breast cancer". The young mother, thereupon, splurged the next 3 hours scouring the Internet, seeking Dr.G’s advice, conjecturing that she’d caught a fatal disease.

It eventually turned out merely an insect bite.

Dr. Guido Zuccon, Queensland University of Technology, argues that major search engines have yielded irrelevant information, breeding erroneous self-diagnosis and self-maltreatment, and eventually exacerbating one’s health condition. We’ve all too often turned to Google for disease information, so intermittently that they’ve made up 5% of the total monthly global searches. Nevertheless, results revealed that, only about three of the first 10 results were highly useful for self-diagnosis and only half of the top 10 were somewhat relevant to the self-diagnosis of the medical condition.

Still, given your discrediting the wrong advice, you might have yourselves exacerbated your own situation. There’s since popped up the so-called Cyberchondria, the unfounded escalated concerns from scouring the Internet for two-bit pieces of health information (OCD).

The dawn of the Internet has granted us with bottomless access to information. In this manner, young parents have reckoned with it as the most “pushover” place to ever seek parenting advice, notably when they start losing faith in the old sayings.

Given the junk pieces of information all too often found on Google (ill-translated articles, “clickbait” SEO posts, tabloids, in a high attempt to market affiliated hospitals/kindergartens/clinics/sales...) and ill-informed young parents, Internet’s advice has turned out fueling the fire.

Those having internet access might, to all appearances, be not that down-and-out, should you cherish your own/your children’s health, why have you hardly reached out to experts for advice instead?

The Internet itself is not getting this civilization further. It's rather purely a tool, a precursor to this. Thus, to a certain extent, it’s as much an efficacious tool for dullness to reign.

Breast-feeding mothers, instead of rattling on the old advice as what their mothers did, have ganged up on the internet, sharing anti-scientific child-rearing methods.

They’ve, however, proclaimed this civilized. So it is every Internet thing.

Lotus birth, a briskly emerging trend; has actually popped up among Western societies since 1974. It had formerly been developed from chimpanzee birth observations, wherein the postpartum placenta would be kept instead of removed. The child would, thus, stay connected to the umbilical cord until it self-lost (after 3-10 days). Which goes violently against the modern mainstream postpartum umbilical cord clamping and placental ablation practices.

Devoted followers of such a method count on it to “pay off”: boosting blood circulation and nutrients from the placenta, belittling umbilical cord injuries, proclaiming it the most natural paved way to “descend”, thus hooking him up to the spirit world. Dismally enough, the number of studies conducted on lotus birth has since been meager. Scientists could, therefore, hardly ever reach any of those conclusions - let alone the spiritual things they’d never reckon with.

Once the placenta gets exposed to the outer environment, the blood circulation process as well as stops. Neither metabolic nor circulatory activity would manifest, except for the little by little fallen apart and as much decayed dead tissue mass. Once having remained connected to the infant for a long enough time, the decaying placenta’s bacteria would, beyond doubt, get passed through the umbilical cord.

children
alyson lauri
Read next: Understanding the Effects of Addiction on the Family
alyson lauri

See all posts by alyson lauri →