Unpopular opinion: It's okay to change your major.

by Meg 11 months ago in degree 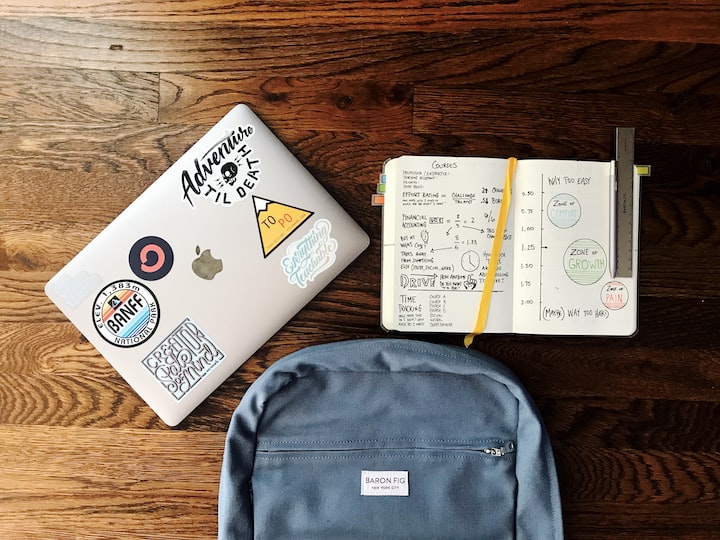 Photo by Matt Ragland on Unsplash

I remember entering college in 2018 knowing with absolute certainty that my major, Elementary Education, was perfect for me. Then, I had a sudden change of heart. Here's how it went.

I never, ever thought that I would change my major to anything unrelated to education. Ever since I was in elementary school myself, I knew that teaching was right for me. My fourth and fifth grade teacher, especially, grew my inspiration for teaching tenfold. (Thanks, Marci!)

However, I was in college and realized I never allowed myself to explore other options. I had, and still have, many interests in life. I love traveling, creating art, making music, operating social media and marketing platforms, and I have a huge interest in all things related to criminal justice and psychology. My original plan, to major in education and minor in fine arts was starting to become a tiresome thought for me while completing general education prerequisites my first year of college.

I felt as though I wasn't learning anything, and as a person who LOVES to learn about new things, I began to doubt the plans I had my entire life. So, I decided to explore my options and ended up changing my major to Criminology and Criminal Justice with a minor in psychology. Big switch, I know. And even though I would change my major yet again, this was the best decision I could have made at the time. I was going through many things in my personal life at the time; navigating a double full-time schedule, packing to move back home with my parents, experiencing my first relationship in awhile, and unresolved differences with long-term friends. And that's just to name a few.

So, I began my sophomore year as a new criminology major, eager to learn as much as I could about my new future career field. And let me tell you, I absolutely loved it. Again, I was convinced I was where I needed to be. Family and friends were supportive in my new decision to pursue a career in criminal justice. Over the next year I went on a police ride-a-long, learned about terrorism and sex offenders, and studied over 40 theories of crime and deviance. I applied for a police cadet program at school, got an interview, and then ultimately was not selected to take part in the program.

I was heartbroken. I thought that this was my path; that becoming a police officer was my new calling. A feeling began to weigh on my heart before I even applied to the program that I was missing the idea of becoming a teacher. It slowly grew until one day, I cracked. A lot of thinking, re-evaluating my goals, and LOTS of praying finally lead me back to the education route.

So, here I am. I'm a year behind my degree for the Elementary Education program, but I'm happier now than I have been for the past two years of my education. I'm so thankful that I took the opportunity to explore other options because it not only reassured me that education was ultimately where I needed to end up, it also showed me how thankful I am for the opportunities I have been given so far in my educational career.

My journey so far hasn't been perfect, but it's exactly what I needed for it to be. If you are questioning your major, start exploring other options. You might find your way back like I did, or you might realize you've fallen in love with a different career. Whatever it is, make sure it's something you enjoy in the end. Because life is too short to waste time being unhappy.

20 years old, living life, and choosing happiness every chance I get.

See all posts by Meg →