The Worst Addictions College Students Are Exposed To

by Varga Norbi 9 months ago in pop culture
Report Story

And how this vulnerability can potentially ruin them… 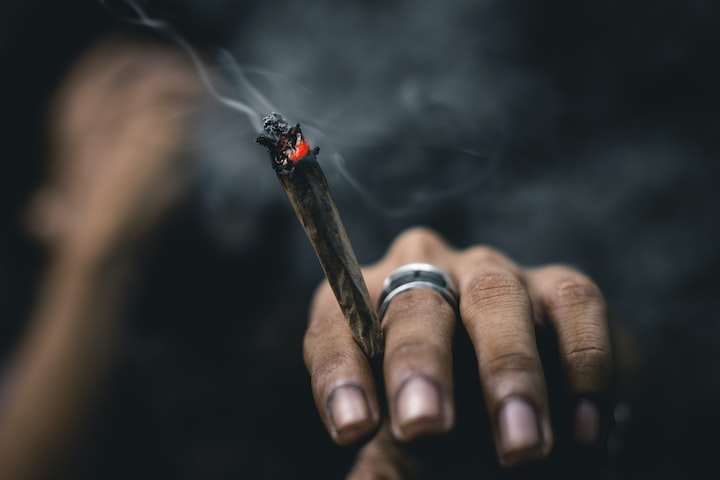 Photo by Ahmed Zayan on Unsplash

College is traditionally considered to be the place where young minds receive an advanced education in a subject or profession of their liking, but factual reality tells a much darker tale…

After spending 4 years in law school, surrounded by classmates with radically different backgrounds, I came to realize that certain destructive habits are simply aimed at college students with greater accuracy then I would have previously expected. Not only that, but since my former self was also quite naive, I had personally gotten involved with some of these frighteningly addictive habits, thankfully without long-lasting impairments.

Why are college students so vulnerable?

While many of us believe that most addictions are developed following unfortunate events, but while there is some truth to that statement, addictions still do not develop on their own. Most students are first moving out during college, and for many of them, this sense of freedom needs to be explored beyond its reasonable depths.

I strongly believe that your college years will have a massive impact on the man or woman you’ll become afterwards, because college allows you to be your true self, without limitations. This does not mean that all college students have an inner self which draws its strength from addictive activities, but the activities themselves are know for exploiting the biggest sins of mankind.

It will all make sense, hopefully…

From the get-go, college is depicted as a time of fun and parties, not only in movies and modern literature, but even more so on social media. Starting with the obvious, alcohol is unsurprisingly the main guest at 99% of all college parties, which is not necessarily a bad thing.

Occasionally enjoying the tipsy feel given by alcohol consumption, especially during a lit party is more than understandable. Popular party games such as beerpong are indeed great fun, and we cannot find reasons for serious concern when it comes to drinking at parties once or twice a month. Sure, it is not a healthy or constructive practice, but it’s a perfectly normal part of college life.

Problems emerge when individuals integrate in groups which regularly consume alcohol, speaking of daily casual drinking. While we are inclined to call drunk people alcoholics, true alcoholism goes far beyond that point. Getting hammered once or twice a month is likely to do less harm in terms of addictions than having three or four beers every day for prolonged periods of time.

Luckily for me, the relationship I have with the fitness industry consistently kept me away form drinking. I can barely remember when I got drunk the last time, although I absolutely love the taste of good liquor. However, I could easily name a handful of my former mates whose alcohol-related problems wouldn’t let them sleep without having a beer or two beforehand.

Cannabis is still the most popular illicit substance consumed around the world. Although the modern reforms in terms of legalization could impact this statistic, in most countries outside of the U.S. marijuana still remains illegal, with some notable exceptions. There has been little scientific evidence surrounding the probability of developing an addiction for weed, thus we won’t be discussing the subject extensively.

The real problem stands in the so-called “party drugs”, which are mostly consumed by either ingestion or snorting.

Cocaine is not necessarily our target subject either, as its expensive nature makes it less popular among college students. Crack, heroin and ketamine are also a subject for another day, as these substances are not as frequently encountered during the college years, as are the popular party pills.

MDMA, ecstasy, and a wide range of other illicit party drugs have made their way into the mainstream college stage during the early 2010s, with their popularity still rising to this day.

The biggest threat posed by these fun little pills is their potential for turning into the gateway for serious drug abuse. Curiosity lingers in college students, as does the cigarette smoke at most parties. Problems emerge when the organism develops a level of tolerance towards the active chemicals found in these pills, and as the nightly dose of fun becomes more expensive, some students start seeking some cheaper alternatives.

From that point on, a dark road leads towards health issues, financial instability and a real danger in terms of addiction. These cases might be rare in individual college groups, but on a larger scale, the number of college students who fall prey to the side-effects of drug abuse is rising at an alarming rate.

Although not as common as alcohol and drugs, gambling is one of the most addictive and destructive activities mankind has ever created.

I’ve seen it unfold time and time again, even experiencing it on my own skin… The plot is simple: every class group has that one student who either plays poker, slot machines, blackjack, or is actively sports betting. The certain members of the group join in on the action one day, out of sheer fun, but someone actually wins a bit of money.

From that point on, it’s likely to be a downhill ride for the (un)lucky winner, as casinos and sports betting platforms capitalize on one of the great biblical sins of mankind, greed.

The unfortunate few who actually win some money when first trying out a form of gambling will most likely be drawn into the world of chances without even noticing. The thrill of the spin, the hand or game, in combination with the slight chance of winning winning big, exploitation at its finest.

Estimates claim that roughly 6% of American college students have some level of gambling addiction, a statistic which is even more terrifying when we consider the fact that reportedly around 50% of all gambling addicts do end up committing crimes in order to support their obsession.

More than 450,000 deaths are caused by tobacco smoking each year in the United States alone, and it goes without saying that this number is much larger in Europe and Asia, as the leading continents in terms of smoking rate. The U.S. government took great legislative and social action to discourage smoking, with surprising success, but in Europe, despite the Union’s best efforts, people were are simply not willing to give up on their beloved cigarettes.

As of this writing, I’ve been 1 year clean after smoking for 3, but it all started in college. A cigarette at a party tonight, one with my coffee the next day, and suddenly I found myself spending a lot of money on cigarette packs.

And it’s awful. Quitting is even worse, because although most people are well-aware of how harmful smoking is, they’d rather take the risk than quit. Giving up smoking was perhaps the toughest thing I ever did.

How about the rest?

One could argue that there are far more addictions targeting college students than the ones we listed here, and that is absolutely true.

However, from a personal perspective, addictions such as social media, procrastination, pornography and so on are still not as dangerous as the ones listed above.

Could these pose difficulties during adulthood? Yes, without a doubt.

But are these “modern” addictions potentially deadly? Not really.

Regardless of the activity or substance, we need to learn to draw the line between joy and dependence, but with addictions being such silent killers, by the time we realize this, we’re far beyond the dependence line.

More stories from Varga Norbi and writers in Education and other communities.