The lost lands of the Ice age.

by Vince Woodward 2 months ago in Nature
Report Story

When the last ice ended 10,000 years ago a vast area of land was flooded by rising sea levels. 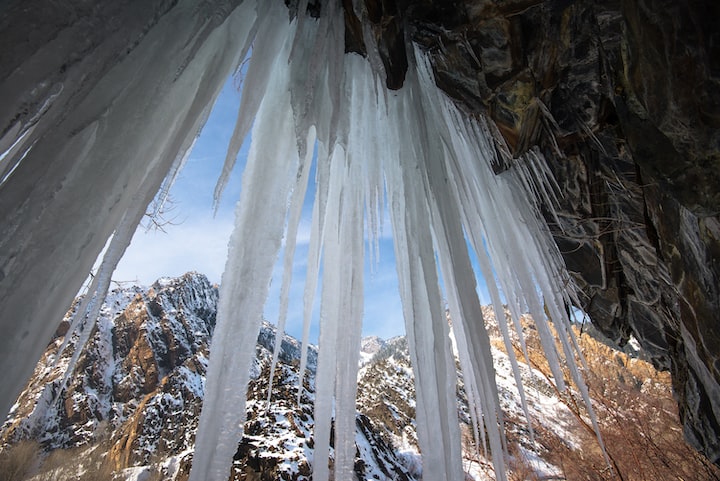 Photo by Scott Osborn on Unsplash

At the end of the last glacial period, commonly known as the Ice Age, between 20 and 10 thousand years ago an extremely large area of land around the margins of the continents was flooded by rising sea levels. These lands spanned an area of approximately 10 million square kilometres, and some were very important habitats for wildlife and migration routes for populations of early humans. In a number of cases current island land masses such as the British Isles, some of the Japanese islands, and a number of islands in present day Indonesia were connected to their neighbouring continents.

There have been many alternating glacial (cold ‘Ice Age’) and inter-glacial (warm) periods throughout earth’s history. The last glacial period began around 115 thousand years ago although its onset was of gradual cooling from warmth of the previous inter-glacial period. As glaciers and ice sheets began to grow in high latitude regions the sea level began to fall. These bodies of ice are created by snowfall that does not melt during summer that gradually accumulates over thousands of years into huge masses of ice that that can be more than 3000 metres thick in places. Since the origin of this snowfall is moisture evaporated from the world’s oceans there is loss of water from the oceans with that water ‘locked up’ in glacial ice and a corresponding drop in sea level.

The last Ice Age reached its peak of severity around 24,000 years ago, although the maximum extent of ice varied by few thousand years either side of this depending on location. At this time there were vast ice sheets covering much of the northern hemisphere and while ice was less extensive in the southern hemisphere the Antarctic ice sheet was larger than it is today and a significant ice sheet existed in the southern portion of South America, the Patagonian Ice Sheet.

In North America the vast Laurentide Ice Sheet covered parts of Alaska, virtually all of Canada and the northern parts of the USA. This ice reached as far south as where Chicago exists today and it’s eroding action formed the Great Lakes, and Long Island in New York was at the ice’s eastern boundary. In Europe ice covered much of the British Isles as well as Scandinavia, Denmark and parts of northern Germany and Poland. This was the Fennoscandian Ice sheet and it extended into western Russia across the Barents and Kara seas as far east as the Taymyr peninsula (Barents-Kara Ice Sheet). It used to be thought that the British Isles ice sheet was smaller and separated from the Fennoscandian ice sheet, however, more modern evidence indicate that this was not the case. Indeed, very recent evidence suggests the ice extended all the way south across the Irish Sea to Cornwall in the west, although south eastern Britain was ice free. Perhaps surprisingly much of Siberia was free of ice it is believed that ice in northern Europe blocked any moisture from the Atlantic making the climate extremely dry so that extensive glaciation could not take place. As previously mentioned, there was a large expanse of Ice in Patagonia and smaller ice caps existed in other locations including the Alps, the Pyrenees, the Himalayas, the mountains of eastern Siberia, Iran, The Caucuses, New Zealand and the Andes.

At this time sea levels were around 140 metres below modern levels and larges areas of what is today the sea bed of the continental shelf was exposed. Many of these exposed areas of land were very large and would have provided important habitats for animals and plants, including iconic species such as Woolly Mammoth, sabre toothed cat, Mastodon, and Bison. They also would have played an important role for early human both in providing hunting grounds and routes for migration.

A land bridge existed across the Bering Sea between Alaska and eastern Siberia and this area is known as Beringia. It is believed that Beringia had a crucial role in allowing humans to migrate from Asia to the Americas although there is much controversy around this. The region was largely unglaciated due to very dry and cold conditions, however, the vast ice sheet in North America blocked further passage into the continent. This ice sheet actually consisted of two conjoined ice masses, the Cordilleran Ice Sheet that had formed over the Rocky Mountains and the larger Laurentide Ice sheet centred over Hudson Bay. During the time when these ice sheets were growing, and also after they began to retreat, they were separated allowing humans to possibly pass between to ice free areas further south. It is important to note that these two periods when there was a passable route was separated by many thousands of years. This is where the controversy lies, if its assumed humans used this route after glacial maximum then humans would have migrated into America between 14 and 12 thousand years ago. However, if they did this before glacial maximum humans may have arrived in the North America much earlier perhaps before 30 thousand years ago. Previously it had been assumed the former was the case, but recent research shows evidence of human settlement in the Americas much earlier than had been once been thought.

Another important area is in south east Asia where a large area of land was exposed. Australia was joined to the island of New Guinea forming a larger continent that has been named Sahul. Meanwhile the most of the islands of what is today Indonesia were attached to the Asian mainland forming the subcontinent of Sundaland. Being in tropical locations both these areas provided rich habitats for wildlife. The world was much drier during glacial times than it is today due to weaker atmospheric circulation, consequently forest areas were much diminished compared what would exist today without human influence. Rainforest was thus much more limited in extent and tropical areas were generally savannah habitats. Sundaland and Sahul where never joined together and this strait marks an important boundary, the Wallis Line, between areas with Asian and Australasian species.

Fig. 3. Sundaland and Sahul landmasses at their maximum extent (right) compared with the present (left).

In Europe much of the North Sea was dry land, with the northern portion of this landmass being glaciated. The river Thames was a tributary of the Rhine which flowed westward along the dry Channel entering the Atlantic in the western approaches. As the climate gradually warmed this region known as Dogger Land after the Dogger Bank, which was a low range of hills at this time, gradually shrank in size. Dogger Land was probably a marshy area with many large rivers for much of its existence.

Dogger land shrank to a narrow isthmus before finally disappearing under the waves around 8000 years ago making Britain an island.

From around 20 thousand years ago the climate began to warm and ice sheets and glaciers began to melt and retreat. It is believed that warming and consequent melting occurred at different times in different locations, with Antarctica seeing ice loss before the northern hemisphere although this is controversial. The climatic warming from the maximum point of the ice age to warm conditions was more rapid than the cooling going into glacial conditions, being completed in around 10 thousand years. There were rapid temperature fluctuations through this period with conditions at times being very cold or warm. The Younger Dryas was a notably cold phase lasting from 12500 – 11800 years ago during which the climate returned to almost full glacial conditions. The sea level rise from full glacial maximum to the beginning of the Holocene, the current warm period, was thus not a gradual one but was rather sporadic with periods in which sea levels rose rapidly corresponding to specific warming and melting events. Sea levels comparable to modern day were reached by around 6 thousand years ago.

I am a partially sighted artist and writer living near Margate in the United Kingdom.

More stories from Vince Woodward and writers in Earth and other communities.