The Bears in the Moss forests

by Vince Woodward 9 days ago in Nature
Report Story

The fascinating micro-world of mosses. 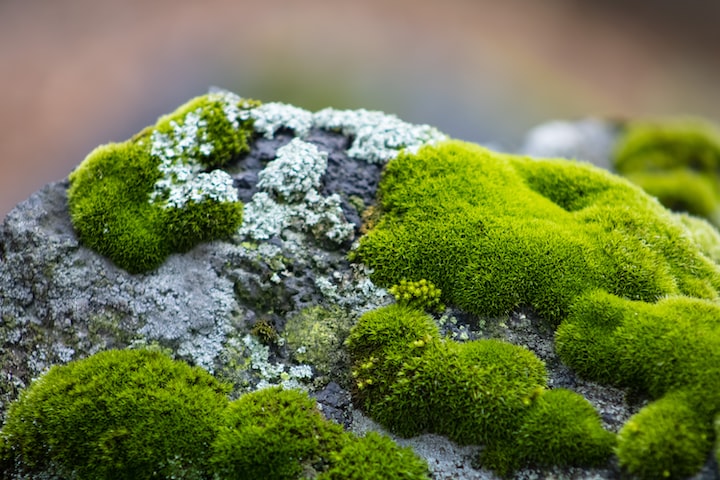 Photo by Aldo Hernandez on Unsplash

Mosses were some of the earliest true plants to colonise the land surfaces of the earth as much as 470 million years ago. These tiny plants are almost like miniature forests and provide a habitat for a number of microscopic creatures, including some with remarkable ability to survive in very extreme environmental conditions. Moss can grow in a range of habitats from tropical rainforest to Arctic tundra.

Green clumps or mats of moss are found growing on surfaces mostly in shaded and moist areas. It will grow on rocks, the branches and trunks of trees, stone or brick walls, cracked asphalt or forming a ground cover similar to grass. If you look closely, you can see that mosses are in fact tiny plants and have an appearance like feathers or miniature trees.

Mosses, along with liverworts and hornworts, belong to a group of plants known as Bryophytes. There are around 12,000 species of Bryophytes. These are non-vascular plants, that is they do not possess the vessels through which more complex plants transport water and nutrients between different parts of the plant. For example, for the movement water and nutrients drawn up through the roots, or the transport of the products of photosynthesis, both vital for survival and growth. Mosses do not in fact have roots, but have hairs like structures (rhizoids) that anchor them to the surface on which they are growing. They can only absorb nutrients from the surrounding environment if they remain damp and are covered with a thin film of water. The leaves are only one cell thick in order to allow gas exchange to take place, absorbing Carbon dioxide and expelling Oxygen as all plants do. This limited ability to absorb nutrients explains why mosses are so small, and they rarely exceed a few centimetres in height. Moss is never parasitic, unlike fungi, and does not take nutrients for example from a tree on which it is growing, it simply uses the tree as a surface to grow on.

Moss is generally found in cool damp environments, although some species can cope with periods of drying out, for example as occurs on sunny, windy alpine slopes or heathland. Mosses are found in tropical forests, mainly in cooler areas at altitude such as in cloud forests, but are particularly common in Boreal and temperate forest biomes. In Tundra areas, which are particularly damp because constant low temperatures prevent water from evaporating, mosses make up a large proportion (50 – 90%) of the plant coverage.

Mosses reproduce in an unusual way as, unlike most plants, they do not produce seeds. Instead, reproduction takes place through the release of a large number of microscopic spores into the environment. Asexual reproduction can also occur through vegetative propagation, which is where a piece of the plant breaks off and creates a new organism which is a genetic clone of its parent. Moss plants can have male sexual organs, antheridia, and female archegonia organs on the same plant, but more commonly they are found on separate plants. The male antheridia release sperm but the only way these can transmitted to female plants is through water covering the plants or being splashed by raindrops. Once an egg within the archegonia is fertilised a stalk called the Sporophyte, with a small capsule at the top which contains the spores, grows from the female plant. When the capsule dries out it breaks open and the spores are released and carried off by the wind. If a spore settles in suitable location a fibrous plant called a protonema grows initially this then form buds which become male or female plants.

The fossil record for mosses is patchy because of their soft tissues not being easily preserved. The oldest bryophyte fossils are around 320 million years, placing them at late Carboniferous period, although the ancestors of mosses may have existed much earlier. Some research suggests possibly even as early as 470 million years ago during the Ordovician period where they are implicated in causing an ice age. It is thought that a combination of mosses, growing on previously barren rock and soil, absorbing increased amounts of carbon dioxide, coupled with more rapid chemical weathering of rock which would have the effect of burying more carbon at the bottom of the oceans caused the Earth to rapidly cool.

Most evidence points to Mosses probably having evolved from an aquatic plant similar to green algae. Although it should be noted that it is not believed mosses are the direct ancestors of more complex vascular plants and that the lineage is more complicated.

The Tiny but mighty water bear

Mosses provide a micro-habitat for a number of tiny organisms including springtails, tardigrades - more commonly known as water bears, nematodes and rotifers. Springtails are creatures that have six legs and look like insects, but they are not directly related to them. They can be up to 6mm long, although most are much smaller, at as little 0.2 mm long. Springtails, get their name from a tail like structure that is normally folded under their body under tension but can be spring back propelling the animal several centimetres into the air. This action, taking less than 18 milliseconds according to research, is used to evade predators, such as spiders. The diet of springtails is mainly leaf litter and other organic detritus although some are carnivores and eat even smaller invertebrates including nematodes and rotifers.

Tardigrades are an especially interesting animal that are commonly found living on mosses. Under the microscope tardigrades have the appearance of looking rather like a very tiny bear hence the common name water bear. Tardigrades have eight legs with clawed feet and are around 0.5 millimetres long. They feed on moss, algae and even smaller animals. Although they are associated with moss, they have been found to live in a wide variety of environment from tropical forests to Antarctica and as well as high mountains and deep oceans. Tardigrades have a remarkable ability to survive very harsh environmental conditions that would swiftly kill almost all other organisms. For example, they can survive very high temperatures up to 150 degrees Celsius, extreme cold, radiation at doses hundreds of times fatal to humans, vacuum conditions found in space, and pressures several times that of the deepest ocean. Individual tardigrades only have a lifespan of few months but can survive in a dormant state where they are almost completely desiccated for as much as 10 years before being revived, and can survive in frozen conditions for 30 years.

Nematodes are minute worm like organisms that are between 0.1 to 2.5 mm in length. They have simple digestive system and a round head with teeth like spikes encircling the mouth. These animals eat bacteria and algae. The number of nematode species Is not known with any certainty although it is thought to be very large, some research suggests figures in the millions. Nematodes inhabit nearly every habitat on earth from the highest mountains to the bottom of ocean trenches and from equatorial to Arctic regions, and they live in freshwater, saltwater, and terrestrial environments from the topsoil to deep underground (they have been found in South African goldmines at depths of 3500 metres). The sheer number of nematodes on the Earth is quite staggering. There are thought to be as many a million nematodes in a square meter of soil. As much as ninety percent of all the animals living on earth are thought to be nematodes, that is 60 billion for every human. These animals are thought to play a crucial role in regulating soil chemistry as they excrete ammonia and therefore play a significant role in the nitrogen cycle. Many nematode species are parasites of either plants or animals including humans. The intestinal diseases caused by infestations can cause significant damage in livestock, and there are a number of diseases that affect humans including hookworm disease.

Finally, Rotifers are tiny aquatic organisms that are either free swimming like plankton or move by crawling over a surface. There main food source is organic debris including dead bacteria and algae. Rotifers are common freshwater species. Some rotifer species form colonies where individuals are clumped together in a somewhat wheel like shape, these may free floating or sessile remaining stationary attached to a substrate.

I am a partially sighted artist and writer living near Margate in the United Kingdom.

More stories from Vince Woodward and writers in Earth and other communities.