by Olivia L. Dobbs 4 months ago in Science
Report Story

Need Some Good News? Check Out These 10 Recent Articles: 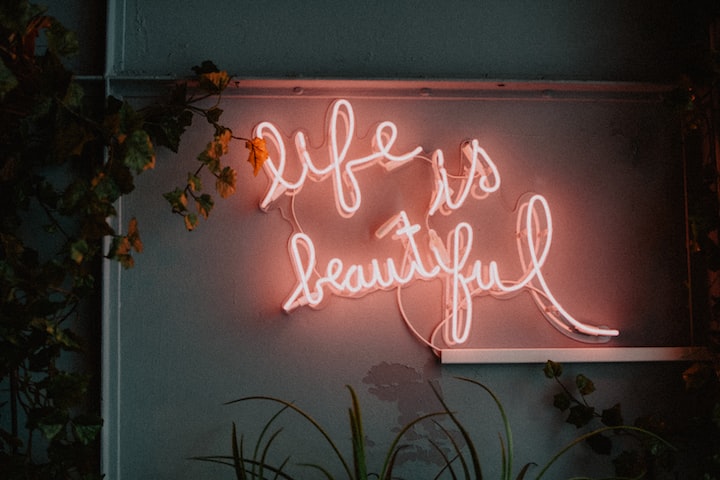 Photo by Katarzyna Grabowska on Unsplash

We all need a little positivity to balance out the harsh news cycle we've been subjected to recently. In the background of all the tragedy of the last few years, great things have been happening too! Take a break from the negativity and restore your faith in humanity. Check out these 10 amazing articles that point towards a better tomorrow:

On June 9th, The U.S. Interior Department announced that they are planning to phase out single-use plastic items in the national park system over the next ten years. To reestablish the federal government as a leader in environmental improvement, federal parks will begin to replace plastic items with metal, compostable, or reusable ones.

The Department hopes this initiative will help keep the parks beautiful, the wildlife safe, and help the world remain safe and healthy for its human inhabitants.

A Harvard scientist partnered up with a company in Texas to use gene editing to revive the Wooly Mammoth. The team estimates they’re about 4-6 years away from the production of real wooly mammoth calves.

Due to the incredibly close genome of the Asian elephant, the team is confident that the technology to accomplish this major feat is feasible. The team believes that this recreation of the species can have positive effects on the environment. They’ve already picked out a large reservation spot in Siberia, where the addition of the mammoths could potentially improve the food chain’s function and improve the rate that permafrost compacts onto the earth.

3. New Plant Discovered - And it's the World's Largest

Scientists in Western Australia found a species of sea grass that is the world’s new largest plant. The single organism stretches about 112 miles and is estimated to be over 4,500 years old.

Before testing the plant, the team assumed it was a colony of many individuals, but genetic tests helped determine that the entire length was connected and came from a single seedling!

A small immunotherapy trial of dostarlimab in New York caused 12 cancer patients to go into remission after only 6 months of treatment. The participants, who would have traditionally needed chemotherapy and surgery, saw much less drastic side effects and have remained cancer-free since the trial.

Additionally, the new technology used to develop the drug utilizes mechanisms that may apply to other forms of cancer as well. In the following year, we’ll likely see more instances of cancer being cured by Dostarlimab and similar medications in more robust studies. The success of this trial has us another step closer to curing cancer.

5. Back from the brink of extinction: The Spix’s macaws are returning to the wild

A breeding and rehabilitation program is about to successfully save the Spix Macaw from going extinct. The bird was once one of the rarest in the world, with the last wild individual seen 20 years ago.

Partnering with a German NGO (ACTP), Pairi Daiza Foundation of Belgium has bred 180 healthy Spix Macaws. They’re set to release them into their native habit (northeastern Brazil). The experiment will start with releasing just 8 birds but, if successful, this macaw will become the first bird to ever be reintegrated into the wild by humans.

A researcher from Texas Heart Institute, Dr. Doris Taylor, successfully repurposed a pig heart to function as a human heart. With this medical breakthrough, we just took a huge leap forward towards being able to manufacture organs. This innovation will make organ replacements more accessible for patients shortly.

7. A Group of Researchers Used Nanotechnology to Destroy Cancer Tumors

A team of researchers successfully engineered a small cell that, when it enters the body, can stimulate the immune system to fight against tumors. The published study showed that this method could completely clear solid tumors and help the body fight against future tumors if any more form. Effectively, this new treatment option could act as a vaccine for some forms of cancer.

8. U.S. Landfills Are Getting a Second Life as Solar Farms

When landfills fill up and get grassed over, these spaces are usually unsuitable for development, due to hazardous materials, unstable ground, and pollutants. We’ve found a solution for this: turning these fields into solar farms. In 2021, the United States saw these sorts of projects skyrocket, with announced projects set to develop 10 times as many megawatts of electricity from grassed landfills compared to 2020.

These landfill solar farms, dubbed “brightfields”, could both make use of mostly unusable land and also help power our cities with green alternatives.

Additionally, the report, led by Tracking SDG7, found that access to clean cooking improved globally and the amount of clean energy production increased. Even though Covid reportedly slowed the progress of these improvements, researchers remain optimistic about the next 10 years. The most likely outcome is that these metrics will continue to improve in developing countries.

10. Scientists reverse aging in mice - they’re currently looking into how to apply the science to humans

A lab at Harvard successfully reversed aging in mice. Through various experiments, the team has been able to “reset” the functioning of organs like hearts, eyes, and even hair! As far as the team can tell, the changes they have made have been permanent, effectively setting back the genetic clock on their mice participants. Once the treatment is administered, the mice are young again and begin the aging process from the start.

The main researcher, Dr. David Sinclair, is optimistic about the applications this will have for humans. He suspects that very soon his research can be used to prevent or cure many age-related diseases like cancer, heart disease, and even Alzheimer’s: “I'm optimistic that we can duplicate this very fundamental process that exists in everything from a bat to a sheep to a whale to a human. We've done it in a mouse. There's no reason I can think of why it shouldn't work in a person, too.”

Know of more good news? Share it in the comments below!