by Gladys W. Muturi about a month ago in racial profiling / innocence
Report Story 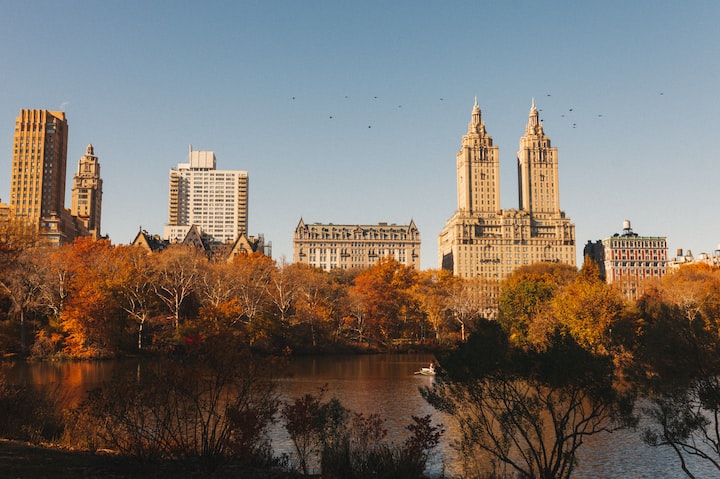 Photo by Josh Couch on Unsplash

April 19, 1989: after 9pm, a group of 33 teenagers went into Central Park at 110th Street and 5th Avenue for the purpose of beating and robbing people in the park – an activity known as “wilding.”As the group traveled south through the park, they harassed and assaulted random people they encountered. At least seven men – joggers, walkers, and bikers – were attacked by the group between 9pm and 10pm. Two of the men had such serious head injuries that they were hospitalized. As the group was rioting through the park, different people who saw them or who were harassed by them notified the police. Central Park police officers began searching for the group, traveling to the last destination where the group had reportedly been. And the young men, seeing approaching police lights, retreated into the darkness and behind trees to avoid the police. Finally, at almost 10pm, the group left the park at West 96th Street. The Central Park police officers, unable to find the youths, also left the park and immediately saw a large number of young men walking north on Central Park West. The officers tried to detain the group, but the young men scattered – some running west and others jumping the wall and running back into Central Park. Five of the teens – including KEVIN RICHARDSON and RAYMOND SANTANA were arrested in or adjacent to Central Park, shortly after the last assault and robbery occurred. The rest of the group fled. At the time, the group was intercepted, the police did not yet know that a female jogger had been raped, beaten, and left for dead in the woods north of the 102nd Street transverse. The police were interviewing the young men who had been apprehended and preparing paper work to charge them with the assaults and robberies for the crimes against the male victims.

April 20, 1989 Between 2 and 3am almost naked and badly beaten body of Trisha Meili (whom the media named “the Central Park jogger”) was found by two men walking home through the park. When they came upon her body, she was unconscious and thrashing involuntarily in a muddy puddle at the bottom of a ravine. The men ran out to Fifth Avenue to seek help, and shortly thereafter an ambulance arrived at the scene. Meile – who had lost 80 percent of the blood in her body – was hospitalized at Metropolitan Hospital. She remained in a coma for 11 days, and then spent months in a rehabilitation center. Meili suffered such severe head injury that she has never been able to identify her attackers. Each of the first five youths initially detained and questioned named other kids from the group of attackers, which is what led police officers to make more than 15 arrests, many within just hours of the riot. Clarence Thomas, for example, was caught at the Park. He told police that his best friend, ANTRON McCRAY, had done the “murder,” and he gave them McCray’s exact address.

ANTRON McCRAY, RAYMOND SANTANA, KEVIN RICHARDSON, YUSEF SALAAM, and KHOREY WISE were the five young men charged with the rape and assault of the female jogger, in addition to the other attacks committed in the park that night.

Over time, more evidence was developed, and other witnesses and victims came forward. Evidence examined by the NYPD laboratory was positive for the presence of DNA, and DNA samples were obtained from the young men accused of participating in the rape. The DNA recovered from Meili’s body and clothing did not match any of those five. There were, however, on some of the five, evidence that included their seminal fluid and blood – though the blood samples were too small for forensic testing at that point in time.

McCray, Richardson, Santana, Salaam and Wise were tried as adults and convicted at two separate trials in 1990 and 1991. Both juries heard evidence introduced by the prosecution that the person who left his DNA at the crime scene was not any of the defendants on trial. Because there had been so many young men rampaging in the park that night, and because some of the rioters were never apprehended, the fact that the DNA did not match the defendants was clear to the jurors. Although the defendants were tried as adults, after the trial, four of them were sentenced – as required by law – as juveniles. Korey Wise, who was 16 at the time the crimes were committed, was the only one sentence as an adult, to 5-15 years in prison.

May 10, 1989: After days in a coma, Meili began to regain consciousness. But due to the severity of the brain trauma she suffered, she would never be able to remember the night of her attack.

Donald Trump, then a local real estate developer and the best-selling author of The Art of the Deal, paid $85,000 to take out full-page ads in all of New York’s major papers. The ads implicitly responded to Meili’s rape and the teens’ apprehension with a call to bring back the death penalty.

August 18, 1990: After a six week-long trial, McCray, Salaam, and Santana were convicted of the attack on Meili, despite numerous inconsistencies between their initial confessions and the facts of the case. None of the Five, save Wise, who was brought to the crime scene by investigators, were able to properly pinpoint the location in the park where Meili was attacked. They were also wrong about the time of the attack, and incorrectly described what she was wearing. Most strikingly, none of their DNA matched a sample taken from Melli’s rape kit. Still, they were sentenced to five to 10 years imprisonment, the maximum penalty given their juvenile status.

In 2002, an incarcerated murderer and rapist named Matias Reyes told prison officials that he raped Trisha Meili…and that he did it alone. He expressly denied responsibility for the other attacks committed by the five named above and the rest of their gang. When tested, Reyes’ DNA matched the crime scene DNA from 1989, although the details of his story claiming a solo attack – coincidentally occurring in the same quadrant of Central Park as the rampage by the convicted five defendants – contradicted the original evidence and did not seem credible to most investigators and prosecutors re-investigating the case.

December 19, 2002: After a DA’s office investigation matched Reyes’ DNA to the semen from Melli’s rape kit, and Reyes gave a detailed confession that, unlike the Central Park Five’s, closely hewed to known facts of the case, a judge overturned the Five’s convictions. By this time, Wise had been released and the only member of the Five imprisoned was Raymond Santana, who was incarcerated on unrelated drug charges. He was freed soon after, as his lengthy sentence was predicated on his status as a repeat offender. With his initial conviction overturned, Santana was re-sentenced as a first-time offender and released with time served.

April 8, 2003: Trisha Meili, whose name had largely been withheld by the press as is customary for sexual assault victims, came forward with her identity in a memoir about her recovery, I Am the Central Park Jogger.

McCray, Santana, Richardson, Salaam, and Wise were NEVER EXONERATED (despite the fact that journalists and filmmakers mistakenly use that term). Reyes’ claim was only relevant to the charges relating to the female jogger – Trisha Meili – and did nothing to clear the five defendants of the other brutal assaults and robberies in the park on April 19, 1989. The penalty for attacking and injuring one of the male joggers was the same, according to the law, as the rape of Meili.

In 2014, Mayor Bill DeBlasio acted on his campaign promise to Al Sharpton and directed his Corporation Counsel to settle the civil lawsuit (which the city had been fighting for more than a decade under Mayor Michael Bloomberg) brought by the five defendants in 2003. At the time of the settlement, Corporation Counsel Zachary Carter stated that there had been NO WRONGDOING BY POLICE AND PROSECUTORS.

In 2018, a federal judge ordered all the evidence in the case to be made public. On this site, you will find the video-taped confessions – of four of the five defendants, as well as by six other young men who rampaged with the five and who named them as attackers in their own statements. In addition, there is the court ruling that declared the confessions voluntary and lawful – which is the finding made by the trial judge of the NY State Supreme Court, and also made by two trial juries and by two appellate courts. This evidence remained under seal – and therefore not available to the public or to journalists and filmmakers – since 2002.

All source in Esquire and Central Park 5 jogger attackers

Hello, My name is Gladys W. Muturi. I am an Actress, Writer, Filmmaker, Producer, and Mother of 1.

More stories from Gladys W. Muturi and writers in Criminal and other communities.