They are not Monsters, they are men

Men who murder in Trinidad and Tobago 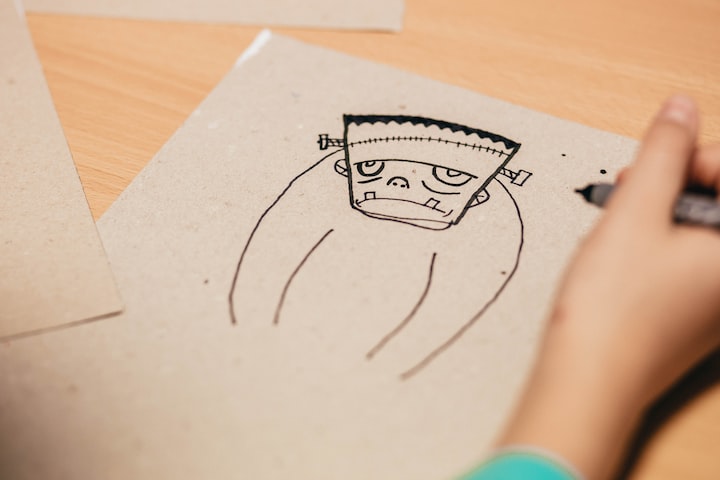 Another woman has been found dead in Trinidad. We as a people are outraged. Sad. Hurt. Scared. Paranoid. Blood-thirsty. And we are calling the perpetrator a "monster". But he is not. And I think it is extremely important that we start humanizing the men who murder and rape in this country. Because when we start seeing them as our fellow men, then we can stop them in their tracks from souring into malignance.

Imagine this: A baby boy is born into a family who is happy to have to have him there. They buy him blue clothes and plastic toys and feed him solids when he reaches six months. He has an older sister. He spends weekends with his cousins, sweating football in the park with four bottles they placed as goal posts. He loves macaroni pie but hates stew chicken. He loves curry. For box lunch at school on a Thursday, he was always first in line. He kissed you in a May fiesta disco after Ram Ram finished and the DJ started talking. He kissed your friend another day in the mall. He would sneak a borrows of his father's car to pull bull to make money to go Movietowne. You took a few short drops to Massy from him. He didn't charge you though. He has jokes. Everyone who remembers him from school days talks about the picong. You not sure what he's doing these days, but you know his father was sick. You hailed him out by the gas station on Tuesday. He winked back. He still liked wearing them Adidas slides he used to have on since school days. A girl goes missing from the area. They said she got into a PH taxi and was never seen again. There is a suspect based on the car's license plates. You know where this is going.

There are people -- men-- they are men that we interact with everyday, who do grievous things. A man who rapes and kills a woman, does not live in a closet or under a bed. Most likely he lives in a house with other people, or in one alone with people next door. He went to a school. He buys doubles on a Sunday morning. He is in a Whatsapp group chat. When he needs a new pair of sneakers, he goes to the mall, and someone brings him the size 12 because the 11 didn't fit. We need to get it out of our heads and mouths that he is some sort of mythical being who jumps out of the dark bushes, hungry for flesh. We need to unimagine that his day is spent obsessively craving evilness, drooling over himself and laughing maniacally. He doesn't have scales or fur or bulging yellow eyes. No. He is a man. And you probably know him. And the benefit of that, is that he can be stopped.

The media proliferates this word "Monster". The Police Commissioner loves the term. He relishes in calling men cockroaches. It serves his agenda. If these men are "criminals", "monsters" and "cockroaches" then the police can do whatever they want with them and we are just happy to have them eradicated. No questions asked. If these men are really monsters, then no accountability can be given to the careless reporting and sensationalism in the daily newspaper, which turn murder cases into entertaining reality series. If these men are monsters, they were born so. We had no role to play, because they crawled out from Hell and were sent here to be bad. But that narrative is purposely misleading.

Men who kill women and children, walk among us. I know a man who killed his wife. I loved his company. He was sweet to me, like a second father. He was hilarious. He was great with his two children. He loved chutney music, although he was not Indian. He was Syrian in fact. He doted on his wife. We used to lime by the river. I ate with him, drank scotch with him and liked him very much. Was he a monster? I could never say so. But what he did was heinous. I didn't see it coming. I did not think that jealousy and anger could possess him like that. He was a good person, I thought. I still think. I don't know. He did not seem like a murderer to me. I wasn't looking out for signs. What are the signs of a potential murderer? But he shot his wife in the chest. And locked himself in a room with her while she bled out. Her body was still warm when the police got there.

My friend dated a guy she thought was "the one". I found he spoke too roughly with her, but maybe that was just how he spoke. She loved him. She thought he was a good person. He always brought her chocolates. They fought often, but they made up often too. They loved going to the beach. He used to make some delicious stuff for us to eat. He did not kill her, but he did one day tell her that she deserved to be killed. That was when she finally ended it. I thought it was an innocent-ish comment then. He always said these outta timing things. But she did the right thing. And because he wasn't a big, bad wolf with fangs and a forked tongue, I did not take his threats seriously. I thank God she listened to her gut, because his attitude was one of those red flags we too often overlook. Boys will be boys we say. That is just the culture. You know he not serious. You can't take a joke?

No, I can't take that joke. We need to all stop laughing nervously at jokes we don't like, just to be polite. Until we are politely no longer killed, I will impolitely not laugh.

When we accept that men who murder are human, we can be more proactive. We will pick up warnings more efficiently. We will be mindful about how we speak to boys and be more observant when they're interacting with women and girls. We will understand that mental health might be playing a bigger role than magic, and that these monsters are made not made up. We will know that not all men who murder are sociopaths or psychos, but if a boy is too excited about killing ants, then lizards and then the cat, we will not brush it off as a phase. We will not be speaking of girls in diminutive ways, talking about how crying is weak and only girls weak so. We will assert that respect is the baseline acceptable standard. We won't coddle. We will pull boys up at the socks. And when the media reports that a monster did something, we will know that that word is an excuse for a bigger story.

When a man dies in police custody, as a suspect to a high profile crime, we will demand justice. When we hear of police raiding homes and killing gang members, we will want to know their names. Where they come from. Who is dey mudda. Where they was working. What gang they was in. Who is the police that kill them. What time they was there. What was the raid for. Did they know each other? -- We would not say "Ah good, another monster dead." The Trinidad and Tobago police are not the Ghost Busters eh. They are men too. Men, dealing with men. And while we are busy pointing fingers at nameless people we have labelled as the Babooman, we allow other harmful people to slip through the cracks.

If we stopped calling them murderers and we called them men, we would be less eager to throw them in jail. We would put more pressure on the judicial system for cases be brought to justice in a reasonable time. We would not be satisfied with an arrest, we would want proof. We would want action and accountability. Fifteen years ago, a four year old boy named Sean Luke was violently killed, allegedly by two teenage boys. They have been at the Youth Training and Rehabilitation Centre awaiting trial since then. DNA has still not been processed. But we said they must be demons, so we are satisfied to just have them locked up. We don't think about them now as grown men among young boys in this facility. We don't care that they have had fourteen years to molt and sicken, worsening whatever caused them to kill this baby in the first place. If we called murderers men, we would reconsider what jail was all together. We would want more rehabilitation not punishment. We would want to undo damage, not stuff it into a box and hide it, knowing that no box could close tight enough.

Monsters are make believe. What has been happening in Trinidad and Tobago is very real. There are far more cases of violence against women in this country than we hear about. And as it is already, we hear about way too many.

While administrative data can present valuable information on Violence Against Women and Girls, it is not indicative of the scope of the problem. Administrative data, such as reports to the police, often show only the most extreme cases of violence that are reported to authorities and do not allow for a fuller picture of the problem. While there have been some studies which address IPV specifically, they were often limited to gauging attitudes toward violence, rather than capturing data on experience of violence. Other studies of women’s experience of partner violence were either small-scale, did not use methods conducive to studying such a sensitive topic, or were limited in scope. - National Woman's Health Survey for Trinidad and Tobago.

Language may not seem important in the grand scheme of things, but it sets the tone and the backdrop for our perspectives. I am urging you to use your words mindfully. Read between every line. Take everything you see in the media with a pinch of salt, especially when you see name-calling. Correct your friends and family when they are quick to call people things that desensitize. Men are not monsters, or at least they were not born that way. When you hear another mother crying on TV that her son was a good boy, believe her. He probably was. But some things happened along the way that made this boy choose violence. We need to listen out for the elders who mouth slack around children, validating that women are "the worst". The songs on the radio that condemn women for "acting like she single". We need to keep our eyes out for the signs of change, when a boy stumbles from innocence and finds his footing in the dark, to take him right back. Because no amounts of pepper spray could protect us from ignorance.

A Trinidadian writer based in Brooklyn, writing about what it's like to exist between the Caribbean and USA, in the form of essays, articles and fictional short stories.

More stories from Stephanie Ramlogan and writers in Criminal and other communities.