The War on Children

by Michael Trigg 2 months ago in investigation

The most vulnerable of our human family. 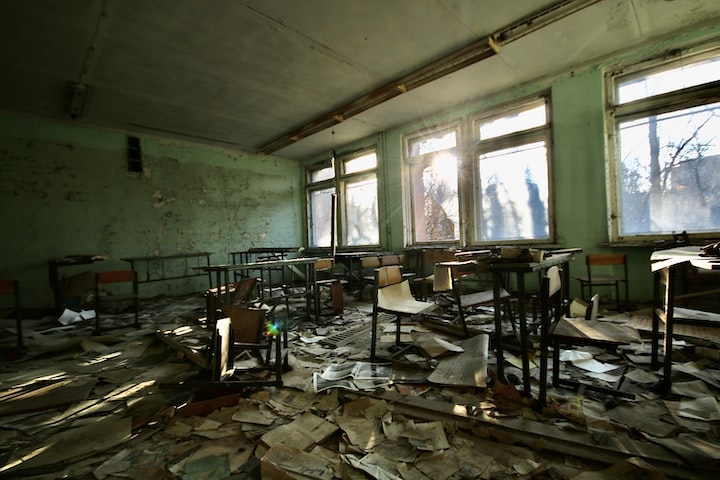 Just recently, in the Canadian province of British Columbia where I reside, a news headline read; "A mass grave containing the remains of 215 children has been found at a former residential school set up to assimilate indigenous people."

Is this just the tip of the iceberg and another shameful episode in the long history of the treatment of indigenous people in Canada not to mention many other countries around the world? Since I heard the news that the mass grave contained only the remains of First Nations children, (no adults) it has weighed heavily on my mind. I have long been an advocate of children's rights and have written a number of articles on the subject, an example as per this post.

Being the father of three healthy, educated and productive adult children and a grandfather of two toddlers and a baby, I feel as a parent and a grandparent I have gained a greater understanding over the years of the vulnerability of children. I am sure most parents who care for their children have gone through the same learning experience. Children enter this world with the bare basics needed to survive and are totally reliant and trusting of adults to help them achieve independence. All too often that trust is betrayed most often by uncaring governments, some parents and most sadly, religious organizations. Many animal species take better care of the young than many humans.

Many children survive brutal childhoods and by this, I am referencing children born into war zones, extreme poverty, or in brutally corrupt countries where the lives of the poor, the destitute and the marginalized have very little value. However, they are the minority.

Personally, I loathe and despise people who are cruel to children, animals, and the defenseless amongst us. And I feel exactly the same about people who display hate and bigotry against people of different skin color. What this world needs is a vaccine against bigotry, intolerance, cruelty, hatred, and oppression of the weak and marginalized. Just imagine what we as humans could accomplish if we could set aside all of our petty differences and worked as a "human race team" to make this world a better place for today's children and those children yet to come? We could reach the stars.

I have asked the rhetorical question many times: what is the future of this planet without children? Governments all around the world have to do a better job protecting the rights of children. After all, isn't that what the Declaration of the Rights of the Child that was adopted back in 1959 all about? Quoting from the website: "The child is recognized, universally, as a human being who must be able to develop physically, mentally, socially, morally, and spiritually, with freedom and dignity.” [our translation] (1)." There were 78 nations that voted for this declaration. Who were they? I have not been able to find the answer to that question yet according to Wikipedia, this was the total UN membership at that time.

THE DECLARATION OF RIGHTS OF THE CHILD (Summary)

1. The right to equality, without distinction on account of race, religion or national origin.

2. The right to special protection for the child’s physical, mental and social development.

3. The right to a name and a nationality.

4. The right to adequate nutrition, housing and medical services.

5. The right to special education and treatment when a child is physically or mentally handicapped.

6. The right to understanding and love by parents and society.

7. The right to recreational activities and free education.

8. The right to be among the first to receive relief in all circumstances.

9. The right to protection against all forms of neglect, cruelty and exploitation.

10. The right to be brought up in a spirit of understanding, tolerance, friendship among peoples, and universal brotherhood.

The above is not too much to ask for our most vulnerable citizens. Progress is being made but much more has to be done for children in many countries around the world.

The discovery of the remains of so many undocumented deaths at the residential school in BC must inspire those governments and today's leaders of the organizations who were responsible back in the day to make reparations and to counsel and assist the survivors and the descendants of those who died so young and so alone.

The incidence of child poverty and child abuse in many western countries is nothing to be proud of. Wealthy countries such as the USA and Canada still have alarmingly high rates. If we the fortunate, who live in the western world cannot deal with child poverty, what hope do the children and families in the world's most poorest and violent regions have?