The Tale of the Husband Presumed Dead & Buried Twice

by Paula C. Henderson 12 days ago in investigation 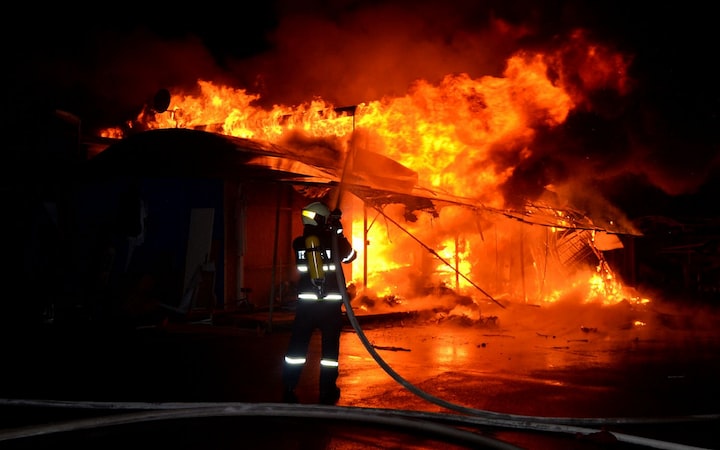 Photo by Esri Esri on Unsplash

The Tale of the Husband Presumed Dead and Buried Twice

After serving in World War II, a handsome young man named Clarence Roberts returned home to his wife, Geneva, in Nashville, Indiana. In 1950 he ran for, and easily won, County Sheriff.

Clarence and Geneva had married in 1941, raised four children and were well known in their community. Aside from being Sheriff, the Roberts owned a local hardware store. Clarence was one of only three men in the entire country to attain 33rd degree status by the Masonic Lodge. The honor is bestowed on members who they feel have made major contributions to society.

When Clarence sold the hardware store he purchased grain elevators and an apartment complex. By this time there was a new Sheriff in town, Warren Roberts, who was the brother of Clarence Roberts.

By November of 1970 the Roberts, Clarence and Geneva, had been married 30 years. On November 18, 1970 the fire department raced to the Roberts property. An outbuilding on their property was on fire.

A body, identified as Clarence Roberts, was found, dead in the aftermath of the rubble. He was buried and for ten years lay a monument in the local cemetery for Clarence Roberts, PFC US Army World War II March 5, 1918-November 18, 1970.

After Clarence passed away in the fire of 1970 Geneva moved into a much less desirable house in another part of town and took a job at an area Howard Johnson’s Restaurant.

Over the next ten years the towns people reported seeing a man coming and going from Geneva’s home but she would deny it when ask who her visitor was. She never let anyone in the house and Geneva, not known to drink, was seen buying large quantities of beer on occasion. This raised suspicion that perhaps Clarence was indeed still alive and so the police set up surveillance but they did not see what the neighbors were claiming to have seen. There apparently was one neighbor that told the police she could hear Geneva and a man having heated discussions but that the voice she heard did not belong to Clarence.

According to the Roberts family, there was a man who lived with Geneva on and off through the years after Clarence had “died” in 1970 but they reportedly had never met him and did not know his name.

On November 29, 1980 the fire department once again raced to the Roberts residence. This time they found two bodies expired in the fire. This fire destroyed the residence Geneva had been residing.

The monument at the grave of the second man states:

As far as the Roberts family, they believe Clarence Roberts died in 1970 and that the body found in the 1980 fire was an unknown man. The authorities believe that Clarence did not die until the 1980 fire and have no idea who the man was that perished in the 1970 fire.

This case aired on an Unsolved Mysteries episode in December of 1988. On the web site, unsolvedmysteries.fandom.com I found an article that states a Grand Jury determined that “Geneva was murdered and that Clarence died accidentally” in the 1980 fire. It was also stated that a Grand Jury indicted Clarence in 1975 for the kidnapping and murder of the unknown person who died in the 1970 fire whose identity remains a mystery.

What I find strangest of all is that the police consider this case closed. But wait….. Don’t we have an unknown person who was most likely murdered in one of the fires? Who is this second unknown man?

Check out my other articles here on Vocal: