by Lawrence Lease 4 months ago in capital punishment
Report Story 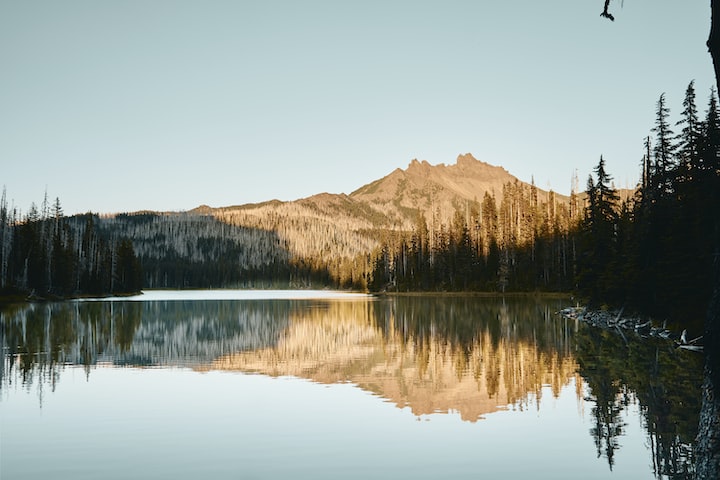 Photo by Aimee Williams on Unsplash

The Longos looked like a typical, middle-class family living in Oregon. Christian married Mary Jane at age 19. They had been married for eight years and had three children together, Zachary, Sadie, and Madison. Christian worked part-time at a local Starbucks, and Mary Jane was a stay-at-home mother.

Both Christian and Mary Jane were Jehovah's Witnesses and active church members. Christian Longo seemed to be the ideal family man; he had boyish good looks, a well-spoken demeanor, and a religious upbringing. From the outside, the Longos' lives appeared to be perfect. Yet, in December 2001, the family was destroyed from the inside. Their friends and family were caught entirely off guard when they found out Christian was a cold-blooded killer.

The bodies of his wife and three children were recovered from the icy waters near their home on the Oregon coast. On December 19, four-year-old Zachary Longo's body washed ashore. A pillowcase weighed down with rocks had been tied to one of his legs. A few days later, the remains of 34-year-old Mary Jane and two-year-old Madison Longo were found under a dock at a marina near where the family lived.

Mary Jane had been shoved naked into a suitcase, and Madison was found inside a different piece of luggage. Both suitcases had been weighed down with dumbbells inside. Shortly after, three-year-old Sadie Longo's body was discovered by police divers in the Pacific Ocean a mile offshore. A pillowcase filled with rocks was also found tied to Sadie's leg. Police stated that if Zachary's body had not washed up, they would not have recovered the other bodies for over a decade due to the tide. The autopsies revealed that Sadie and Zachary were asphyxiated, water was found in their lungs, while Mary Jane and Madison had been strangled.

After discovering the bodies, the investigators went to question Christian Longo only to find he was gone. He had vanished and became the prime suspect. He was put on the FBI's Ten Most Wanted list. A federal arrest warrant was issued, and he was charged with four counts of aggravated murder and unlawful flight to avoid prosecution. Christian Longo had fled to Cancun, Mexico. He booked a room at a seaside resort using a stolen credit card and assumed the identity of a former New York Times writer, Michael Finkel.

He pretended to be a travel writer. Longo spent his time at the beach, getting drunk, going to nightclubs, and romancing a German tourist. Longo spent a couple of weeks having fun in Mexico until someone staying at the same hotel recognized him. Longo left the resort and was captured a few days later. Mexican officials deported him to the United States, and he was taken into custody.

While Longo was on the run, the FBI focused its efforts on investigating why this seemingly perfect husband murdered his entire family. The investigation revealed that this wasn't Longo's first time involved in criminal acts. His financial scams had been going on for many years. Longo took out loans in other people's names, ran up debt, printed fraudulent checks, and used fake IDs to keep creditors at bay. Longo created a bogus business and began writing counterfeit checks from his clients.

His wife had no idea of the reality of their situation. Longo kept the truth well hidden from Mary Jane. Longo recklessly spent money despite his financial situation. He lived extravagantly, bought expensive cars, and took luxury vacations while falling deeper into debt. Longo's carefree life ended when he was caught and charged with fraud. He was put on probation and had to reimburse those he stole from, but his life was drastically changed when Longo cheated on his wife and was found out. When his church learned of his long list of transgressions, he was kicked out.

Not long after that, Longo moved his family from Michigan to Ohio, under the impression he wanted a new start and a better life when it was actually to dodge creditors. He continued cashing forged checks, stole construction equipment, and attempted to sell it. The Ohio cops caught on quickly, and Longo once again packed up his family and moved. This time to Oregon.

A Murderer in Disguise

Though he faced the death penalty, Longo pled guilty to killing his wife and youngest child before his trial even began. He admitted to the murders without any plea deal offered. Longo initially claimed that his wife, Mary Jane, killed his two oldest children because she was outraged when she found out about their poor financial situation. Out of angry retribution, he murdered Mary Jane and his youngest child.

Prosecutors believed Longo had grown tired of his family and killed them to relieve himself of the burden. They called him a cold, calculating liar. According to Prosecutors, there is evidence that Longo planned the murders months prior. When investigators searched his computer, they found information from a website that offered advice on different ways to commit murder. They also found obituaries with personal details; Prosecutors considered this to imply Longo planned to change his identity again. He also made sure that Mary Jane was isolated from her family, going as far as sending a card from Mary Jane to her sister from another state to lay a false trail. Longo also made sure that many personal belongings were ditched on the way to Oregon, such as family photos and the children's baby books.

The Defense argued that extreme financial hardships broke down Longo and that he was not responsible for two of the deaths. They pointed out that the bodies of Mary Jane and Madison were disposed of in a different manner and location than Zachery and Sadie. The Defense also said that the two older children drowned, further setting their deaths apart from Mary Jane's and Madison's. They asked the jury to consider why Longo would kill two family members by strangulation but leave Zachery and Sadie alive when he threw them into the water.

The jury was left to decide whether he was guilty of murdering his wife and baby and whether he deserved to die by lethal injection. After a month-long trial, it took the jury less than four hours to reach a guilty verdict, and Longo was charged with two counts of aggravated murder. The same jury reconvened to hear testimony in the trial's penalty phase to determine if Longo deserved the death penalty for all four murders. They deliberated for six hours before sentencing Longo to death for all four killings. Several jurors said that someone with Longo's intelligence and charm would be a threat and that they had no choice. Christian Longo was sentenced to death. He remains incarcerated on death row at Oregon State Penitentiary; there has been a suspension on executions since 2011.

Longo eventually confessed he murdered his entire family. He strangled Mary Jane and baby Madison first, then stuffed their bodies into the luggage, which he then put in the trunk of his car. He put Zachery and Sadie, who were asleep, into the vehicle and drove to a bridge over an inlet of the Alsea River.

Longo tied the pillowcases around his children's legs and threw them, still alive, into the water below. The suitcases with Mary Jane and young Madison followed.

Strangely, Michael Finkel, the man Longo assumed the identity of in Mexico, visited him while he waited for his trial. Finkel had become obsessed with the case and flew to Oregon to meet Longo face-to-face.

They ended up developing a strange sort of friendship. Longo even first admitted to Finkel that he killed his family. However, their friendship quickly deteriorated when Longo took the stand. Finkel had no idea about his unwitting involvement until the trial. A couple of years later, Finkel wrote a book about Longo called True Story: Murder, Memoir, and Mea Culpa. A movie adaptation came out starring James Franco as Longo and Jonah Hill as Finkel.

Years later, Longo admitted to being a narcissist. After a psychologist diagnosed him as one, he began studying the personality disorder and came to terms with it. Longo thinks the psychologist was correct. I think the rest of us agree with him, too.