The Crimes of John Walker & His Spy Ring

John Walker The Soviet's Secret Spy During the Cold War 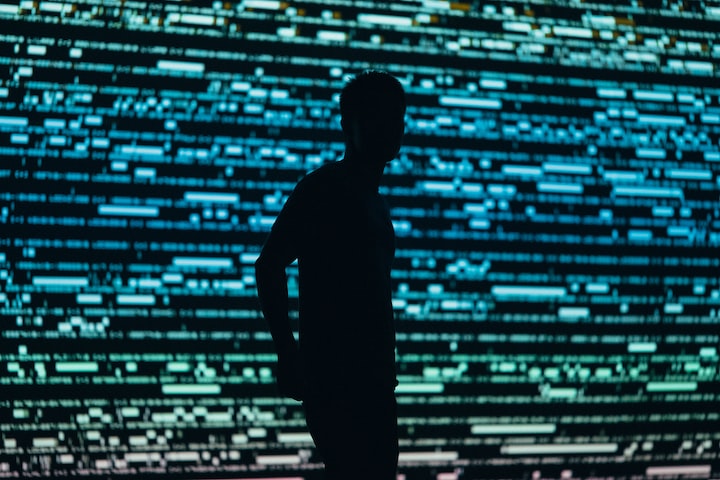 Photo by Chris Yang on Unsplash

Responsible for an espionage network that included his son Michael and his brother Arthur, he collected information about the US Navy, mainly about its secret transmissions, for the Soviets. He spied from 1968 until 1985 when he was arrested and sentenced to life in prison and then died in prison.

John Anthony Walker Jr. was born on July 28th, 1937, in Washington, the second of three children. His father, John Sr., was a press officer for Warner Bros. who drank to excess. When the father started having problems in his career, the family moved to his hometown of Scranton, Pennsylvania. But John Sr. ended up abandoning his wife and family, and John Jr. dropped out of Catholic school to enlist in the Navy. His family said he enlisted after turning himself in after trying to rob a store.

John A. Walker Jr., a former naval officer who in 1986 pleaded guilty to recruiting his son, a brother, and a friend into a spy ring that stole military documents and sold information to Soviet agents, died at a federal prison in Butner, North Carolina. He was 77 years old. His death at the prison's medical center was confirmed by Chris Burke, a spokesman for the Bureau of Prisons.

Walker was a Navy communications specialist when he began spying for the Soviets at the height of the Cold War in 1967. After his arrest in May 1985, the government said he led one of the most damaging espionage operations in American history. All four of its members were convicted.

Initially working alone and, by most accounts, without ideological motivation, Walker was stationed in Norfolk, Virginia, and experienced financial difficulties when he first sold information to the Soviets that allowed them to read encrypted messages, a transaction initiated when he entered the Soviet embassy in Washington. In the 1970s, he brought in Jerry A. Whitworth, a Navy radio operator who was a close friend. Whitworth passed Walker confidential encrypted Navy data that American officials said the Soviets would be particularly eager to receive.

In 1980, when Walker learned that his older brother's car radio business was failing, he encouraged him to take a job with a Navy contractor to gain access to documents. And that's what his brother Arthur did.

John Walker persuaded his son Michael, an archivist for a fighter squadron in Virginia Beach and later on the aircraft carrier Nimitz, to surreptitiously remove secret documents from under his jacket, including some that Michael prevented from being destroyed.

"My dad was pleased and said it looked like we were in luck," Michael Walker said in court. "He told me to move on."

How much each of them received was never clear, but Whitworth admitted in court that he was paid $332,000.

In the late 1970s, Walker retired from the Navy and became a private investigator. He often wore disguises and traveled the world collecting secret information and passing it on to his buyers.

In August 1977, he traveled to Hong Kong to meet with Whitworth, who was in port as a sailor on the aircraft carrier Constellation. Days later, Walker met with Soviet agents. Intelligence sources said at the time that the apparent speed of the transaction suggested the Soviets regarded the information as highly valuable and timely.

"They didn't do it just to get something for research," an intelligence source, who requested anonymity, told The New York Times in 1985. "They got it because they wanted to use it immediately. An effort to read US communications. There's no other reason to try to get that kind of access."

As part of his settlement in the espionage case, Walker agreed to cooperate with investigators, in part to get his son a lenient sentence. Michael Walker was sentenced to 25 years and released in 2000. John and Alfred Walker received life sentences and Whitworth was sentenced to 365 years.

John and Arthur's spying activities were reported to authorities by John Walker's ex-wife Barbara Crowley, who later said she was unaware of her son's involvement. She and Walker divorced in the 1970s.

In 2008, Walker published "My Life As a Spy", in which he attributed his actions in part to his belief that the Cold War was a "hoax" and that sharing information would do no harm. any. He asked his family and the country to forgive him for "the risk I would have caused if an actual war had taken place between the United States and the Soviet Union."

The Walker case has inspired several other books and documentaries. It also sparked changes in the way the Department of Defense protects information. Shortly after the spy network was exposed, rules were imposed to reduce the number of people with access to secret military information by 10%.

In June 1986, John C. Wagner, the special agent in charge of the Norfolk division of the FBI and who oversaw the arrest of John Walker, told The New York Times Magazine that "we are still trying to figure out how it was possible for an A relatively low-ranking sailor, motivated only by money, managed to run a successful espionage network for nearly two decades."

“The John Walker I knew is dead in a sense now, although death would have been a lot easier to deal with than that,” said his ex-girlfriend Carroll. “I think I still really love him, but there are times when I hate him. My whole world is torn apart.” Two days after her arrest, Walker called the prison and told her to "pretend I got hit by a truck and forget about me." But of course, this has been difficult to do. Three weeks after the FBI visit last May, Carroll was asked to resign from her job as a rookie police officer in Norfolk, Virginia. She refused but was soon taken away by the police. She was shunned by people she thought were friends. She has been surviving on a savings account that will soon disappear.

And Johnny Walker kept in touch. Although Carroll never wanted to visit him in prison, Walker sent her a series of never-before-published letters that provide a unique insight into the mind of a man authority say is responsible for perhaps the biggest hemorrhage of US military secrets in this century.