The Case of the Actor's Death

by Anshuman Kumar 2 months ago in fiction 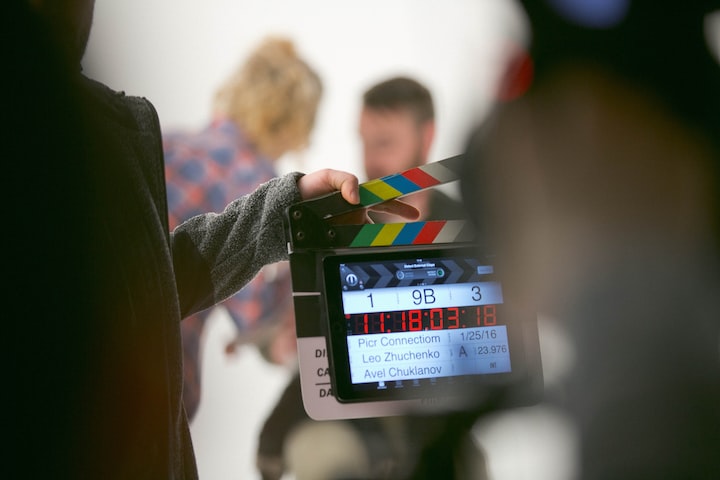 In December 2020 Jeet Thakur Sahai was called by his colleague, Inspector Mithun Dutt, to help investigate a case in Delhi, India. Inspector Mithun worked in one of the other departments of the Delhi Police.

Inspector Mithun, Jeet and two police constables went to television actor Neeraj Gupta’s house in south Delhi. He was found dead and it seemed to be a suicide. His body was lying near the kitchen and a cup was on the table. It smelt of coffee. It was thought that the coffee was poisoned. Inspector Mithun had called the forensics team and they would take Neeraj’s corpse as well as the coffee cup for further examination.

Neeraj Gupta was a popular television actor and had been working for the past seven years. His family lived in Jhansi and were informed. They would be arriving in a few hours so that police could question them as well. His family had his parents, Mr. and Mrs. Gupta, as well as younger sister Aishwarya.

At Neeraj’s house, Inspector Mithun and Jeet talked with the servant Shyamu. He had gone to his village for the past three days and returned this morning. When he opened the house after using his copy of the key, he saw Neeraj’s dead body and decided to call the police. Most probably Neeraj died the night before.

Inspector Mithun, Jeet and the two constables searched Neeraj’s house extensively for clues, a suicide letter, etc. After nearly three hours, Jeet was able to find a letter inside the pocket of a jeans pant in the cupboard. As Neeraj had many clothes as well as books and other things, it took a long time to do the search.

The letter was a suicide note in which Neeraj mentioned that his recent divorce and other reasons led him to commit suicide. Jeet read it carefully two or three times but was suspicious about one word in the letter. It was a name.

The sentence in the letter read, “As I die, please make sure my family at my house in Jhansi Moriarty is well.”

The rest of the letter made sense but not this sentence.

Inspector Mithun: “What do you think?”

Jeet: “The whole letter makes sense except this sentence.”

Jeet thought for a while and then remembered that Moriarty is the arch villain in the Sherlock Holmes stories written by Sir Arthur Conan Doyle.

He told this to Inspector Mithun.

He searched on his phone and noticed that Neeraj had never played the role of Sherlock Holmes or Moriarty in any television series.

In a few hours Neeraj’s family reached the local police station. They were in a state of utter shock but after a while they were asked questions.

Inspector Mithun had a few questions and so did Jeet.

Jeet: “Can you please tell me when Neeraj studied at university or before did he ever play Sherlock or Moriarty in a drama?”

Aishwarya: “If I remember correctly Neeraj Bhaiya (brother) played Sherlock in a drama when he was in Grade 11 at his school in Jhansi. His classmate Prashant Bhatia played the role of Moriarty in the same drama.”

Jeet told Inspector Mithun that they should bring Prashant for questioning as he had a strong hunch about this. Prashant lived in Delhi as well and was a television actor. A few years ago both Neeraj and Prashant had worked on a television series in Mumbai as well.

Two police constables went and brought Prashant to the police station. He was questioned in a closed room by Inspector Mithun and Jeet.

Jeet: “Why did you kill Neeraj?”

Prashant: “I did not do that. He and I have worked together in the past.”

Jeet: “You are not aware but in his suicide letter he mentioned Moriarty. You played Moriarty in a drama years ago. You did not know about this letter.”

Prashant got very upset and then started confessing.

He mentioned that he had been working as a television actor for nine years and was jealous of Neeraj’s success. He said that Neeraj was casted in four television shows instead of him over the years and that he lost about 55 lakh rupees as he did not get those roles.

He had found out that Neeraj was trying to bribe a government official in Uttar Pradesh for a property. He was using that information to blackmail Neeraj and extorted 18 lakh rupees from him. He had met Neeraj the previous night and mentioned that he would go public with the bribery information in two days if he did not give him another 29 lakh rupees.

Upon further investigation it was found out that Prashant had visited Neeraj the previous night and threatened him with further blackmail. He had mentioned that he would call him the next day and would go public in two days.

After Prashant left, Neeraj drank poisoned coffee and then died. A bill was found in a bag at his home in which he had purchased some poisonous substance from a chemist’s shop a few days ago. There was also a copy of the letter that he gave the chemist claiming to be a scientist and needing a quantity of the chemical to do certain experiments.

Before dying he had left the suicide letter in his jeans’ pocket in his cabinet. Inspector Mithun and Jeet were not sure why he used the reference of Moriarty instead of naming Prashant directly. Also they were not sure why he mentioned other reasons in the letter as well. Inspector Mithun and his colleagues would talk with other people to find more information but they were convinced of Prashant’s guilt as he confessed to his crime.

Prashant was arrested and a court case against him would start in nineteen days.

Inspector Mithun thanked Jeet for his help in this case. Jeet was glad that he could help out.

The following day Jeet returned to his regular work at the Research and Analysis Unit with the Delhi Police.