The Assassination of Malcolm X

by Lawrence Lease 3 months ago in capital punishment
Report Story

One of America's Most Prominent Civil Rights Leaders 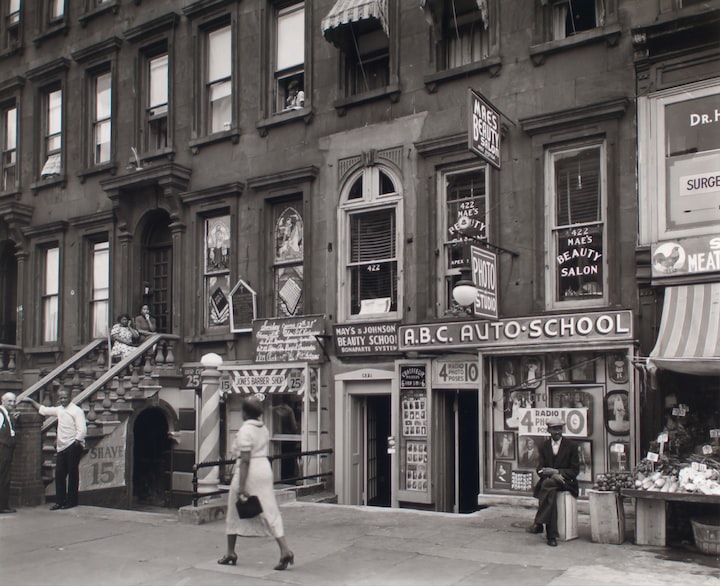 Malcolm X, first named Malcolm Little, was born on May 19th, 1925 and died on February 21st, 1965. He was an African-American Muslim minister and human rights activist who was a popular figure during the civil rights movement. A spokesman for the Nation of Islam until 1964, he was a vocal advocate for Black empowerment and the promotion of Islam within the Black community. Malcolm spent his teen years living in a series of foster homes or with relatives after his father's death and his mother's hospitalization.

He engaged in several illicit activities, eventually being sentenced to 10 years in prison in 1946 for larceny and breaking and entering. In prison, he joined the Nation of Islam, adopted the name Malcolm X (to symbolize his unknown African ancestral surname), and quickly became one of the organization's most influential leaders after being paroled in 1952. Malcolm X then served as the public face of the organization for a dozen years, where he advocated for Black empowerment, and the separation of black and white Americans, and publicly criticized Martin Luther King Jr and the mainstream civil rights movement for its emphasis on nonviolence and racial integration. Malcolm X also expressed pride in some of the Nation's social welfare achievements, such as its free drug rehabilitation program. Throughout his life, beginning in the 1950s, Malcolm X endured surveillance from the FBI.

On February 19th, 1965, Malcolm X told interviewer Gordon Parks that the Nation of Islam was actively trying to kill him. On February 21st, 1965, he was preparing to address the OAAU in Manhattan's Audubon Ballroom when someone in the 400-person audience yelled, "Nigger! Get your hand outta my pocket!"

As Malcolm X and his bodyguards tried to quell the disturbance, a man rushed forward and shot him once in the chest with a sawed-off shotgun and two other men charged the stage firing semi-automatic handguns. Malcolm X was pronounced dead at 3:30 pm, shortly after arriving at Columbia Presbyterian Hospital. The autopsy identified 21 gunshot wounds to the chest, left shoulder, arms and legs, including ten buckshot wounds from the initial shotgun blast.

One gunman, Nation of Islam member Talmadge Hayer (also known as Thomas Hagan), was beaten by the crowd before police arrived. Witnesses identified the other gunmen as Nation members Norman 3X Butler and Thomas 15X Johnson. All three were convicted of murder in March 1966 and sentenced to life in prison.

At trial Hayer confessed, but refused to identify the other assailants except to assert that they were not Butler and Johnson. In 1977 and 1978, he signed affidavits reasserting Butler's and Johnson's innocence, naming four other Nation members of Newark's Mosque No. 25 as participants in the murder or its planning. These affidavits did not result in the case being reopened.

Butler, today known as Muhammad Abdul Aziz, was paroled in 1985 and became the head of the Nation's Harlem mosque in 1998; he maintains his innocence. In prison Johnson, who changed his name to Khalil Islam, rejected the Nation's teachings and converted to Sunni Islam. Released in 1987, he maintained his innocence until his death in August 2009. Hayer, who also rejected the Nation's teachings while in prison and converted to Sunni Islam, is known today as Mujahid Halim. He was paroled in 2010.

The public viewing, February 23rd – 26th at Unity Funeral Home in Harlem, was attended by some 14,000 to 30,000 mourners. For the funeral on February 27th, loudspeakers were set up for the overflow crowd outside Harlem's thousand-seat Faith Temple of the Church of God in Christ, and a local television station carried the service live.

Among the civil rights leaders attending were John Lewis, Bayard Rustin, James Forman, James Farmer, Jesse Gray, and Andrew Young. Actor and activist Ossie Davis delivered the eulogy, describing Malcolm X as "our shining black prince ... who didn't hesitate to die because he loved us so":

There are those who will consider it their duty, as friends of the Negro people, to tell us to revile him, to flee, even from the presence of his memory, to save ourselves by writing him out of the history of our turbulent times. Many will ask what Harlem finds to honor in this stormy, controversial and bold young captain ‍—‌ and we will smile. Many will say turn away ‍—‌ away from this man, for he is not a man but a demon, a monster, a subverter and an enemy of the black man ‍—‌ and we will smile. They will say that he is of hate ‍—‌ a fanatic, a racist‍—‌ who can only bring evil to the cause for which you struggle! And we will answer and say to them: Did you ever talk to Brother Malcolm? Did you ever touch him, or have him smile at you? Did you ever really listen to him? Did he ever do a mean thing? Was he ever himself associated with violence or any public disturbance? For if you did you would know him. And if you knew him you would know why we must honor him.… And, in honoring him, we honor the best in ourselves.

Malcolm X was buried at Ferncliff Cemetery in Hartsdale, New York. Friends took up the gravediggers' shovels to complete the burial themselves.

Actor and activist Ruby Dee and Juanita Poitier (wife of Sidney Poitier) established the Committee of Concerned Mothers to raise money for a home for his family and for his children's education.