by Brian Anonymous about a year ago in incarceration

Empathy is at an all time high during the pandemic. 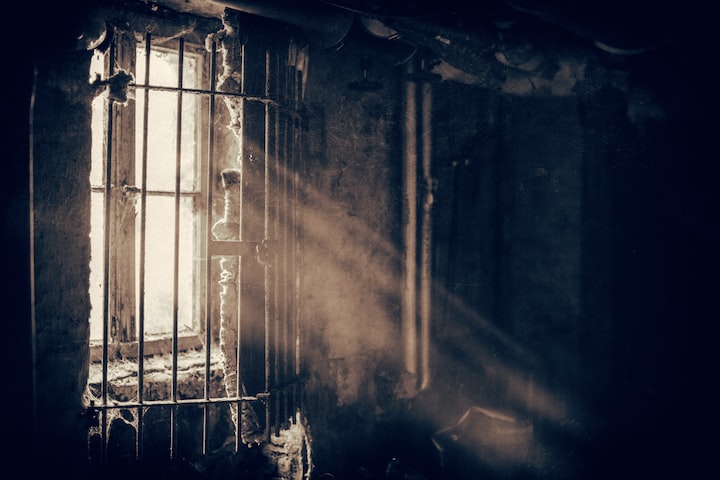 Much of 2020 was a write-off. Seeing as the pandemic had swept around the world a lot of people didn't really do much. We moped around but we still had our luxuries; like going out, talking and conversing with friends and family and enjoying our own homes. Much of the people today believe they're imprisoned in their homes during the lockdown. Some are just realizing that it is affecting their mental health. What would you say if there are people suffering way worse than this?

As some of the precautions to uphold for our own safety, we've been asked by our governments to lockdown. This means that they don't want us to leave our homes for non-essential things. Essential needs could mean; getting groceries, seeing doctors or physicians, getting things to fix the house, and even exercising. It's a huge change from the standard norms that we're used to. We now appreciate how great we had it in the past and understand the luxuries of our freedom.

The thing is that we're still able to enjoy everyday life. There are different ways to communicate with our friends and family now. That's not to say it comes close to being as good as being with someone physically. Although we were kind of leaning to the social distancing ways before the pandemic with text messaging and social media anyways. Not everyone but a lot of us were.

We're still able to see our loved ones. Yes, there will be some precautions but if you have the will then there's a way of doing it safely. This was especially done during the summers when people were able to hang outside with a warm sun in their faces. Everything changes in the winter when it gets cold. The ambition isn't quite as strong anymore with the cold. Still it's doable.

Staying at home used to be a luxury before the pandemic. Now we're complaining about it because we're getting too much of it. All those fancy things that we bought kind of seem useless now that we can't really share memories with them.

This brings up the mental health of a lot of individuals. When you get cooped up at home for so long and I think it's close to a year now, you start to get stir crazy. Crazy isn't really a socially accepted word anymore so we chalk it up to mental health. People are getting depressed and anxiety is going through the roof. I hear about people complaining about their mental health all the time. Even when we still kind of have it pretty good.

There's large groups of people that aren't as lucky. If you still have a roof over your head thank your lucky stars. There's not a lot of people that can say the same thing. This is particularly dangerous in the winter. People are losing their jobs and just losing themselves.

We think we're prisoners to the government but what about real prisoners. Some of these people have been in penitentiaries for years. They don't even get to see their family and friends. It would be a lucky break for them if their family or friends even visit them. They have to make friends with a totally different group of people and you're told when to eat, sleep and play.

Prisoners don't have the same luxuries that we do. We can still come and go as we please. We can still have jobs and purchase everyday things. Imagine if you're in their shoes. The lifestyle would feel dramatically worse than what you're experiencing right now.

Sure they did something wrong to go to prison in the first place. They are still humans though. The whole point of prison is to rehabilitate. It isn't to make someone suffer. We're trying to teach them how to integrate and come back to society as productive citizens. I think some of us have lost that ideology and look at them less than human.

Now that we're experiencing the pandemic lockdowns I wonder if we are more sympathetic to their situations. We complain about our mental health when we still have luxuries. I can't imagine with the state of mental health prisoners get in when they're stuck there for years. It's no wonder why recidivism rates are so high. They've been branded as criminals and their mental health is terrible by the time they get out so they won't be able to fight expectations of them.

I'm just saying that we should have more sympathy for prisoners. Now that we're experiencing lockdowns, we should realize we don't have it half as bad as some other people. There are people that experience far worse and for extended periods in time. Some of these people are even in prison for doing small things. Maybe it's time we give some of them more of a chance.

Read next: The fixer