Leadership Under the Gun: What the Alec Baldwin Situation Teaches Us About What It Really Means to Be a Leader

A routine day on a movie set in New Mexico turned to tragedy in an instant. Here’s what this incident, and specifically the star’s reaction to it, tells us about how not to perform as a leader in a time of crisis. 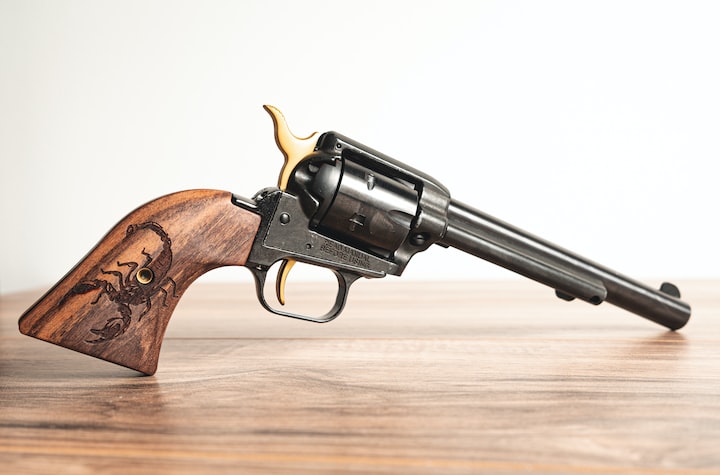 Photo by Luis Domenech on Unsplash

Alec Baldwin. Unless you’ve been living under a rock (without WiFi) for the past few weeks, you certainly know the story. On October 21st, the actor was filming a scene in New Mexico for a Western movie. “Rust," that he was not only starring in, but producing as well. He was practicing a scene inside a rustic church, holding a gun that had been checked for safety by the independent film’s armorer, Hannah Gutierrez-Reed. Somehow, the gun discharged a live bullet - a bullet that was not supposed to even be on the movie set. The bullet struck and killed acclaimed cinematographer, Halyna Hutchins, and wounded the film’s director, Joel Souza.

There was no question that Baldwin was the one holding the gun and that it was raised and pointed at that instant at the cinematographer, who was working at getting the camera angle “right” in the instant that the fatal shot was fired. And while today the local authorities in New Mexico are continuing their investigation into what exactly happened and if anyone, including Baldwin, might face criminal charges, already at least two civil suits have been filed against the actor and his production company in the incident.

As a strategic management professor and consultant, my interest in this story is not in the vein of the coverage we still continuously see on the incident not just from outlets like TMZ and People, but from news networks like CNN and MSNBC, which has lead to intense criticism of these news outlets on social media:

Rather, my interest in all of this stems from an interview that Alec Baldwin recently did on ABC. It was his first interview on the matter, and as happens, today, the network chose to turn his first comments on what happened into an event - a prime time special on the network. Quite surprisingly however, the interview did not draw big ratings!

There was for me however, a key moment - one that will likely be played over and over and over again - and not in a complimentary way for Mr. Baldwin. When asked by ABC News’ George Stephanopoulos the “big” question, "Do you feel guilt?", ⁠ Alec Baldwin responded: “No. Someone is responsible for what happened and I can’t say who that is, but I know it’s not me.”⁠ Of course, in our social media age, Baldwin’s response to that key question was seen by far, far more people than those who actually watched ABC’s prime time news special, as it quickly went viral:

To me, this was a leadership moment - and Baldwin failed miserably at it! Now we have learned as a society not to expect celebrities - from the world of entertainment, sports, and more - to be paragons of virtue. As Charles Barkley put it so famously in his Nike “I am not a role model!” commercial almost 30 years ago:

We now have even been conditioned to see our political leaders not take responsibility for their actions, as then-President Donald Trump famously did last year with the COVID-19 pandemic:

Now remember that Alec Baldwin was not just serving as an actor in this instance, as he was also producing the movie. He was in charge. And yes, the fatal shooting happened not just at his hand, but under his watch. And he has now publicly announced that he bears no responsibility for it. Legal experts have weighed in that they would have advised him not to do the interview at all, as what he said “can and will be used against him” in the possible criminal and certain civil litigation against him and his production company. And PR and crisis management professionals have observed that Baldwin’s interview did not help his case in the “court of public affairs” either, as it stands as a “textbook example of what not to do” In such a situation.

So Alec Baldwin would have been best advised to not do the interview at all. Likely he was given very good - and highly paid advice, both from his legal counsel and his PR team, and he did not listen to it and did the interview anyway. But what really troubles me as a management consultant and professor is not the crisis management or legal liability issues involved here. It is how Baldwin answered that key question. “Someone is responsible for what happened and I can’t say who that is, but I know it’s not me.”

What we want from our leaders in times of crisis is ownership. Whether they or their organization - and maybe both - made a mistake, a blunder, a faux pas, or just plain fucked up, we want them to be out front and to be understanding, empathetic, and yes, responsible. What we got from Alec Baldwin was, as Leif Babin, the author of Extreme Ownership: How U.S. Navy SEALs Lead and Win, put it so eloquently in just two words, was not ownership, but instead, “Extreme Disownership.” Not only did Baldwin not take any responsibility, he pointed the figure at the unknown “someone.” In other words, he was - as the expression goes - “throwing everyone under the bus,” except himself of course.

Some might say that this is the “norm” in America today - to not take personal responsibility as a leader. We see such actions again and again and again, not just in the worlds of business and politics, but in the world of sports as well. How many times do we see coaches - in all team sports - take to the podium at a press conference after a loss and say: “It was my players’ fault,” or “It was my assistant coaches’ fault,” or “It was the ref’s fault.” We tend to have leaders today who project blame for bad outcomes outward, rather than looking inward for a cause. We tend to have leaders who are unwilling, as President Harry S. Truman famously put it, to say that “The buck stops here,” but who more often than not will proclaim: “The buck never got here” or simply “What buck?”

Now Alec Baldwin’s interview and that one response may indeed fade into our collective cultural memory bank. Although in truth, I think it may well live on in time (as this moment did involving President Bill Clinton):

There will likely be both criminal and civil cases on the tragedy that occurred, and yes, we will have legal and “revolver” experts debating what happened and exactly who is liable for the death that occurred. But for me, I think that more than anything else, this is a “teachable moment” on leadership - and the character of a leader, which demonstrates just how important precisely what you say is in a time of crisis.

More stories from David Wyld and writers in Criminal and other communities.