by Kathryn Brown 4 days ago in fiction

It was only a matter of time 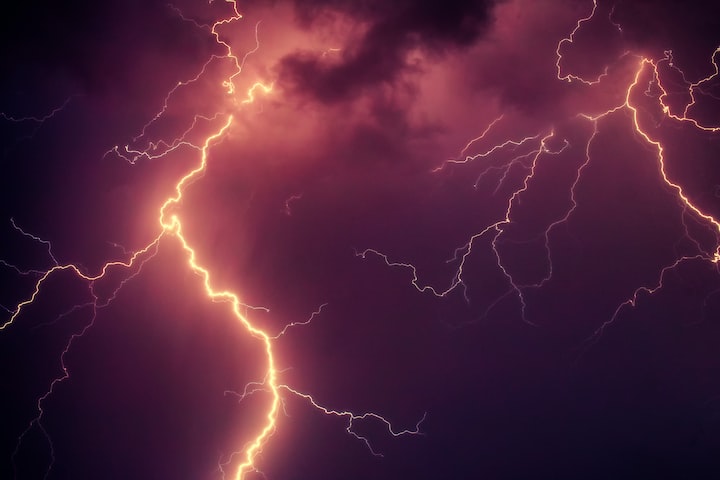 It would happen on her birthday. The sudden crash and bang as the front door was breached and dark uniforms flooded in - blinding them with flashlights, screaming incoherently and holding plastic shields up - interrupted the second chorus of “happy birthday” while her best friend carried the personalized cake to the table.

She was face down on the linoleum staring at the smashed remains of purple and green frosting. Each of her friends were prone in similar positions listening to boots scuffle from carpet to linoleum and back, yelling “clear!” from the bedrooms. How did the saying go? The jig is up.

She was lifted by her arms to a standing position before being hustled out to the street. They had her stand at the hood of the cruiser and escorted the party outside. Officers remained inside searching cabinets, tossing drawers, and upending her vintage truck. Her boyfriend of six months caught her eye from the far side of the yard, mouth gaping and frosting smeared into his meticulously styled hair. His eyes searched her, begging her to ensure him there was a mistake.

She turned away, watching the rest of the chaos play out. Officers trampled her freshly mowed lawn, leaving muddy tracks behind them as the sky threatened to open on them again.

“You have the right to remain silent.” Thunder clapped overhead.

“Anything you say can and will be held against you in a court of law.” She looked up, expecting rain. It was holding for now, and she wondered which would win in this race against time: the rain or her expiration.

“You have the right to an attorney. If you cannot afford an attorney, one will be provided for you.” Except she knew that there would be no attorney representing her. Her time was up. She looked across the street and saw a flicker of movement from a window as the curtain was dropped. The countdown had begun, she was sure.

“Is your name Lacey Marie St. Pierre?” The uniform asked her, bringing her back to the moment.

“Is this your home of residence?”

“Clearly.” These were, no doubt, routine questions, but they bothered her all the same. Her best friend was leaning against a different cruiser, crying hysterically and sputtering threats about reporting brutality. She always was a bit soft, Lacey thought. A car squealed past the intersection, its muffler either damaged or removed. Her interviewing officer looked up and stared after it, the other uniformed officers and the two suits approaching the scene did the same.

Lacey turned back to the house across the street in time to see the barrel peaking out the window. The lightning lit up the sky just before the house vibrated with the thunder. When Lacey’s interviewing officer turned back to his suspect, her body stiffened, her head cracked backwards, and her eyes glazed over as bright red droplets splattered the sidewalk. The raindrops fell quickly, creating a thin red stream flowing under the cruiser’s tires. Just over twenty people, law enforcement and suspects included, dropped to the ground to take cover. It was a wasted effort, of course, as the only target worth a bullet was now staring blankly into the torrential downpour.

Radios cackled for back up. Thunder rolled overhead. The curtained window closed quickly against the storm. The former resident sprinted out the back door before lightning a match and flicking it back towards the gas can. It was, of course, planned to the smallest detail. The home lit entirely within seconds while the officers across the street stared open mouthed at the fiery ball of flame casting shadows on 32-year-old Lacey St. Pierre, who had known all along that she would never make it out alive.

Find more at www.heykanb.com :) thanks in advance for the visit!

See all posts by Kathryn Brown →