How we are being failed (part 1)

by Robert Kegel about a month ago in investigation

How law enforcement and the government is failing us. 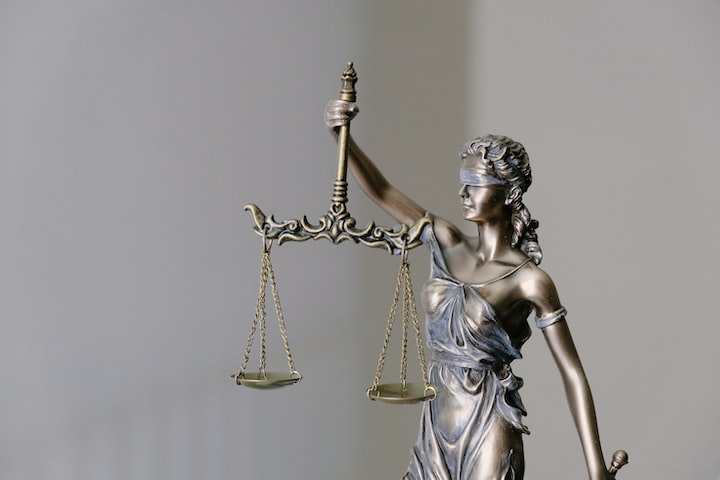 This morning I woke up and put on the news, and was saddened by what I saw. I saw a Senate committee with 4 women talking about how they were abused by their doctor. These women were pro gymnasts (Simone Biles, McKayla Maroney, Aly Raisman, and Maggie Nichols) their abuser (Larry Nassar) was their doctor. I couldn’t believe what I was hearing, that they were brave enough to speak up but the FBI did nothing for a year, letting this doctor hurt more women. How could have this happened? This is a travesty that in this day that anyone could go through something so awful, step up and nothing happens for a year. These women are in the spotlight which is why we’re hearing about this now, but so many people who don’t have the popularity to take this to the Senate are still out there, feeling their voices aren’t heard. This should never happen.

Sure, there are times when people make false accusations, but that’s why they have to be investigated, and investigated by people with open clear minds. But when something like this happens and the person who did such awful things to who knows how many women and doesn’t get a true investigation for a full year, that’s criminal in itself.

If something like this can happen to Olympic athletes how many of these crimes are being swept under the rug when it’s done to regular people? How many people are being disrespected and uncared for when they get the courage to come forward with such allegations? Thousands? Millions? More?

This not only happens with sexual assault, but with murder and other crimes. Look at the cops that shot innocent people over the past years, many of them are still on the streets. Look at the people who have been accused of defrauding the government, companies, or people by stealing money. We even had a president that in most people's eyes was a criminal and he’s still walking free.

Then as I mentioned above there are people in jail who are innocent of crimes they didn’t commit and either the person who did commit the crimes are running free or the accuser lied.

Years ago, I was dating a woman who I found out had a drug problem and she lied to me as well. When I confronted her, she denied she had a problem, she denied she lied and when I showed her proof, she got defensive, so after trying to help her for a while I did the only thing, I thought I could do to save myself and that’s break up with her. When I decided to break up with her my first instinct was to record the conversation, something in my head told me to do so and I was glad I did. After I broke up with her, she got upset, yelling at me and said she’d go to the cops and say I hit her. After I showed her, I was recording the conversation, she was quiet and left. A few days later she called and said she left some stuff at my house, could I box it up and she’d come over to pick it up. Again, instincts kicked in and I told her I’d box it up and meet her in the police station where in front of a cop I’d give her the box. She hung up, and I haven’t heard from her since. I believe if I wouldn’t have taken safeguards with her, she would have told the cops I hit her, and I may be in jail right now instead of writing this post. Sometimes when people are angry, they get vengeful and may make up things or do things and I think now how many people are in jail because their ex, or a friend or someone else told a lie about them to the authorities and they got in trouble for something they didn’t do. I can understand the police have to investigate allegations, but it’s the police officers that jump to conclusions before doing a full and thorough investigation to make sure they got it right, that are in the wrong as well.

So basically, what does all of this have in common? Lazy or corrupt cops who just want to close cases instead of going into them with an open mind to do their job the proper way. Law enforcement that looks at a person and makes assumptions. Is it because the police are pressured by their superiors to close cases? Do we not have enough cops? What can be done to stop this? I don’t have a full answer. There are good cops, I don’t hate the police, I just don’t like bad or dirty cops.

In entertainment, they portray cops in two ways. The good cop who genuinely wants to help people and the cop that shoots his gun every episode beats suspects and plants evidence if he thinks the suspect is guilty and can’t prove it. I don’t think it’s that bad, I think there are more cops out there that want to help than that are bad, but the bad ones are what they show on the news. In a perfect world, there would be a way to weed out possible bad cops while in the academy. In a perfect world when a cop does something wrong, he’d be treated like every other criminal. Unfortunately, we don’t live in a perfect world, but that doesn’t mean we shouldn't’ try and make it better.

This is going to be a two-part post. I thought the subject matter was too important to water down by making it one.

Receive stories by Robert Kegel in your feed
Robert Kegel
Read next: The Beating Death of Kamonie Love Whiteside