by Kelsey Lange 2 years ago in investigation

These 10 worst investigation mistakes in serial murder cases will send chills up your spines. The amount of lives that could have been saved is unimaginable.

These are the most mind-boggling mistakes that law enforcement has made during serial killer cases throughout history. You would be shocked by the number of times a serial killer has been under the power of the police, just to be effortlessly released to kill again.

As the worst investigation mistakes in serial murder cases, these cases will not only shock you, but make you consider what the true motives behind these police officers were. 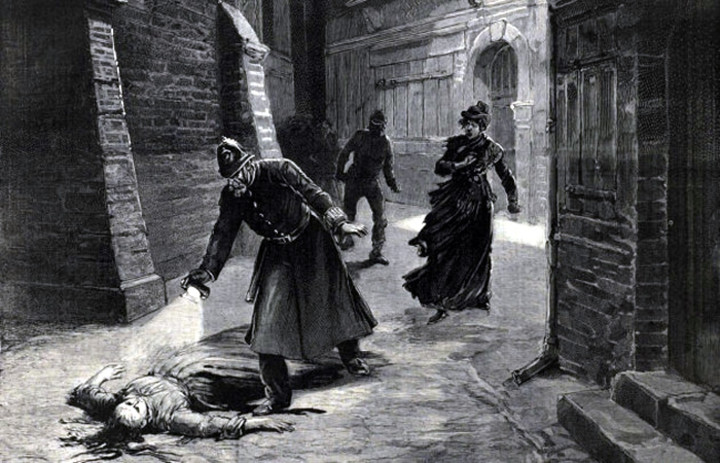 To start off our list of the worst investigation mistakes in serial murder cases, we had to begin with none other than the Jack the Ripper case. Though whoever the killer may have been is still unknown to us, the person has evidently passed since.

However, this has not taken away from the interest of the case. And if the law enforcement authorities that had taken on the case at the time did not make the mistakes that they did, we might have known who Jack the Ripper is, despite the intensity of the killer's tricks.

The Ripper case is more than a century old, and the mistakes of the case are still prevalent in the ongoing investigation. The first mistake was a tampering of evidence.

The first being the graffiti, which was written by the Ripper but not preserved, and the second being Mary Ann Nichols, a victim of the Ripper. She was stripped and scrubbed, removing all traces of evidence of the killer. 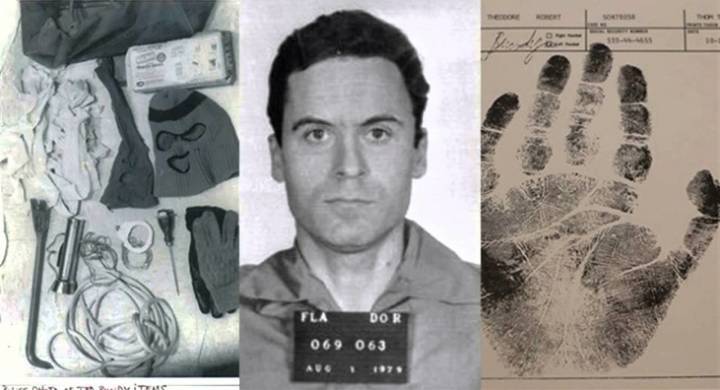 Next on our list of the worst investigation mistakes in serial murder cases is Ted Bundy. The first mistake by police was mostly due to the fact that the technology during the 1970s was simply not up to par to follow up with the reported behavior of Bundy.

In fact, Elizabeth Kloehper, Bundy's girlfriend, reported him to the police multiple times for his bizarre behavior as well as trying to destroy evidence used in a murder. However, the police were unable to retain him.

As the killing spree continued, Bundy went on to attend law school in Utah, where women began to turn up missing. And finally, he was pulled over by a police officer, where they found rape and murder kits in his vehicle.

However, while he was imprisoned for kidnapping, he was also brought up on charges of murder, as the police uncovered the connection to the case. And this is where Bundy escaped, a huge failure on the law enforcement's part.

He was left alone to research, and he escaped out of a second-story window. And finally, the last part of the investigation failures comes after six days of freedom, where police discovered him in Aspen, Colorado.

However, Ted would then crawl his way through the ceiling after carving a hole for himself. He crawled to the main jailer's office where he found the keys to escape the jail. He simply walked right out their door, and if that doesn't scream police failure, we don't know what does. 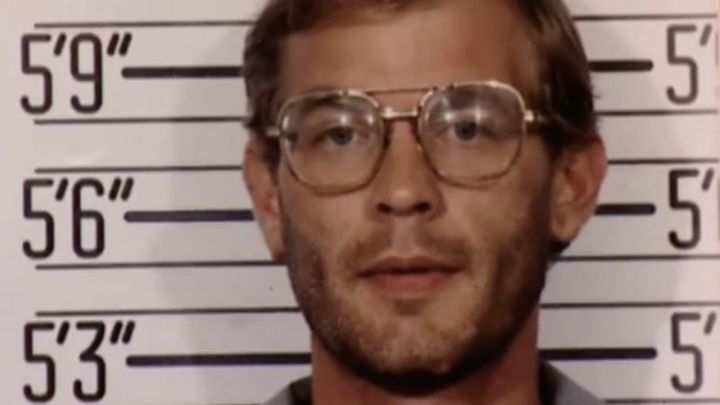 The infamous cannibal that will forever be known as pure evil, Jeffrey Dahmer's case was nothing close to perfect. The Milwaukee cannibal was nearly caught, but let go to continue his murder spree by police on May 27 of 1991.

The police were already aware of the serial killer, though clearly unaware of his identity. Police received reports of a nude Asian boy who has been wandering aimlessly around the streets.

He was another one of Dahmer's victims; however, this was not apparent to the police. Dahmer had planned to drug him and murder him, but only got halfway through his plans before he got drunk and fell asleep instead.

The boy wandered the streets, and as police investigated the scene as well as interviewed the witnesses, Dahmer came to them. He convinced the police that the young man was actually 19 years old, and his lover, who simply had too much to drink that night.

The police let Dahmer go, and he later went on to murder and dismember the poor victim. 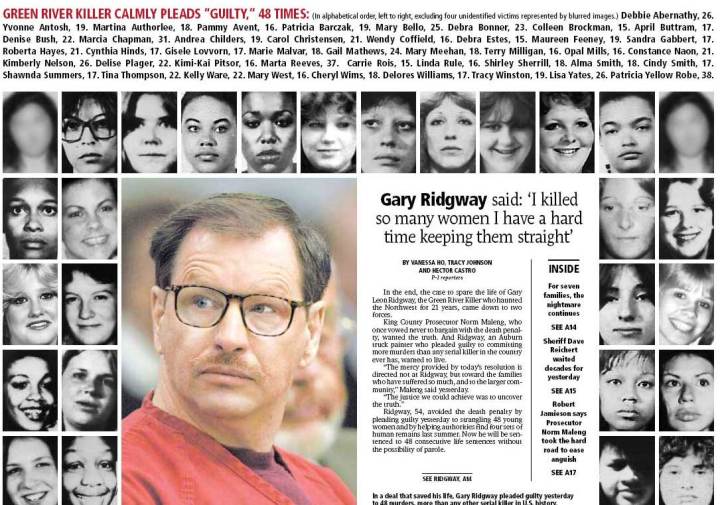 Gary Ridgway, or the Green River Killer, was an undetected serial killer for almost 20 years, murdering over 90 people. As one of the worst investigation mistakes in serial murder cases, the police failed to discover his identity even under investigation.

He maintained a seemingly normal life on the surface, and police began to second-guess the evidence that they had to convict him. Because the DNA technology at the time was not as strong as they needed it to be, Ridgway was even interviewed in his home by police.

Because of the police's second-guessing, Gary Ridgway was free to kill, and this lead to many more innocent victims of the serial killer.

Eventually, he was convicted, and Ridgway went on to confess over 70 killings, though it is believed that he may have killed up to 90 people during his 20 years on the loose. 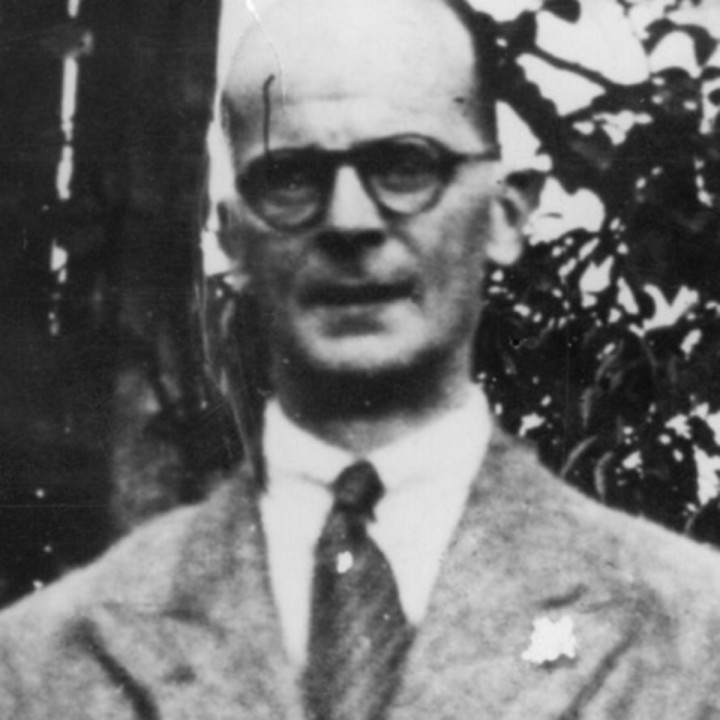 Active in the 1940s, John Christie was a serial killer of at least six women during his time as an active murderer. However, if it weren't for some police mistakes, these lives may have been spared. The way the Christie murdered his victims was a terribly evil tactic, as he would pretend to be knowledgeable in abortion processes to lure them.

The first testimony against Christie came from Timothy Evans, as he confessed to the accidental deaths of his wife and child by Christie operating of them. However, police ignored his testimony, and instead believed that Evans was the culprit.

He was hanged for the crime on March 9 of 1950. However, with more investigation, the police discovered the true murderer being Christie, after many years of serial homicide ensued. He killed four more people and was convicted of murder in 1953. 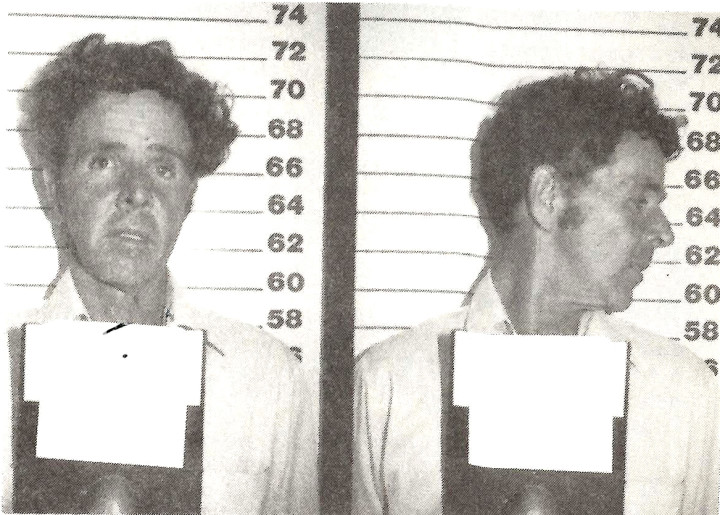 Next on our list of the worst investigation mistakes in serial murder cases comes from the Henry Lee Lucas. After being caught as a serial murderer, Lucas would be released by the police on two different occasions.

The first being after Lucas murdered his mother, which lead to him to be sentenced to prison for 20 to 40 years. However, he was released after only doing two years of the sentence, being released in 1970.

However, he was arrested for a second time almost immediately after his release. This was for molesting teenage girls the following year; however, his charge was reduced, and he was convicted solely for kidnapping.

He was set free again in 1975. Lucas went on to kill again, and in the late 1970s and 1980s, his later confessions exposed a shocking 350 people, including his mother.

One of the most infamous police mistakes of history, Lucas was right under the authorities noses' two times, and they released him to take over 300 innocent lives. 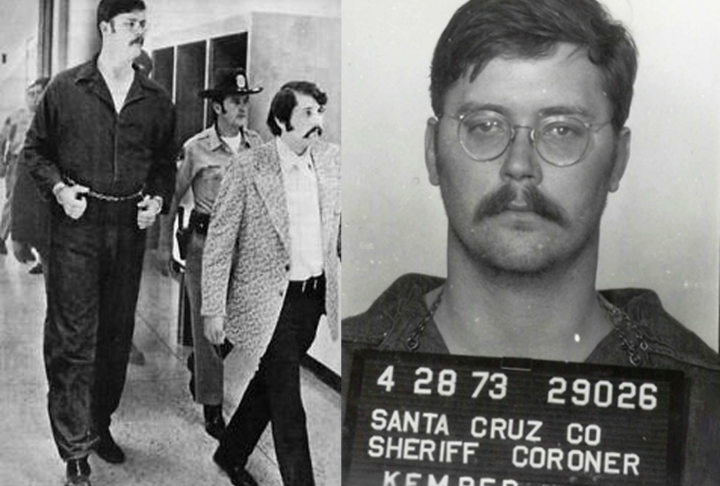 Ed Kemper was never in hiding during his killing sprees, and he would even talk to the police about the alleged serial killer on the loose. He would lock his victims in his car, and ultimately behead them, keeping their bodies in his apartment for days.

His killing history included picking up hitchhiking female students to kill them, decapitate them, and later have sex with their corpses. As one of the worst investigation mistakes in serial murder cases, Kemper was sent to Atascadero Hospital for the Criminally Insane and was released after only five years. 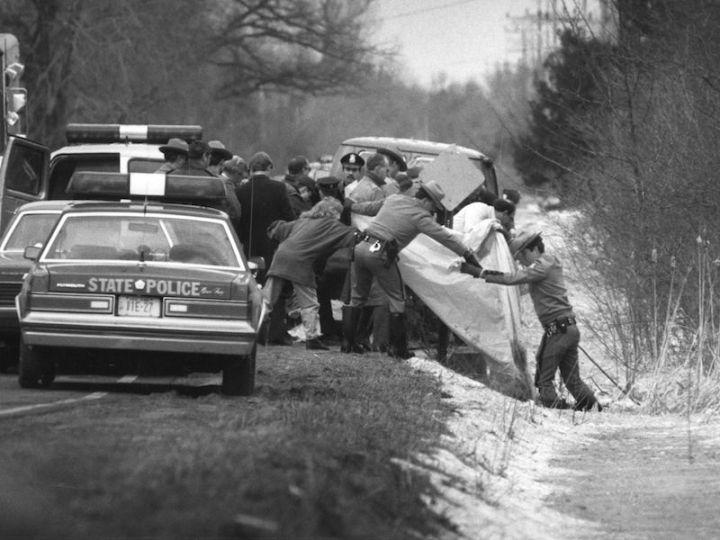 Active in the 1970s and the late 1980s, Arthur Shawcross was a serial killer who was convicted of ten murders, including two children, each of which were found mutilated. He confessed to killing the two children, which resulted in him being sentenced to prison for 25 years.

However, he was released after 15 years, and you guessed it, he went on to kill again. His killing spree lasted a terrible two years, where he murdered 11 prostitutes. Finally, he was tracked down ultimately by a police helicopter.

He was found near the scene of a recent murder, where police arrested him once again, and was sentenced to prison for the rest of his life. He later died in 2008. 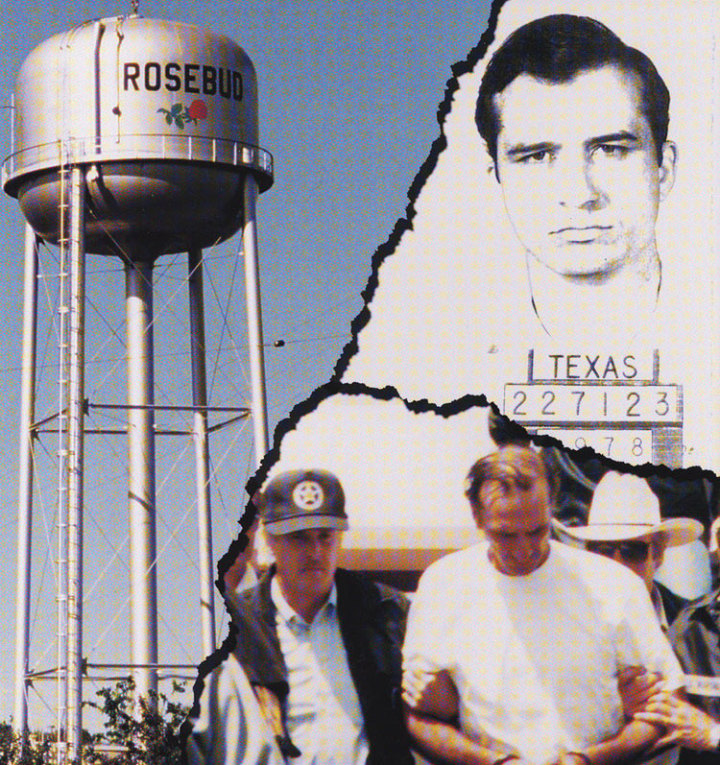 Kenneth Allen McDuff was responsible for up to 22 murders from 1966 to 1992. He was sentenced to prison for life, after his sentence was reduced from death row for murdering three teenagers. However, he was released in 1989 for a very shocking reason.

The reason for his release was to reduce prison overcrowding. While on parole, he killed at least three more women, and confessed to the crimes with zero remorse. He was executed by lethal injection in 1998. 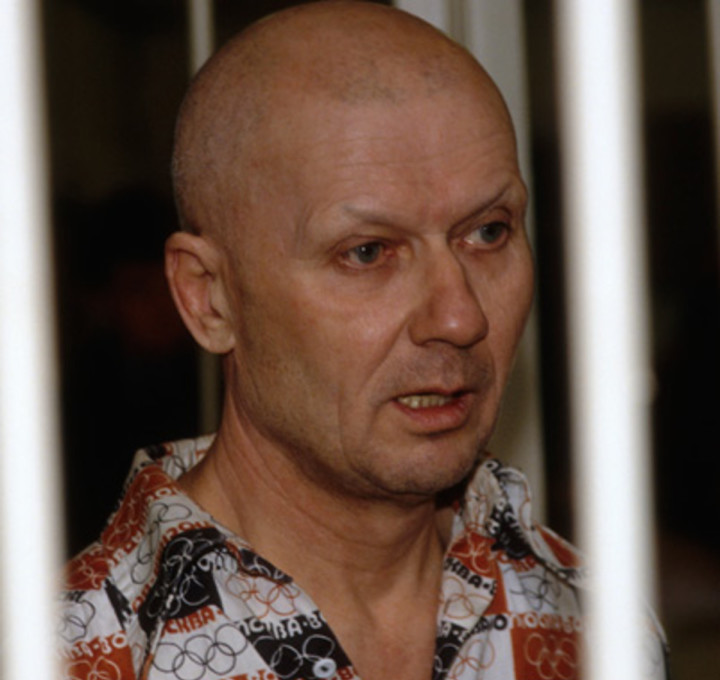 To complete our list of the worst investigation mistakes in serial killer cases, this case comes from the Ukrainian-born serial killer, Andrei Chikatilo, who was responsible of taking over 50 lives. This case is a wild one, and Chikatilo's murders included luring young women away from train stations or other public places into the woods.

He would stab, choke, and rape the girls. Police even were supplied with evidence as far as blood in the snow outside of his home, as well as an eyewitness. However, they convicted Aleksandr Kravchenko, an innocent man, of the crimes. He was executed in 1984.

After Kravchenko's execution, Chikatilo continued his killing spree, to finally be arrested on the behalf of groping a female at the train station.

After his arrest, they found a knife as well as a rape kit in his belongings, but the testing equipment at the time failed the police. The blood found at the crime scene did not match Chikatilo's.

And they released him only to murder for another six years, making it one of the worst investigation mistakes in serial murder cases.