by Skunk Uzeki 11 months ago in incarceration

Angola Prison, also known as the Louisiana State Penitentiary, was notorious for abuse. That's what makes these facts about life in Angola Prison a sign that we need prison reform.

Recently, Brooklyn's prison system came under fire after reports of heating being shut off came to light. At the time of the report, prisoners were enduring 33-degree weather, and at times didn't even have flushing toilets. According to protestors, the prisoners got frantic and began to bang on the windows while screaming for help.

Sadly, this is par for the course in the American prison system. We have a long history of cruel, inhumane, and downright slave-like conditions in our nation's jails. Though the recent scandals in Rikers and other NYC-based prisons may be eye-opening for some, it's not uncommon to hear about these things happening across the country.

Back in the days when San Quentin was the major "scandal du jour," there was one jail that was often overlooked by the media. This jail was Angola Prison, and it was one of the most dangerous prisons in the American penal system.

Though Angola did shape up in terms of safety, it's still the largest maximum-security prison in the United States. Thousands of inmates who are there will never see the outside ever again.

Life in Angola Prison was brutal—in ways that really should be considered cruel and unusual punishment by law. Don't believe it? Here are some of the more horrifying facts about this lawless jail.

Life in Angola Prison means that getting sick will likely kill you. 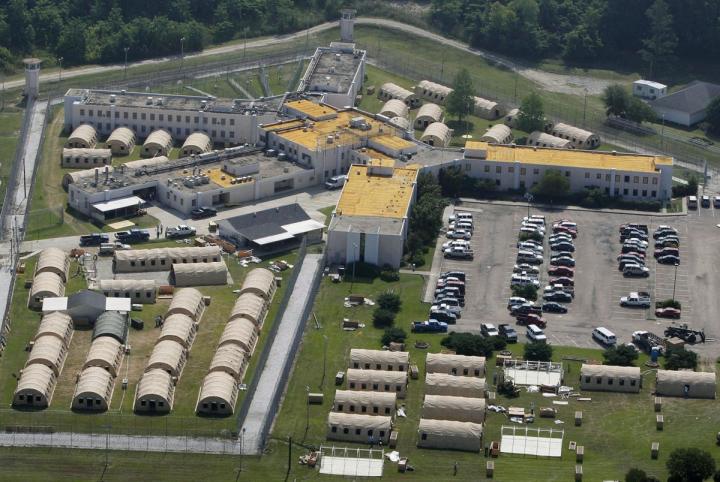 Angola State Prison was, and still is, notorious for ignoring the healthcare needs of its prisoners. Burl Cain, who was Angola's warden from 1995 to 2015, was known for "gently" suggesting that patients don't need medical care at all.

The ACLU has filed a lawsuit against the prison, citing multiple cases where prisoners died preventable deaths. Some, such as undiagnosed kidney cancer, may be explained away. Things can happen.

Others, such as cases where bedridden prisoners were left in their own feces until their bedsores opened wide enough to expose bone, can't be blamed on a doctor's innocent mistake.

Hundreds of prisoners have suffered permanent damage due to the prison's refusal to offer basic healthcare. Many people wonder if prisons are effective, and with treatment like what happened at Angola, it's hard to imagine any rehabilitation actually happening.

Medical care in the United States is expensive, and that's no joke. Most prisons are not willing to pay the high wages that doctors would require if they were going to work in a prison. Prisoners can be a handful, one would imagine. Most doctors won't deal with it.

Angola came up with a new way to deal with the lack of doctors. Rather than look for licensed ones, they decided to hire doctors who had their licenses suspended.

At one time, of the 14 doctors working at Angola, 12 received disciplinary sanctions for misconduct, including sexual assault of patients.

The prison is patrolled by wolf-dog hybrids. 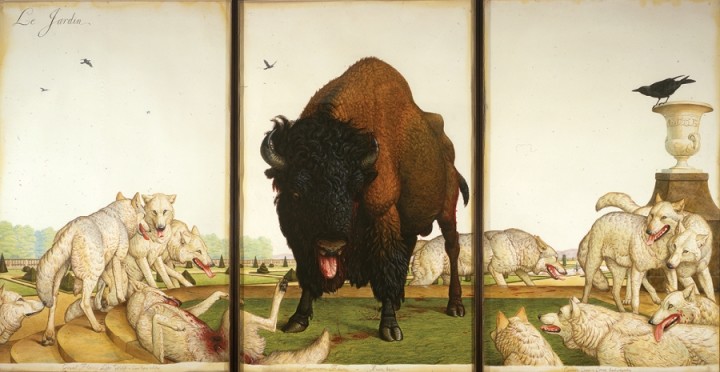 When the prison faced budget cuts, guards who helped prevent escapes found themselves jobless. To ensure that inmates don't decide to escape, the prison started to use trained wolf-dog hybrids to hunt down potential escapees.

Neighbors claim that the wolves once scared them, but that they've gotten accustomed to it. Even so, we imagine it must be terrifying to deal with seeing wolves where you're at. There are a lot of famous prison breaks in history, but very, very few people have ever managed to flee from Angola.

It is forced labor, every day.

It's not a secret that the prison system is the new way of making slave labor happen. For-profit prisons have long sold the labor of inmates for pennies on the dollar to major corporations.

At Angola State Prison, things aren't much different. "The Farm," as it's called, has a massive plot of land that inmates are expected to work. It doesn't matter how hot it is outside, or if you are not feeling well. Once you're cleared by a doctor, you work to death.

All things considered, this prison doesn't really try to hide its slave labor. The actual name of the prison is a reference to the Angolan slaves that once worked plantation fields around the prison campus.

Angola is still considered to be extremely violent. The prison regularly sees inmates attack and kill each other. The prison guards have been repeatedly caught abusing their power, even going so far as to rape inmates and beat them.

Most years here will see well over 900 to 1,000 assaults inside the prison. Sometimes it's inmate on inmate, other times the violence is between guard and prisoner. Either way, it earned its reputation as a bad place to be. Many of the most violent prisons in the world are overseas, but there are a lot in United States too, Angola included.

Scarily enough, it was way worse back in the 50s. Prison guards at Angola had a carte blanche (blank check) when it came to the way they behaved towards prisoners. Beatings, cold water sprays, and any other form of torture was on the plate for people.

Most prisoners found themselves at the mercy of guards, and it got to the point that they decided enough was enough. Conditions were so horrible, 31 prisoners slashed their own Achilles tendons as a way to bring national attention to the cruel treatment they received.

This prison was known for its electrocution killings.

For the most part, you don't end up in Angola without serious criminal charges under your belt. It's not surprising, then, that many prisoners who have been given the death penalty end up spending their final years at Angola.

The prison currently uses lethal injection as the execution method—it's mandated as the humane way to end life. Up until 1991, things were different at Angola. They had an electric chair that sealed 86 inmates' fate.

The chair was called "Gruesome Gertie," and was known for particularly bloody executions. Sometimes, the chair wouldn't work and would just torture the inmate. When this happened, they would fix the chair and then send the inmate back to his death.

It's currently on display at the prison's in-house museum.

It seems like life in Angola Prison means that your right to live comfortably will be taken away from you—even if you're an animal. Rodeo, a notorious bloodsport, has been a staple of the prison for ages.

The bi-annual Angola State Prison Rodeo is an event completely manned by prisoners. In it, spectators on the outside get to watch as prisoners are flung like ragdolls by bulls. Bulls in the rodeo are often baited to be extra aggressive.

The show treats both prisoners and animals like show toys, but it does have one perk. The money that the show raises is sent to the prison's education system.

Recreation isn't really available while you're in prison.

It's a known fact that recreation can help inmates reform and also maintain their sanity. That might be why Angola refuses to really offer any form of recreation for their most serious offenders.

Each death row inmate is given a single hour of time outside of their cell. During this hour, they can go take a shower, talk on the phone, have recreational time, or just chill.

Many people on Angola's death row have likened their sentencing to psychological torture. They're offered no hobbies, little religion, and lots of abuse.

They also allow death row inmates time to exercise in cages outside. 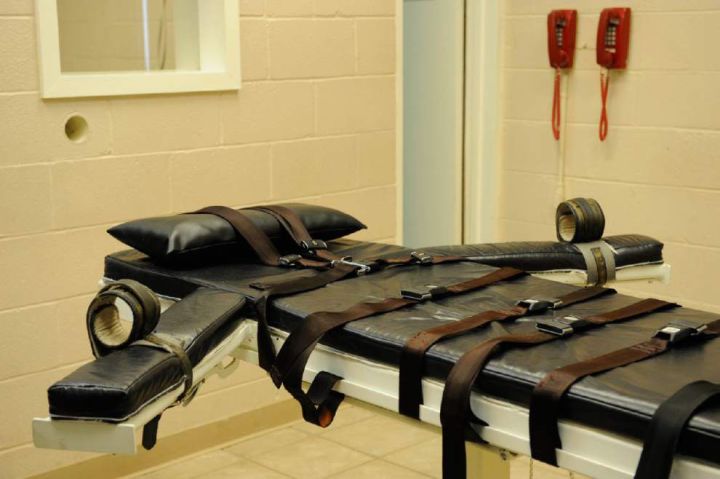 Death row prisoners are also given the option to work out three times a week in exercise pens. The pens are outdoors, and can only really be used when the weather permits it.

The "exercise pens" that these inmates are given look like dog cages. No equipment is inside them, just dirt. Sounds great, right?

Prisoners make their own coffins from time to time.

If you thought life in Angola Prison couldn't get any worse, think again. The prison also has a coffin-making operation that profits off the cheap labor. This alone is pretty morbid, but par for the course in a modern prison system.

What isn't normal, though, is that prisoners sometimes build their own coffins. Every time a prisoner dies and they don't have family members willing to hold a funeral, Angola uses one of the handmade coffins to bury them.