When You Find a Butthole On Your Pepperoni, You Tell No One

by Lindsay Rae Brown 19 days ago in Embarrassment

A story about discovery, loss and buttholes 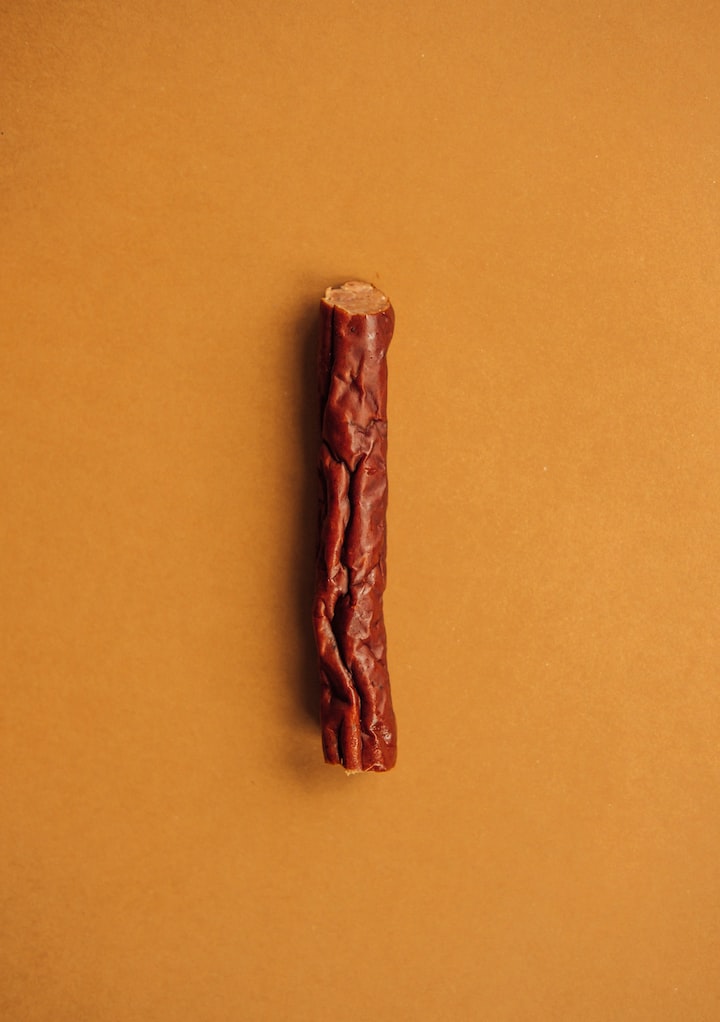 The great thing about owning a sandwich shop is that you get to daydream while working, and not catch shit for it. — Lindsay Brown (yeah, I just quoted myself)

I am standing at a cluttered prep table, slicing a large log of pepperoni into thin strips for the day’s sandwiches. As I near the end of the tube, I stop and stare bewilderingly at the cusp of this particular cured meat conduit.

On the pork cylinder's tip, where the thin casing ends, there appears to be a sphincter.

I wish I could find a picture of said pepperoni butt to carve out this image better. If you haven’t spent a lot of time around meat pistons, this may be a difficult thing to envision.

However, Googling “Pictures of Meat Sphincters” goes against my better judgment.

Either way, something like a butthole has formed at the end of the tube due to the puckering from the enclosed casing over the cylinder’s stump. I am utterly floored.

One, because why did my brain immediately go to the image of a butthole?

And two, am I the first person to make this assessment?

I want to mention something to my husband, Jamie, who is slicing bread a few feet away. I need to let him know about this fantastic discovery.

“Let me hit you with a fact, my friend,” I’d confidently say.

He’d probably look at me quizzically, which would give me the chance to go into great detail about my find. Jamie would shake his head and chuckle.

He wouldn’t see the beauty in the thing — a butthole in a ginormous meat tube. And then I’d get mad that he thought I was being funny when really, I think I’m actually onto something here.

Ten minutes later, we’d be arguing about meat assholes, and I’d say something like, “You’re the meathead, asshole!” And as stupid as it sounds, it would hurt his feelings, and then we wouldn’t talk for a while, and it would be really awkward when one of us finally broke down and had to apologize over our stupid fight about meat assholes.

Instead of informing my better (more mature) half of the discovery, I stay quiet and continue slicing. As it stands, this pepperoni’s celebrated newfound butthole will only be celebrated by me.

Five years ago, Jamie and I were drinking beer on our front stoop with our new neighbour, Tim.

We were joking about the colour of our houses. On Hallgren Drive, there were sparkling white and cream-coloured homes; cool, sleek-looking houses of greys and blacks; and then two light pink atrocities. Not even salmon, but instead pastel rose-coloured abominations.

Come to think of it, this is probably why Jamie and I immediately bonded with Tim — it’s true what they say, find another person who lives in a pink house, and you’ll be friends forever.

“But, you sort of have to admit, our houses are the colour of a cat’s asshole,” Tim said as he took another swig of his Kokanee. “Sphincter Pink,” He proclaimed as if declaring the colour an official title.

His voice was authoritative and confident, which immediately led us to believe that Sphincter Pink was precisely what the home builders had in mind.

I don’t know about Jamie, but at that moment, I had buttholes on the brain.

A hodgepodge of rectal images began to float through my mind.

And as though the clouds had parted and I saw King Mufasa himself in all of his liony glory, I knew Tim was onto something big.

“Oh my god, it is sphincter pink!” Jamie agreed in awe of Tim’s astuteness. At this point, our very conservative neighbours to the left of us slammed their window shut in the passive-aggressive manner to which we had become accustomed.

“Sphincter Pink.” I mused quietly, reflecting upon the beautiful phonetic nature of the phrase. There sat three 20-somethings, purring over the word sphincter while gazing attentively at the house beyond a stoop.

In the years to follow, long after we had moved out of our Sphincter Pink home, Jamie and I would still find ourselves rummaging up this memory. It became a sort of lore in our fading recollections.

“Remember that time we got drunk with Tim and were yelling the phrase Sphincter Pink throughout the neighbourhood?”

“Those were the glory days, my friend.”

I look down at my meat sphincter nestled on a prep table in a little sandwich shop and think about creating new lore, new memories.

I notice Jamie watching me gaze at the wrinkled end of this pepperoni log, and he smiles kindly at me.

“Whatcha thinking about, Babe?” He asks cautiously, as though speaking to a raccoon.

I would tell him. I would loudly exclaim my ideas about meat sphincters and pepperoni butts. However, I realize that sometimes these things must remain in the sanctity of one’s own grotesque mind.

Or that crevice of the brain where you fully expect to one day win the lottery despite having never actually purchased a lottery ticket in your life.

Finally, you could buy that dancing pole and Batman costume you’ve had your eye on.

It is that secret place you lock away the desires that you cannot voice to the world. The area where we hide our worries. The obsessive wondering over whether our dreams will ever become a reality. That small corner of fear that tells us we aren’t smart enough. Funny enough. Good enough to get what we so desperately feel might essentially complete us.

This is where I will store the memory of my pepperoni sphincter.

I tell Jamie that I’m not thinking about much.

I slice up the end of the pepperoni while hoping to God that I have a tumour growing in my brain. Otherwise, I have blacked out while thinking about buttholes attached to meat tubes for the last ten consecutive minutes.

It is a troubling thought, to be sure. One that I will gladly push back to the farthest reaches of my dreams.

There the pepperoni butts will live alongside my darkest fears and Batman’s sweet, sweet dance moves.