by Barb Tierno 8 months ago in Bad habits
Report Story 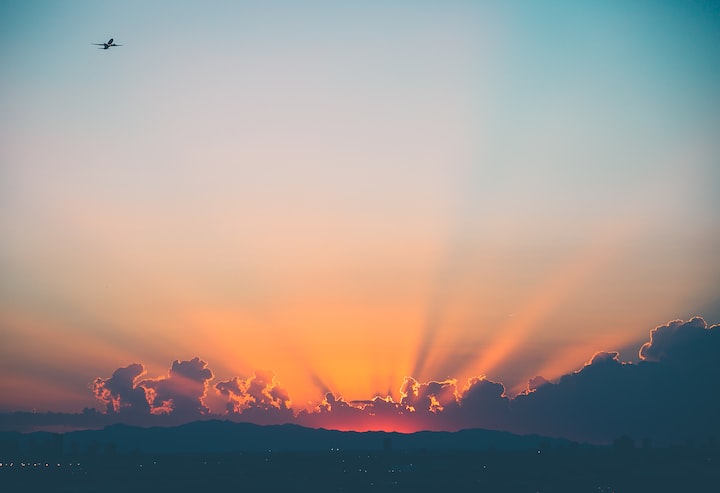 ...am I really nothing but persistent. Thinking that I have somehow failed at life. When I sit down to write all my previously wonderful thoughts that were concocted during a fruitful shower are quite literally, washed down a drain. I have a little faith that those things will come back to me, not ye of little faith but perhaps just so...

When I recollect that time, someone recently said that I was persistent as opposed to my self-deprecating, "I know, I'm annoying," it was perhaps the greatest reformation for me. The way she succinctly shot me down as if to say, you are not annoying, you are persistent and that's a good thing. Praise? Praise. Ah, I see. Unsure how to relay it to my brain now. I felt it was boastful for me to repeat. I enjoyed that sentiment. Persistent. I persist. I can get things done. Someone else noticed I can. I know can, but then I lose sight of my able because somewhere I want to be praised for it and it never came. Why? Why do I need external validation? I have this, confidence - somewhere but why do we all need to be SEEN?

Long, long ago when the internet didn't exist (yes, there was a time) I felt no one saw me. I felt invisible... to a certain degree, I still do and to be honest I kinda dig it. I "used" to act. I say, "used to," because I do not get any joy out of acting and it's something I still need to grieve over. Acting, though, was something I used to enjoy because I would get lost in the character. Everyone would need to pay attention to me because, well, I was there, I was made to be louder and I was made to be heard. I could appear in front of people - not as myself - but my emotion was real. My emoting was real and was being seen and listened to. My talent was being displayed. I was being... SEEN.

Yes, that was so important to me - because I felt no one had ever noticed me. My family, my fake friends that I hated because they were, well, fake. I do not know if I romanticized my own abilities as a defense mechanism, I don't think so. I think I was pretty realistic then, as I am now.

Depression killed the confidence I once had, the life (thought) I could have had...the individual I could have become. Unfortunately, I spent much of my life dwelling on that person I believed I lost. Pitying the person I embodied - always concentrating on my mistakes, and because I felt like a failure - I played myself.

Now, medication free, I wouldn't say I'm thriving, but I realized there is (or was) an arrested development that was hiding. I had I not taken this (permanent) vacation from the medication I hated so much - and believed I needed - it wasn't making me better. At some point, it wasn't even helping. I was hanging on to this person I felt I was told to be - a person I couldn't handle being. It was stifling, me - at least, I thought it was. With certainty I can say, it was stifling my issues - I was getting to the core of nothing.

Now, I feel a lot of things and I don't know how to deal with them - but I am ready. I knew I possessed little to no coping mechanisms before and I am feeling everything and nothing at the same time. I will persevere because, I am nothing if not, persistent.

More stories from Barb Tierno and writers in Confessions and other communities.