by Melissa Lenox 7 months ago in Secrets
Report Story

Confessing my affair to my mother 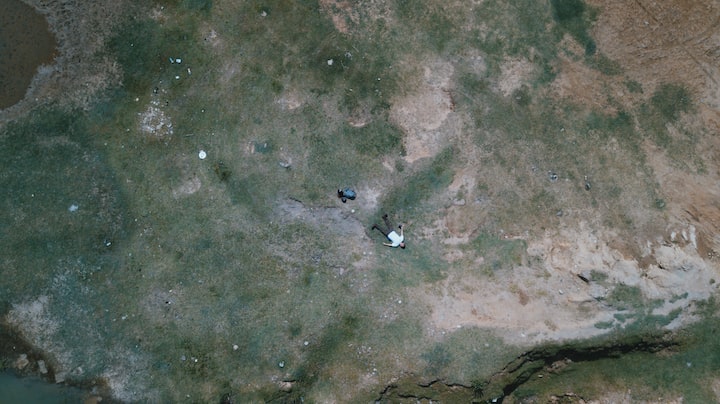 Photo by Chang Hsien on Unsplash

I know what I’m about to tell you will break your heart. It breaks my heart that I’ve kept this. I’ve been so afraid to tell you. That no matter what you will always love me. But this is so awful. I don’t know if you could ever love me again.

I had an affair. A year and a half ago. It didn’t start out that way. I didn’t intend for it to go that far. But it did. I wake up every morning regretting not telling you. I need you to not judge me. I just need you to hear my side.

The man is someone I briefly worked with. I actually used to work with his wife. In fact, I’ve known his wife longer than he has. Yes mom, your daughter had an affair with a married man. You have to understand I was young, naive, and torn. I had real feelings for this man. And I thought he had them for me.

It started out professionally. We’d do our work and then go separate ways at the end of the day. Then we started getting coffee before work. Then after work drinks. I was living with you at the time. I knew you wouldn’t approve so I always told you I was with a friend. He started to text me too. Early in the morning. Late at night. He said he had a dream about me.

The more we were together the more my feelings developed towards him. I wasn’t sure exactly what he was feeling. Then one day, I get a text from him saying he’s falling in love with me. Remember when you heard me knock something over in the bathroom? That’s when I got that text.

I didn’t deny that I felt something too. We met in the park the next day. We talked. I said we can’t do anything becasue of our jobs. We have to forget this encounter ever happened and put our feelings aside. He agreed. But before I left, he kissed me. My first kiss mom. A daughter should tell her mother about her first kiss. But how could I tell you mine was with a married man?

Even though we said we can’t have coffee, drinks, or text anymore outside of this job, we did. I did things to him. He did them to me. I was having all these sexual experiences for the first time and I couldn’t talk to you about it. That’s something I should’ve told you. I know how you hate lying.

That’s not the worst of it though. Eventually, he wanted to go further. And I hadn’t ever gone all the way. He knew that. And after a while, I agreed to do it with him. I wanted him to be my first. Becasue I trusted him. I lost my virginity to a man who had a wife. A wife who I had known for a long time.

The day I went to lose my virginity I told you I was meeting a friend for lunch. Instead, I met this man at a “cash only” hotel. I felt like a hooker. I found the room, went in, and lost my innocence.

When I came home later, I acted as if nothing had happened. We had casual conversation the rest of the day. But I wanted to tell you so badly what I’d just done.

Weeks went by. He said that he loved me. I said it back. Becasue I really did. He wanted to know if I’d marry him if he could get a divorce. I said yes to that. Then he went away for a trip with his wife. Communication came to a halt. I’d get “good morning” , “ goodnight” , and “ I miss you”. Anytime I’d ask how he is, he wouldn’t answer. I was going crazy. But, I kept it all inside. I couldn’t let you see what was going on.

The day he came back, we met at the hotel. We had sex. But something had changed. He was different. I could tell all talk of being together had ended. And I was heartbroken. I was(and still am) desperately in love with this man.

The affair continued for about five months. Then we kinda just stopped seeing each other. Well, he stopped asking to see me. I was crushed. I knew what I was doing wa wrong, but I felt that he was the only man for me.

Mom, I am so sorry. You have no idea. The other day you said “don’t ever hide anything from me”. I almost said something then. But I just couldn’t. I’m in tears writing this. I know I’ve disappointed you as a daughter and as a person. Please forgive me.

More stories from Melissa Lenox and writers in Confessions and other communities.