No, I'm Not Going To Keep Trying 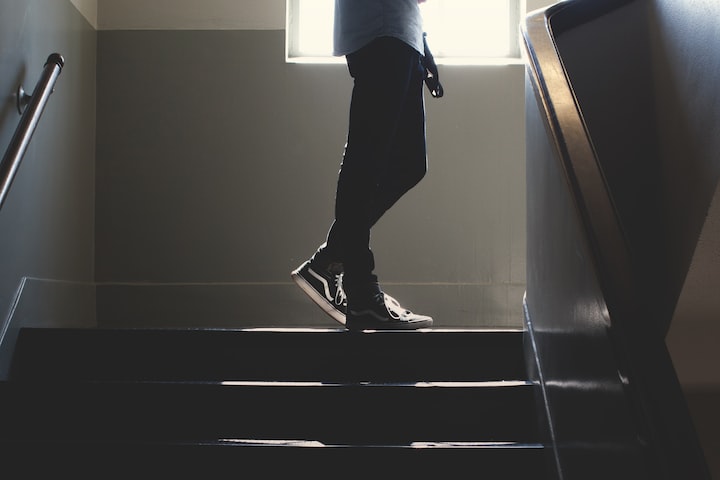 Photo by Ryan Tauss on Unsplash

As someone who's been through the wringer, I've ended up in a situation that's pretty rare. I'm in a situation where I'm so far from the norm that I don't fit in mainstream society. And for the record, it's not like I didn't try.

In some cases, I'd try to reach out more aggressively and try to get people to befriend me. I'd buy them things, passively ask to join, or just try to crack jokes. One thing I've noticed is that this often leads to me being abused. But, I tried anyway.

After years of being told that "you'll find new friends one day" and being told "just try harder, they'll like you," I realized that most people won't want me. Or at least, I felt that any acceptance from the average joe that I'd get was out of pity or sex.

Sometime around the age of 25, I realized I was never going to be traditionally popular. In order for the insiders to be insiders, there had to be an outsider. I am that outsider. That is my place among all the "norms."

The funny thing about being the permanent outsider is that it doesn't bode well for you. It makes you unhealthy. It makes you angry, bitter, violent, and foolhardy. It makes you beg, and shriek for attention that honestly should have been there from the beginning.

People don't understand (or maybe they do, and revel in it like former coworkers and classmates have) what constant rejection does to you. Had I not found a crowd that accepted me, I probably would have shot myself.

Amazingly, I did find a crowd. Problem? Everyone who was even remotely mainstream told me that they "weren't right." My crowd was filled with ravers, hard drug users, sex workers, homeless people, and even people who are career criminals.

They're what people call "trouble." I've been warned, repeatedly, to stay away from them. The thing is, I didn't see them as trouble. I still don't, to be honest. After all, they were the people who saved my life repeatedly.

People always told me that I'd be a failure for life if I stayed around them. Well, I'm not sure that's the truth. I clawed my way out of poverty. I survived more than most people would in several lifetimes. That wouldn't have happened without my friends.

It's what they said. It's what my mom said. It's what teachers said. Heck, it was even what one of them said when they made me homeless through an illegal eviction, all while telling me, "You're not a bad person."

After all, everyone had to be right, right? It had to be my friends who were hurting me the most, right? And if I kept trying to get others who were better than me to befriend me, they'd eventually see my worth, right?

I know I had worth. I just wished others saw what they saw.

My breaking point was at my last office job. The women in this job went out of their way to break me down. I explained to them, multiple times, that being excluded triggers my anxiety and that I really just want them to be kind to me.

After two years of bullying, to the point where they made fun of me being married and called me "creepy" for marrying my spouse, I looked at them one last time. I realized that they were going out of their way to hurt me, when all I ever asked from them was to be one of them.

A male colleague of mine pulled me aside after crying outside, and told me, "Don't let them get you down. Keep working. They're not your people."

It was then I realized that these people were never going to want me around them. Ever. In fact, they reveled in the fact that they had someone to push down and keep out. Without someone to beg to be around them, they couldn't feel important. Or something.

Sisyphus probably had a similar realization when he pushed a rock up a mountain. I realized that I was chasing something that was never going to be. I was trying to be someone that never existed and that there was no way I could convince them to accept me.

All they ever did was the exact thing they warned me that my real friends would do. With people like them, it would never matter if I made $1 per year or $1 million. They would never have been decent people to me. Ever.

This is because they, themselves, were not decent people. The only difference is that they're able to hide it behind that sickly polished veneer people have. I stopped caring what they had to say, because I realized nothing I'd say or do would ever make things change.

Within a couple of months after the light in my mind went up, I was laid off. I didn't cry. I knew that once they knew I knew, it was a matter of time.

After I walked out of that office, something inside me broke. I stopped even trying to talk to people who didn't hang out in areas I associate with. And to a point, I stopped being empathetic towards mainstream people.

This doesn't mean that I still don't wonder what it's like to be "normal."

I often wonder what it'd be like to have friends in the Midwestern mom type of world, where people bake pies and call people "darlin'." I occasionally daydream of having styled blonde hair and riding boots, taking photos with a bunch of girls I knew since high school.

I often wonder what life as a sorority girl was, to the point that I occasionally re-read Pledged. Once in a while, I pretend to do sorority things, even though I still don't actually know what they do for fun aside from drink.

I often wonder what it's like to be part of a team spirit thing. I occasionally appease this by jumping around and attempting to do cheerleading tricks when no one can see me. I still don't understand what football is supposed to be, though.

I often wonder what it's like to have a clique of "gentrified" Brooklyn hipsters in the city, too. You know, going to trendy restaurants, thrifting stuff. I often feel like I'm so close to finding my crowd there. However, I usually ground myself when I remember that every single interaction I had with that crowd was a terrible one.

I often occasionally make little drawings of people that don't exist, just because they would be so different from what I know. I give them names and imagine what life must be like for them. Like, Buddy Brown, the 40-year-old guy with a mullet from Detroit who's a mechanic and likes power metal.

It's a vibe. I can't help being curious about what it must be like.

I learned my place. These days, if I don't know you from adult films, a goth club, a rave, modeling, writing, or a music festival, I'm probably not going to talk to you for more than 5 minutes.

It's not a rejection, per se. It's because I realized that it's unlikely that you want me around or that you're embarrassed of me. It's because I'd rather not be disappointed by more people and I genuinely don't believe most people would bother with me.

After years of avoiding talking to most people, I kind of realized I wouldn't know what to say aside from asking trite questions and try to talk about myself until they spot something they could relate to. So, I just stare at them and it feels like observing an alien species.

Though it may seem like I'm on my own, I know I'm not. Others feel this way too. Sometimes, I have the feeling that some of my friends (and acquaintances) get the same way I do.

Sometimes we dress up in mainstream clothes to feel that "once in a blue moon" lifestyle that's so alien to us. We occasionally trade recipes, then we feel silly, and then we go back to wearing neon and bandanas. Or we talk about what others must do that seems so unique to them.

My husband occasionally appeases my love of pretending to be an old fashioned mainstream person, too. He lets me clean while I dress in 50s regalia, then eats the steak and pie I make. Usually, I put The Twilight Zone in the background to make it feel super retro.

I'm not going to lie. Part of me really, truly grieved what could have been. The other part of me realizes that it would never have worked out for me if I kept trying. But, there's a bright side to this.

I Love My People

The older I get, the more I've learned that rejection is God's protection. Most people who I have around me genuinely love and respect me. If things go south for me, I'll always have them around me. And they'll always have me too.

How do I know? They were there when I was a homeless drug addict.

At the end of the day, I'd rather be with the people who were always there for me, who had the integrity to be good even when it wasn't easy, than to be with the crowd that stigmatizes me for existing. Most of the hate I got was because I was different. My friends don't care about that!

Basic bitches, Corporate Cathies, and the gaggle of Johnny Rah-Rahs have friendship easy. Of course, they'd have friends when they just go along with the mainstream flow. Of course they'd be accepted when everyone looks and acts just like them, and when their backgrounds are all identical.