More than a strange piece of ass

Women should desire so much better for themselves 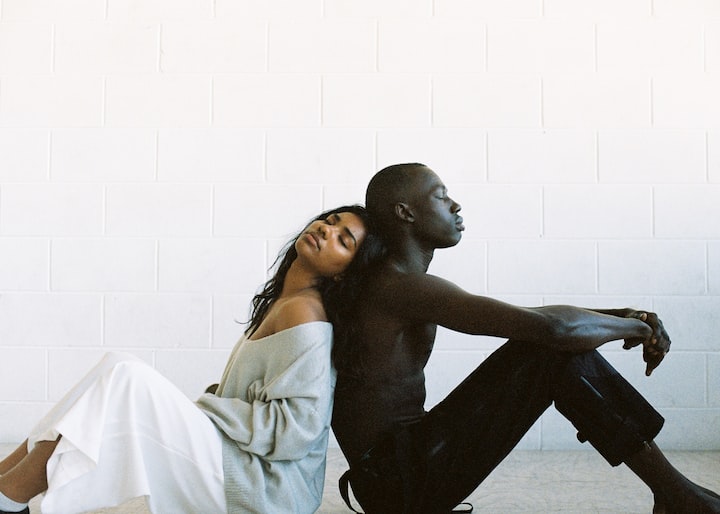 Disclaimer: As a writer, I typically don't profanity but I have found at times it is necessary to utilize actual wording or strong language to make a point. Please do not be offended and if you enjoy this story please heart, like, tip, subscribe and pledge. I am a widow trying to survive without my husband's income so thank you in advance.

Memories from the past

I woke up at 5:00 AM this morning and as soon as I sat up in bed a memory came to me. It was from 1976 the year I graduated high school and why it came back with clarity this morning I will never know. As clear as crystal I recalled a teenage boy I will call Don, say to me that his girlfriend "Jan" was nothing more than "a piece of ass.". This might not mean much today as more women desire the sexual freedom that men have always enjoyed. Back in the day, in my neck of the woods, this was a loaded statement.

It was senior year and I was sitting in the home economics class and Don was seated at the table across from me. I'm not certain how the conversation began but we were talking about dating and I brought up Jan. They lived in the same community and had an interesting dynamic. He was good friends with her two brothers who happened to be "going with" as we called it back then Don's two sisters.

I think Don may have asked about one of my friends to which I replied "I thought you were talking to Jan". Talking to, like going with meant dating although most times couples did not go out on actual dates. In a snide sort of manner Don replied to my question and said and I quote, "Jan ain't nothing but a piece of ass." "All she is good for is a piece of ass." He then went on to say that the best feeling in the world was when you have your mouth on a woman's breast and she has her hand on your private parts. Don used more descriptive language but I think you get the point.

I was a 17-year-old virgin and had not engaged in such activity and was stunned he spoke so freely of his sex life. Jan was probably only 14, possibly 15 as a freshman and Don was 19 so he could have been accused of statutory rape. I began looking at Jan differently after this day and for the rest of the school year until Don and I graduated I observed him continuing to walk her to her classes and the school bus.

From the outside, they looked like any normal couple except I never saw them really interact. I can't recall them kissing or hugging or engaged in any playful banter. I never saw them smiling lovingly at each other as most young lovers do. I do believe I saw them holding hands as few times as they walked down the halls. Perhaps Don walked with her as a way to mark his territory and let other guys know to keep their hands off because she was his "Piece of ass" so to speak.

Jan was a quiet girl who was not mouthy or a bully as were other girls in her neighborhood. She also did not carry herself as if she were the "freak of the week" and I felt sorry for her after Don disrespected her. She was probably in love, perhaps hoping for a ring and maybe marriage someday. I wondered why Don lead her on like this and talked about her in such a negative manner behind her back? Clearly, this guy had no respect for women and I wondered if he would want his sisters treated in this manner?

I wished I could tell Jan what he had said but it was really none of my business and she and I were not close. We spoke when we saw each other and that was about it. I wondered if Don had lied to Jan by telling her he loved her or if he in any way indicated to her that he did not respect her. Was she settling for this bad behavior or did she truly not know his true feelings towards her?

If Don felt free enough to share this ugly view with me then he certainly had said it to others. I was amazed that he spoke so badly of his girlfriend considering the family dynamics. I also was curious if her brothers knew how he really felt about their sister or if they even cared. In my opinion, he was giving a false impression that he cared for this girl as if she might one day be his wife. In reality, what he was saying to me is that she was just a girl he was screwing and not one that he would marry.

Perhaps Don used those words because he did love Jan but had been teased about being a one-woman man, called henpecked, or told he was whipped. I never understood why men who were in love could not stand up to those who teased them. Some married men even lie and say bad things about their wives in order to get what once was called "some strange pu$$y. They convince the other woman that they will divorce and marry them as soon as they can when they never had any intentions of doing so. I know several women who were waiting on men to divorce their wives and marry them but it never happened and they were devastated.

Girls you marry and those you don't

I grew up in a time where you were told that there were girls you marry and girls you don't. We heard that boys only want one thing and that the bad girls gave it to them while good girls waited until marriage or at least until they were engaged. I realize that everyone has their own way of looking at things as some of my friends were eager to have sex from the age of 13. One of them, at the age of 16 called my middle brother one night and asked him to deflower her because she was tired of waiting.

While some girls were eager to have their first sexual experience I wanted something more. I desired a man who would love and respect me and marry me and I believed he was worth waiting for. I was not going to simply be anyone's conquest or another notch on a belt. I did not want to put myself in a situation of "Wham bam thank you, ma'am, or being a one night stand. I was not going to be known as the good time girl that every guy could score with.

What the future holds

I recalled all of this as I pondered the reason Don's words came to me at 5:00 AM 45 years later. Ironically when I later logged on to Facebook Jan appeared as someone I might know. She was still using her maiden name and I wondered if she and Don ever married, had children or were possibly still together. Her profile yield no information except pictures of children who I assume are her grandkids. I was curious as to what her life had been like during these past 4 decades and how Don fit into it or not.

A few weeks after my conversation with Don in 1976 I met the man I later married and remained with until he died earlier this year. He was my first and my one and only and often told me he appreciated it. I took a chance just like any woman who falls in love and I am thankful it worked out for me. I certainly did not want to be just some guy's go-to "piece of ass" or "some strange" for a bored married man.

I'm sure many women who end up in such situations did not sign up for it and life simply happened to them. My advice to young women is to value themselves and what's between their legs. Strive for something better than having your body used for sex. Consider your virginity as a prized possession and even if things turn out wrong at least you had a goal in mind and did not just give it away to everyone. Rather than want to do what men have always done why not consider placing a value on your body. I was fortunate to be loved and valued and know I was more than just a piece of ass. That's not putting down anyone who ended up that way. It's just my truth.

More stories from Cheryl E Preston and writers in Confessions and other communities.